Education and Culture Minister Myron Walwyn’s defamation lawsuit against Virgin Islands News Online owner Julian Willock has been sent to mediation, according to High Court Registry documents. The decision was …

END_OF_DOCUMENT_TOKEN_TO_BE_REPLACED 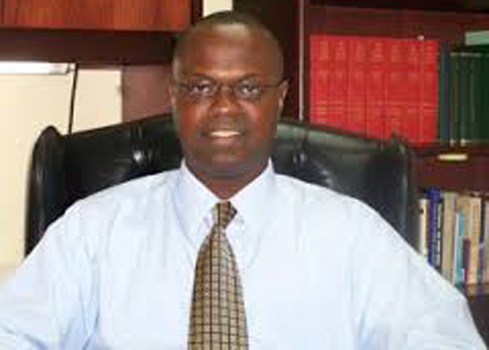 The decision was made last month by High Court Master Fidela Corbin-Lincoln, who stated in her order that “the parties should endeavour to have this matter resolved in a non-litigious manner.”

According to the Eastern Caribbean Supreme Court’s website, mediation is a dispute-resolution process where an impartial mediator meets with the parties in an effort to resolve their dispute outside of court.

“Mediation is becoming very popular as a means of resolving disputes, since it is invariably less confrontational, is often simpler and thus cheaper and has the added benefit of being able to be decided by whatever means the parties to the mediation agree between them,” the ECSC’s site states.

Mediation is initiated if both parties notify the court that they wish to undergo the process, or if the High Court orders it.

In this case, the court ordered mediation despite the fact that Mr. Walwyn was not “amendable to mediation because [he said Mr. Willock] has defamed him previously,” according to Ms. Corbin-Lincoln’s mediation referral order.

Both Mr. Willock and Mr. Walwyn are required to attend the mediation sessions, which were to start within 45 days of Ms. Corbin-Lincoln’s Oct. 6 order, according to the ECSC.

It is not clear whether the sessions have taken place: Mr. Walwyn declined to comment and Mr. Willock stated Tuesday that he was “not aware” of the matter.

Both parties were also required to sign a confidentiality agreement prior to the commencement of mediation, as per a provision in Ms. Corbin-Lincoln’s order.

They are scheduled to report to the High Court on Dec. 2 for further case management.

The conflict stems from a speech Mr. Walwyn made in the House of Assembly on March 23, when he admonished Opposition Leader Julian Fraser for nominating Mr. Willock to the Public Service Commission, the body that has the power to appoint and discipline public servants.

“How you going to take somebody who got fired for misconduct and put them to adjudicate on who come in the civil service? And you could nominate him because he support them in the election?” Mr. Walwyn asked, apparently referring to Mr. Willock’s role in providing public relations services for Mr. Fraser during last year’s election campaigns.

The day after Mr. Walwyn’s HOA statement, which did not mention Mr. Willock by name, the publisher responded in an e-mail sent to the media and an article published on VINO, which accused the minister of abusing his powers and stated that he isn’t qualified to hold office.

The e-mail and article are the subjects of Mr. Walwyn’s lawsuit: The minister — who because of parliamentary privilege cannot be sued for statements he makes in the HOA — is seeking to collect damages for libel and to have the article removed from VINO, ac- cording to the claim form filed by his attorney, Asha Johnson, on May 8.

Attorney Charmaine Rosan-Bunbury is representing Mr. Willock in the matter.