Premier Andrew Fahie launched a new programme last week designed to boost employment in all districts across the territory. The “1,000 Jobs in 1,000 Days” initiative seeks to match employers …

END_OF_DOCUMENT_TOKEN_TO_BE_REPLACED

by jwaldinger@bvibeacon.com and Joey Waldinger | August 31, 2019 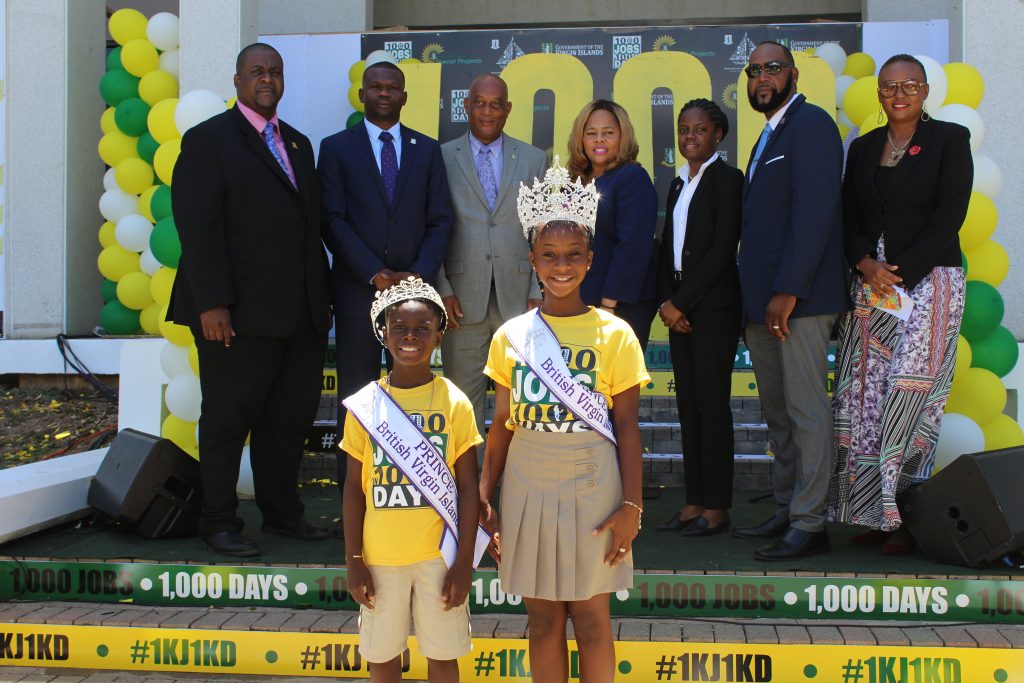 Premier Andrew Fahie launched a new programme last week designed to boost employment in all districts across the territory.
The “1,000 Jobs in 1,000 Days” initiative seeks to match employers who have vacant positions with prospective employees with relevant skills and interests. To support the programme, government will offer workshops and pay bonuses to participants who remain employed for at least a year in positions found through the programme.
Addressing a crowd that included government officials, business leaders and aspiring workers, Mr. Fahie said during the Aug. 14 launch ceremony that the effort is an attempt to bolster prospects for jobseekers, who often feel as if there are few opportunities for professional advancement.
“Your government has pledged to make some dramatic changes to the way we do things in the territory and to transform this country, starting with ensuring that all Virgin Islanders who want to work are able to access work,” he said.
This initiative builds on similar efforts that have been launched recently, including the “Back to the Sea” Maritime Industry Training Programme, which held its first round of sign-ups after the Aug. 21 press conference.
Job readiness
Mr. Fahie said he expects companies that hire employees through the initiative to help the recruits succeed by offering some measure of “on-the-job training.”
His government, too, will assist potential employees in becoming qualified for various careers, he said, adding that each applicant will participate in a week long work force-training “bootcamp.”
To help ensure that participants work hard to excel in their new position, the premier said, government officials will conduct weekly check-ins.“Once you are serious, committed and willing, your government will stand behind you,” he added.
Financial incentive
Individuals who find employment through the programme and hold their job for over a year will receive a financial award from the government equivalent to 10 percent of their salary, Mr.Fahie said.
“I look forward to paying 1,000 such rebates,”Mr.Fahie said, referencing the name of the programme. Government officials did not say how many businesses have already sought employees through the programme, but during the press conference Shereen FlaxCharles, the junior minister for tourism, said she had spoken to about four employers who were interested in making immediate hires.
Work force boost
Through the programme, government intends to tap new members of the workforce from across the territory, and will hold sign-ups in all nine districts, Mr.Fahie said.
Kaheem Malone has been searching for a new job for two weeks, but has found the task difficult, he said.
With the help of the initiative, he thinks that finding employment in an area he finds interesting and challenging will become easier.
“At first I couldn’t find the right job,” he said, adding, “Now I feel that I could find the rightjob.