More than 1,000 people marched from the Sunday Morning Well to the Governor’s Office on Thursday to protest the recent passage of a bill in the United Kingdom requiring the …

END_OF_DOCUMENT_TOKEN_TO_BE_REPLACED 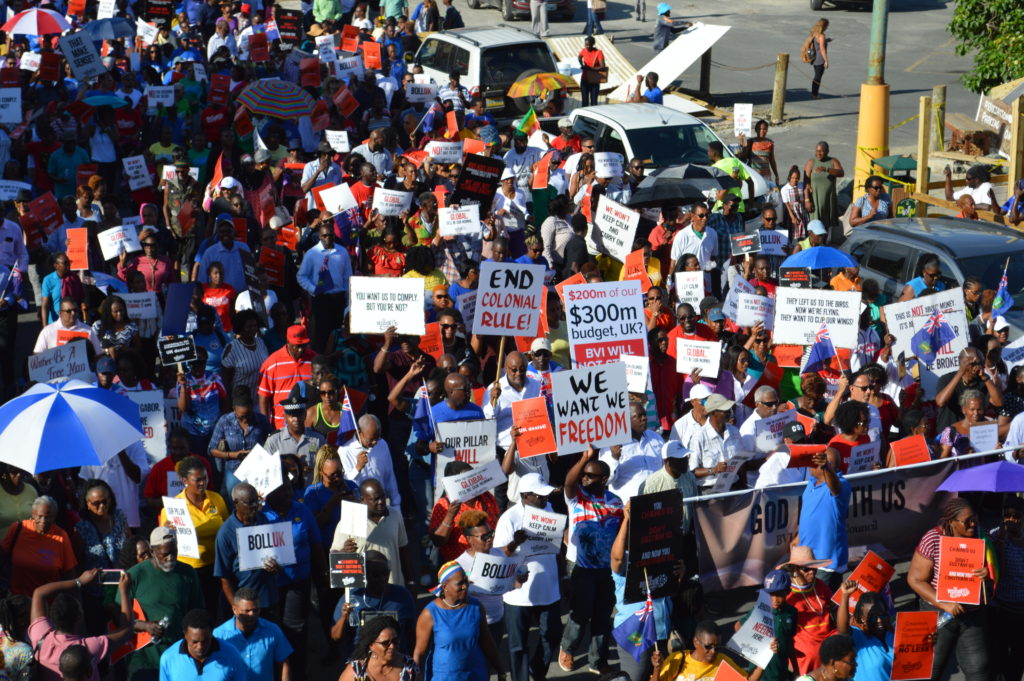 Protesters march down Waterfront Drive during the Decision March in May. (Photo: CONOR KING DEVITT)

More than 1,000 people marched from the Sunday Morning Well to the Governor’s Office on Thursday to protest the recent passage of a bill in the United Kingdom requiring the overseas territories to establish public registers of company ownership by the end of 2020.

The demonstration, organised by various community members including New Life Baptist Church Pastor John Cline, the former chairman of the BVI Health Services Authority, and Ayana Hull, a lawyer at Harneys, included various speeches from members of the House of Assembly, as well as Patsy Lake, a participant of the Positive Action Movement of 1968. 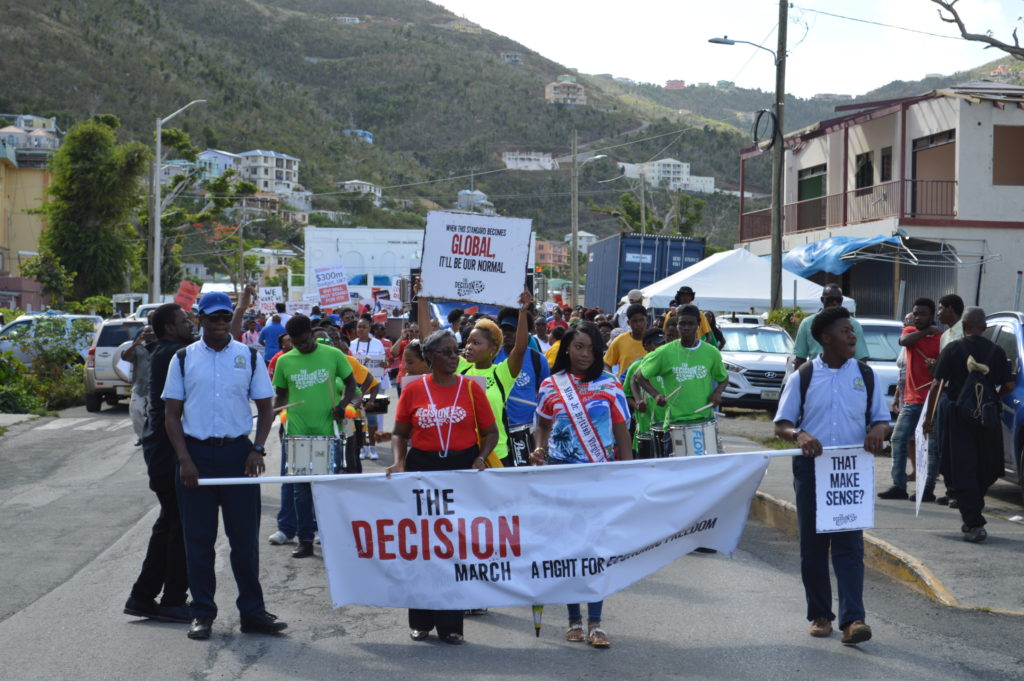 March participants criticised what they saw as UK legislative overreach and an unfair intervention into the Virgin Islands’ economy, arguing that the UK bill called for measures that were not yet global standards.

“They chained, didn’t sustain us and now they constrain us,” some of the protestors’ placards read.

“When the standard becomes global, it’ll be our normal,” read others.

Protest organisers also passed around a petition calling on the UK to “stay the decision” requiring public registers until the UK government could reach a fairer agreement in line with the territory’s 2007 Constitution.

At the conclusion of the march, the petition was delivered to Acting Governor David Archer. Governor Gus Jaspert is away to the UK on a trip that was scheduled prior to the march.

Before delivering the petition, however, numerous people spoke to the crowd about the meaning of the march. 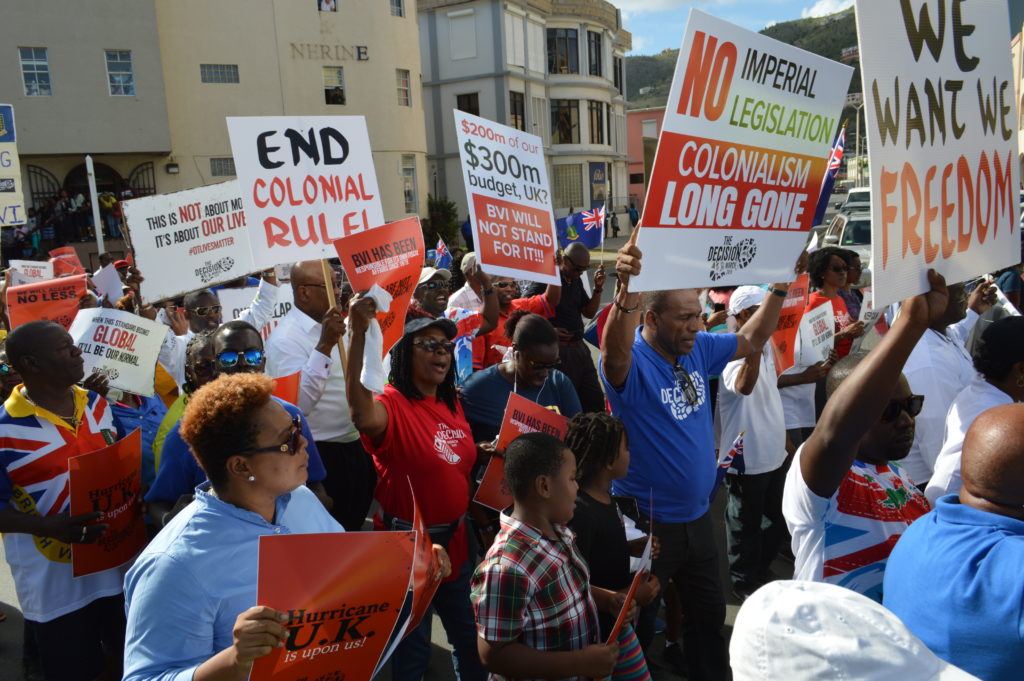 “[The UK] told us since 1976 that we should find a way to support ourselves,” Mr. Cline said to protestors after they reached the Governor’s Office. “And found a way we did! Tourism and financial services became two of our main economic pillars. Unfortunately, as you know, one of them was impacted greatly by the storm. Now here comes Hurricane UK trying to take the other one from us!”

Ms. Lake argued that the march could make a serious difference despite the fact that the UK’s bill received the royal assent and became law the day before.

“In 1968, when I was just a little younger, I walked alongside one of our greatest national heroes, Mr. Noel Lloyd, and others, to retrieve Wickhams Cay from those persons that wanted to claim it for their own,” Ms. Lake explained. “This decision was already made. The investor was already spending his money and everyone kept saying nothing could be done. Who tell you so? When the people speak, much can be done!”

After the 1968 protest, the British government bought back Wickhams Cay in 1971 from the investor, Ken Bates.

This week, some of the protestors seemed to believe similar change is possible now.

“I think we have to be realistic about what the march is,” said Dylan Penn, the deputy chief physical planner at the Town and Country Planning Department. “It’s a statement. It’s symbolic. It’s meant to spark consciousness. I believe that anything where we see the unity of the people has the potential to make a difference.”