Almost six months after the murders of 11-year-old Trinity Moses and Franklin Penn Jr., police are offering a $100,000 reward for information about their killers. Officers of the Major Crime …

END_OF_DOCUMENT_TOKEN_TO_BE_REPLACED 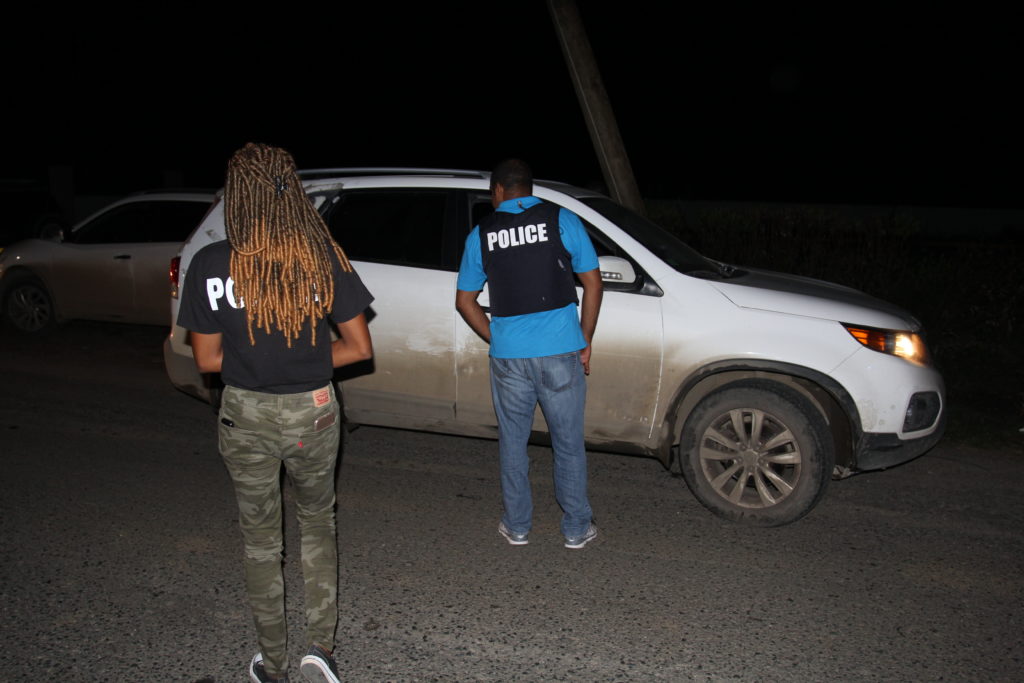 Police investigate the scene of Trinity and Mr. Penn’s murders in November. Officers said this week that they are no closer to determining a motive for the shooting. (Photo: PROVIDED)

Almost six months after the murders of 11-year-old Trinity Moses and Franklin Penn Jr., police are offering a $100,000 reward for information about their killers.

Officers of the Major Crime Team are “no closer to determining the motive” behind the November shooting, police reported in a Monday press release.

Lead Detective Inspector Joe Goff said the two victims were likely not the intended targets of the gunmen.

But police hope that the hefty reward, which was recently approved by the National Security Council, will encourage those with information about the killers to speak up.

“Pursuing lines of inquiry can be doubly difficult when the assailants in a murder case cannot be linked to the victims or the intended targets,” Mr. Goff said. “We need members of the public to come forward and shed some light on who may have been the intended target and why.

“We have families still so broken, unable to make sense of what has happened. Not only is Trinity’s family distraught, but her young classmates and playmates are distressed as they are forced to interpret a very different world where they can lose their lives without justification, justice or protection from our society.”

The assailants rode to West End to carry out the shooting on Nov. 22, police said, adding that they used a large, high-powered automatic weapon that “would be very hard to conceal.”

Detectives are asking anyone with information about scooter riders who were acting “suspiciously” or “particularly quarrelsome or angry” on the night of the murders to come forward.

“These families and our children particularly need to feel secure again,” he said. “They need and deserve to know why their love ones were so violently taken.”

The entire $100,000 reward will be given to the person with information that leads to the identity and charges against the individual (or individuals) involved in the murder, police said.

A portion of the money also may be given to a person who provides information considered valuable to the investigation.

“All information will be held in the strictest confidence,” police reiterated.