11 graduate with EMT and AEMT certificates

It was an occasion of pomp and circumstance for 11 people who received their basic and advanced emergency medical technician certifications. Some completed their advanced EMT certificates while others will step …

END_OF_DOCUMENT_TOKEN_TO_BE_REPLACED 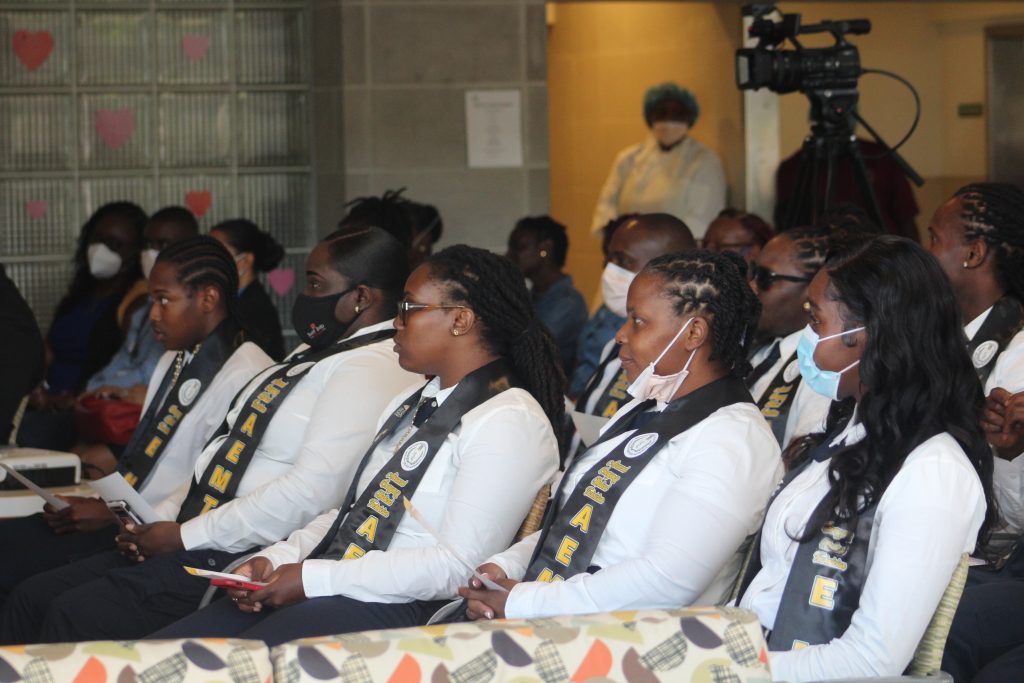 It was an occasion of pomp and circumstance for 11 people who received their basic and advanced emergency medical technician certifications. Some completed their advanced EMT certificates while others will step into the role for the first time.

During a ceremony in the Dr. D. Orlando Smith Hospital lobby last Thursday, Emergency Medical Services Supervisor Deon Sagala said that the occasion was a “long time coming for the Virgin Islands.”

“Usually in the past you would have to leave the island for training or the advanced certificate. Now we are able to train our own people locally and upgrade them to advanced EMTs as well,” he said. “As it stands, we have nine EMTs who are promoted to advanced EMTs in our department, which makes me very happy because this increases the quality of care we are able to
provide to the public.”

The feat was possible through a collaboration between the BVIHSA and the H. Lavity Stoutt Community College, according to Dr. Arlene Smith-Thompson, HLSCC’s vice president of academic affairs.

Student respondent Kevin Burgess recollected the challenges that the students faced during the “extended course,” including having to resort to online classes during the pandemic.

He told his classmates to “never give up” and to “stay motivated” throughout their careers. Acting BVIHSA CEO Dr. June Samuel said that conversations about increasing the territory’s capacity to train EMTs began around 2017.

Dr. Samuel noted that the two organisations will take their collaboration into other areas in the future.

Health and Social Development Minister Marlon Penn said that the programme would continue to receive financial support to ensure its progression.

“The field of EMTs is a very important cog in the healthcare provision in this territory because you are the first responders,” said Mr. Penn while commending existing EMTs for their commitment despite challenges like Hurricane Irma and the pandemic.