Local News > 1,273 got belongership through ‘fast-track’

1,273 got belongership through ‘fast-track’

Under a “fast-track” programme launched in July 2019, government processed 1,321 new applications for belongership and 320 backlogged applications, according to Natural Resources, Labour and Immigration Minister Vincent Wheatley. Of …

END_OF_DOCUMENT_TOKEN_TO_BE_REPLACED 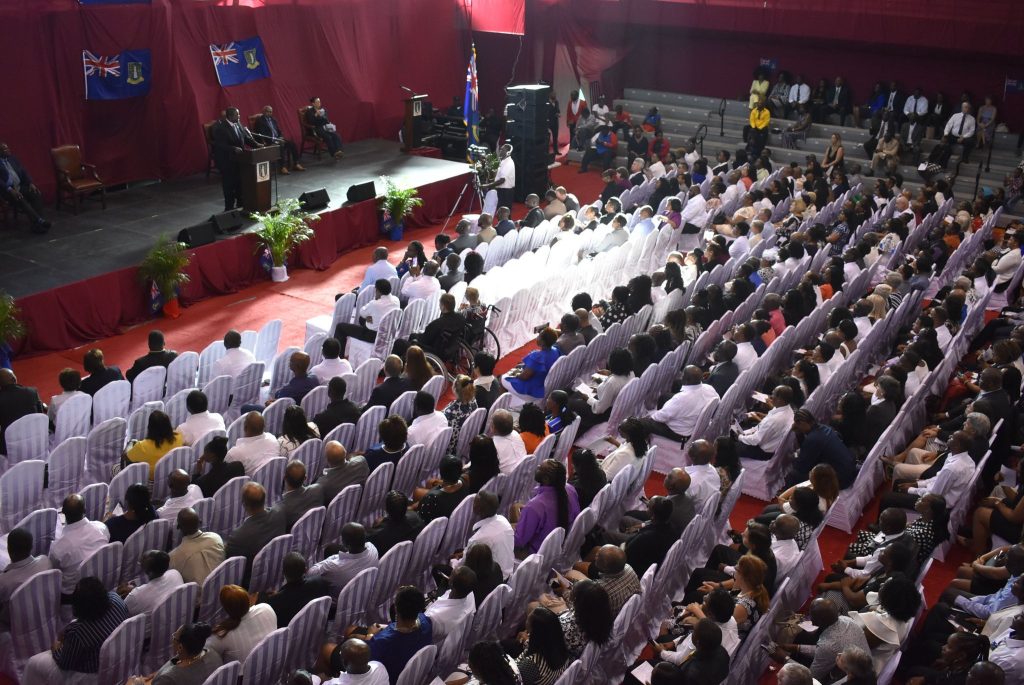 Under a “fast-track” programme launched in July 2019, government processed 1,321 new applications for belongership and 320 backlogged applications, according to Natural Resources, Labour and Immigration Minister Vincent Wheatley.

Of those, his ministry approved 1,273, Mr. Wheatley said on March 10 in response to questions from Opposition Leader Marlon Penn in the House of Assembly.

However, the minister deflected other inquiries from Mr. Penn, including questions about how long the new belongers had lived in the territory before they received their status.

Mr. Penn began the question-and-answer session by asking the minister how many applications were received, the place of residence of the applicants, how long they’ve lived in the Virgin Islands, how many were approved, and how many were denied.

The minister said the information was provided to all the members of HOA in an appendix, which he did not read aloud and which has not been provided to the media.

After hearing his answer, Mr. Penn asked the minister how many applicants were granted belonger status under his discretion and how many had lived in the territory for fewer than five years.

Mr. Wheatley responded that no applicants “are granted any status on the minister’s discretion.” A few such applications “might have been granted” by Cabinet, he added, but he didn’t say how many.

Mr. Penn also asked if government rejected any applications for people who had lived in the territory for 18 or 19 years.

Mr. Wheatley said some applications were denied, but he “could not tell [Mr. Penn] at this point” how long those applicants had lived in the territory.

In response to Mr. Penn’s questions, Mr. Wheatley also gave a brief history of efforts to reform the belongership process.

The “issues surrounding status in this territory are longstanding” and have been “problematic” for previous governments as well, he explained.

He added that many attempts have been made by previous administrations to bring some “level of fairness and balance” in awarding status.

In 2004, the National Democratic Party-led administration developed recommendations for addressing the backlog of applications in order to address the increase of people eligible for status, he explained.

But many of those recommendations were not followed, according to Mr. Wheatley.

Then in early February 2019, he added, the previous government attempted “to regularise persons through a fast-track programme,” he explained.
“Only two categories were successful in making the list: Those who have made substantial domestic investments and those who had a substantial basis presence, mainly in the financial services industry,” he said, adding that 71 people were naturalised in early 2019.

After the Virgin Islands Party came to power in late February 2019, the new government tackled the issue, including passing an amendment to the Immigration and Passport Act facilitating citizenship for people whose great-grandparents were born in the VI, Mr. Wheatley added.

And in May 2019, Premier Andrew Fahie announced a fast-track programme that would have granted belongership to people who have lived in the territory for 15 years — a jump down from the previously mandated 20 years.

Ultimately, however, the requirement remained at 20 years after Mr. Fahie and the government heeded the cries of Virgin Islanders who called the original plan “flawed” and “illegal” and claimed that they had been excluded from the decision-making process.

The 1,273 successful applicants announced by Mr. Wheatley last week apparently include those recipients and more.