A Guyanese woman escaped Monday from the temporary immigration detention facility at Hotel Castle Maria, but she was recaptured by late Tuesday morning, the Immigration Department announced. Ianna Thomas was …

END_OF_DOCUMENT_TOKEN_TO_BE_REPLACED 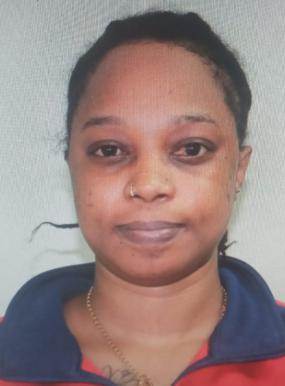 Guyanese national Ianna Thomas escaped from the temporary immigration detention facility at Hotel Castle Maria on Monday, but she was re-captured by Tuesday morning. At least 14 migrants have escaped from the facility in less than a year.(Photo: Provided)

A Guyanese woman escaped Monday from the temporary immigration detention facility at Hotel Castle Maria, but she was recaptured by late Tuesday morning, the Immigration Department announced.

Ianna Thomas was at least the 14th migrant to escape from the facility in less than a year. Her escape — which was initially announced Monday by Deputy Chief Immigration Officer Nadia Demming-Hodge — was the latest of several escapes from the facility during a time when the territory has seen a surge in migrants.

Previously, Haiti national Elena Milford fled the hotel in May. “The necessary searches are ongoing to locate the detainee and the public is asked to be vigilant as Ms. Milord may present as a male with full facial hair at times,” the Immigration Department stated in a press release on May 20.
No recapture was announced.

Before that, eight migrants escaped from the hotel in March, according to the department. Five were Haitian and two were Venezuelan, but officials did not disclose the nationality of the eighth. Officials later said that three had been recaptured.

The news website BVI News also reported recently that three migrants escaped from the facility on June 23. The Immigration
Department did not publicly report that incident, and neither Chief Immigration Officer Ian Penn — who is on annual leave — nor Ms. Demming-Hodge have responded to recent queries from the Beacon about migrants.
However, then-Natural Resources, Labour and Immigration Minister Vincent Wheatley addressed the issue during a March press conference.
“I don’t think that Castle Maria … was designed for as many persons as we tend to get sometimes,” Mr. Wheatley said. He added that the detained migrants pose “a security challenge for police officers … to manage. I cannot say why they’re escaping.”

VI officials have struggled in recent years to respond to an apparent surge in migrants landing in the territory, many of whom may be fleeing political and economic turmoil in Haiti and other countries.
So far this year, law enforcers have detained at least 76 migrants.
On July 18, police captured and detained 19 migrants and a Chalwell Estate captain after a boat chase that ended in Manuel Reef.
The Police Information Office said the migrants were nationals of Venezuela, Cuba, the Dominican Republic and Guyana.
On April 24, Joint Task Force officers apprehended 15 migrants after responding to reports of an abandoned vessel on Anegada. They included Haitians, Colombians and Romanians, the JTF stated.

About a month earlier, on March 23, JTF officers detained about 23 migrants on the south side of Virgin Gorda, Customs Commissioner Wade Smith told the Beacon at the time.
Citing security concerns, Mr. Smith declined to say where the migrants were being held, though he confirmed that they were all under the Immigration Department’s supervision.
The detainees were adults of “various different ages” from “various countries,” Mr. Smith added.
In late January, customs officers detained 30 more migrants after responding to a report of a suspicious vessel near Kingstown.

Mr. Smith said at the time that there were men, women and children aboard the boat, but he declined to provide specifics about their ages, genders or nationalities.