Last Thursday, 14 police recruits became constables following six months of training provided in the territory with the help of the H. Lavity Stoutt Community College, according to a Saturday …

END_OF_DOCUMENT_TOKEN_TO_BE_REPLACED 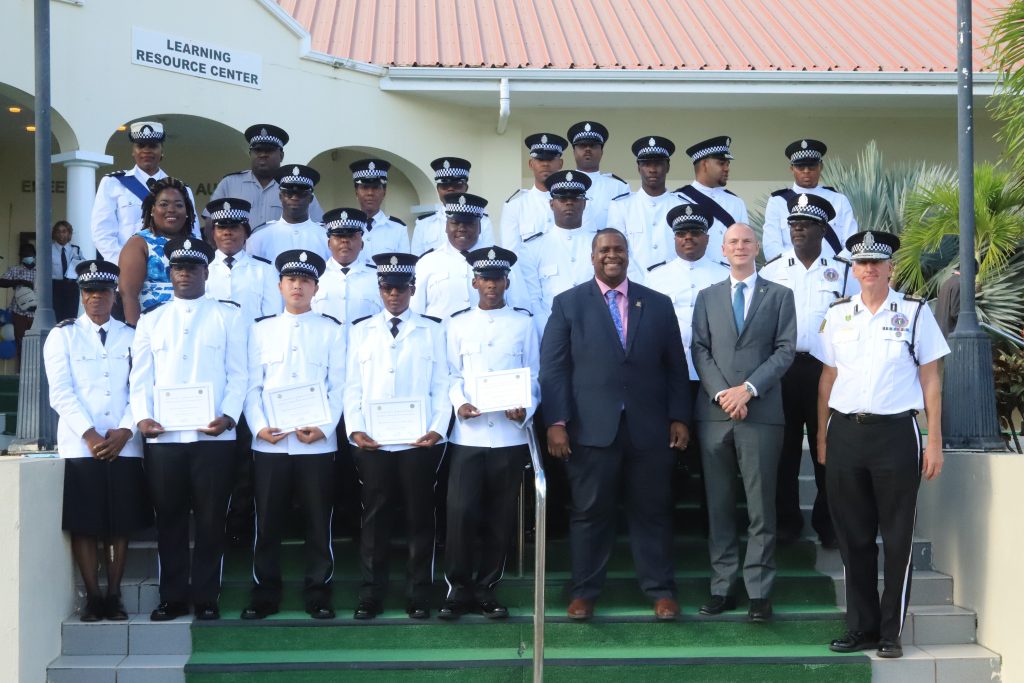 Last Thursday, 14 police recruits became constables following six months of training provided in the territory with the help of the H. Lavity Stoutt Community College, according to a Saturday police press release.

During a ceremony that day, Lesnoro Davis received eight of the 15 awards handed out, including the Commissioner’s Award for Excellence, the press release states.

“Although we have arrived at the end, do not think that this is the end of the journey: This is just the first leg of the race,” Mr. Davis said.

The cohort included eight men and six women, and they add to the nearly 70 other new officers hired since 2017, according to Police Commissioner Michael Matthews.

In his remarks to the co-hort, Mr. Matthews said he was proud not only of the new constables, but of the whole police force for continuing to find, train and deliver good police officers, the press release states.

“We are thankful for being able to serve the people of the Virgin Islands without favour or affection, malice or ill will,” Mr. Matthews said.