For youths graduating Elmore Stoutt High School last Thursday, the feat did not come easy. “We have worked for six long years,” said salutatorian Kaeli Alphonso, who gave an opening …

END_OF_DOCUMENT_TOKEN_TO_BE_REPLACED 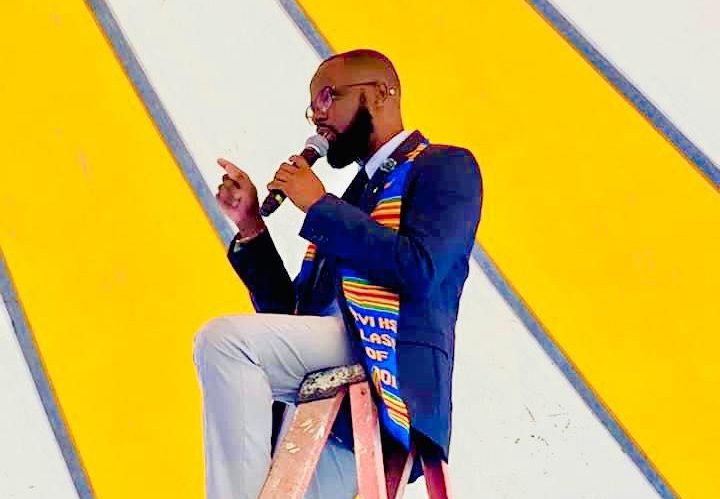 “We have worked for six long years,” said salutatorian Kaeli Alphonso, who gave an opening speech at the ceremony held at H. Lavity Stoutt Community College. “Going through hurricanes Irma and Maria and the Covid-19 pandemic did not make getting our diplomas any less challenging.”

The three-hour ceremony was held outside under a large tent, and it was live-streamed on Facebook.

Of the 145 graduates, 61 already completed some college courses at H. Lavity Stoutt Community College, and 11 enrolled full-time there after graduation.

Three graduated as high honour students with a 91 percent average or above in grades 11 and 12, and more than half graduated with honours.

Cecoi Smith, the first male ESHS valedictorian in nine years, spoke of the way he and his fellow classmates persevered.

“No matter which path you take, remember that it won’t always be easy,” he said. “But you have to keep pushing and keep striving to get over the many obstacles life may throw at you.”

Keynote speaker and alumnus Rick Grant climbed a ladder during his speech to drive home the point to “keep climbing.”

Premier Andrew Fahie gave a speech congratulating the graduates and encouraging them to “find their purpose.”

Deputy Premier Dr. Natalio “Sowande” Wheatley said during his speech that 880 million people around the world had their education disrupted due to Covid-19. He also commented on the online schooling system that the territory implemented, followed by a shift system for in-person classes once restrictions lifted.

“Despite your challenges, you did it,” he said. “This day would not be possible without your grit and determination.”

Other graduations throughout the territory in recent days included the Claudia Creque Educational Centre’s Secondary Division on Anegada on June 23. The two graduates were salutatorian Shakoi White and valedictorian Nicholos Smith.

The Virgin Islands School of Technical Studies held a ceremony on Friday, where the 15 graduates included valedictorian Beyonce Penn and salutatorian Keyana Parker.

Cedar International School hosted its graduation on Monday at HLSCC with 16 graduates, and St. George’s Secondary held its ceremony on Tuesday.