Fourteen new recruits to the Royal Virgin Islands Police Force were sworn in on Monday, adding to the existing four officers who are being locally trained. The new recruits consist …

END_OF_DOCUMENT_TOKEN_TO_BE_REPLACED 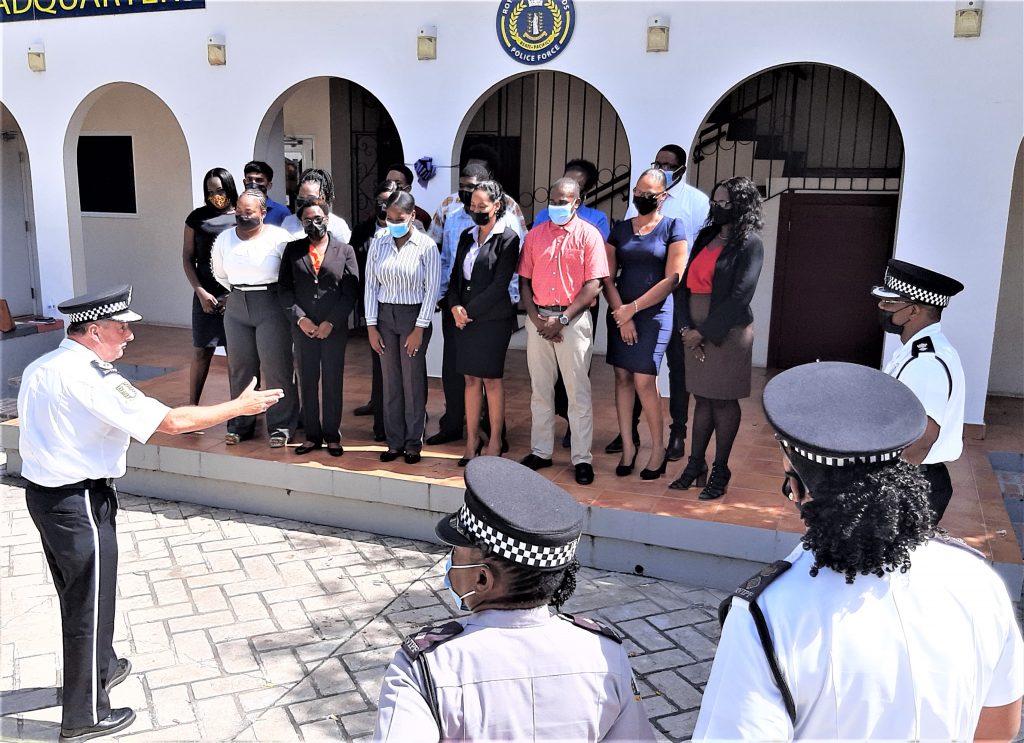 Fourteen new recruits to the Royal Virgin Islands Police Force were sworn in on Monday, adding to the existing four officers who are being locally trained.

The new recruits consist of 11 constables and three auxiliaries, according to a police press release.

They gave their oath of allegiance at the Police Headquarters in Road Town in the presence of Commissioner Mark Collins, Acting Deputy Commissioner Jacqueline Vanterpool and Superintendent St. Clair Amory.

Eight of the new recruits are Virgin Islanders or belongers, and six are from other Caribbean countries. Seven are males and seven are female.

All 18 trainees will complete a six-month basic police training programme with foundations of policing both in theory and in practice, the release stated.

Lectures will be conducted by Inspector Beverly James and held at the Marine Centre of the H. Lavity Stoutt Community College.