The Recovery and Development Agency collaborated with the Department of Waste Management to remove about 180 derelict vehicles from Virgin Gorda last week, according to Government Information Services. The step …

END_OF_DOCUMENT_TOKEN_TO_BE_REPLACED 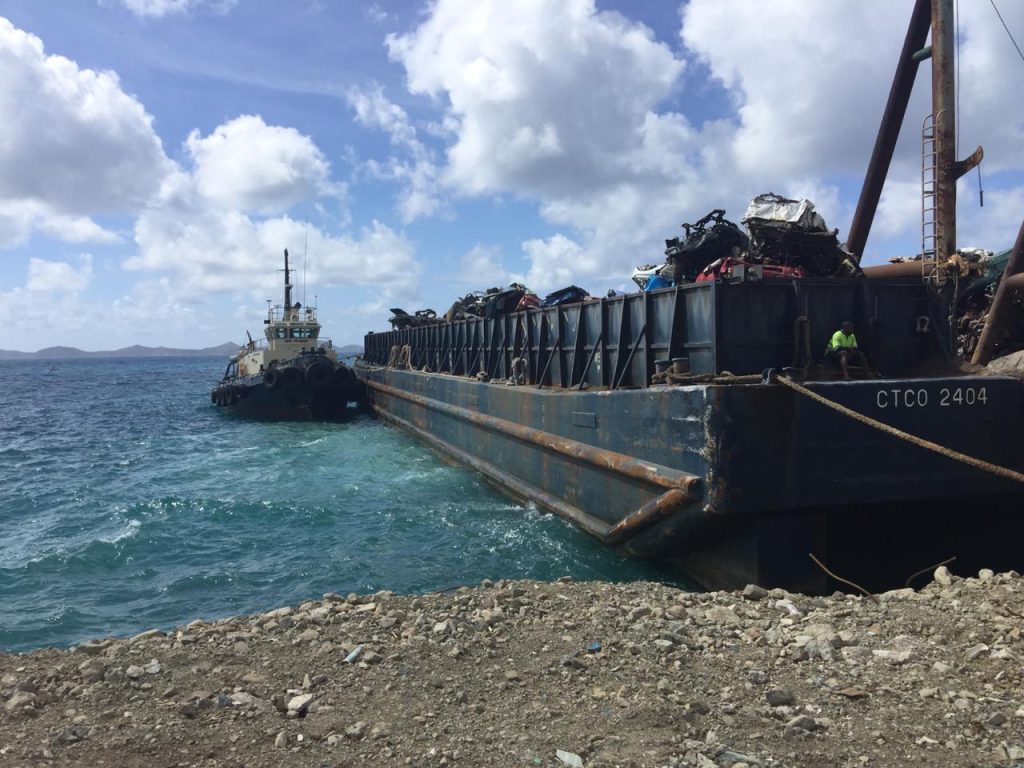 The Department of Waste Management transported about 180 derelict vehicles from Virgin Gorda to Tortola last week.

The Recovery and Development Agency collaborated with the Department of Waste Management to remove about 180 derelict vehicles from Virgin Gorda last week, according to Government Information Services.

The step was the latest in a series of government and RDA efforts to process and remove the bulky waste, debris and derelicts that Hurricane Irma left strewn throughout the territory.

“We began crushing cars and metals in late 2018 in Tortola and had Virgin Gorda on the schedule but were met with some delays from other events taking place such as the fire at the incinerator,” DWM Manager Greg Massicote said in a press release.

The 180 cars they removed from VG last week represented the majority of the derelicts on the sister island, he added. They were sent to Tortola for processing and eventual exportation, according to GIS.

They won’t be the first exports: In March, government sent about 1,700 tons of scrap metal and 600 derelict vehicles to Colombia for recycling, GIS reported.

Last week, government invited contractors to tender for additional solid waste cleanup contracts throughout the territory. Bids are due on May 7.

The RDA is also working to get rid of hundreds of derelict boats that still litter the VI’s shores and waters. As of January, the agency estimated that 280 such vessels need to be disposed of.