A cohort of freshly registered British citizens, the first from the Virgin Islands since the United Kingdom withdrew from the European Union on Jan. 31, celebrated their new status last …

END_OF_DOCUMENT_TOKEN_TO_BE_REPLACED 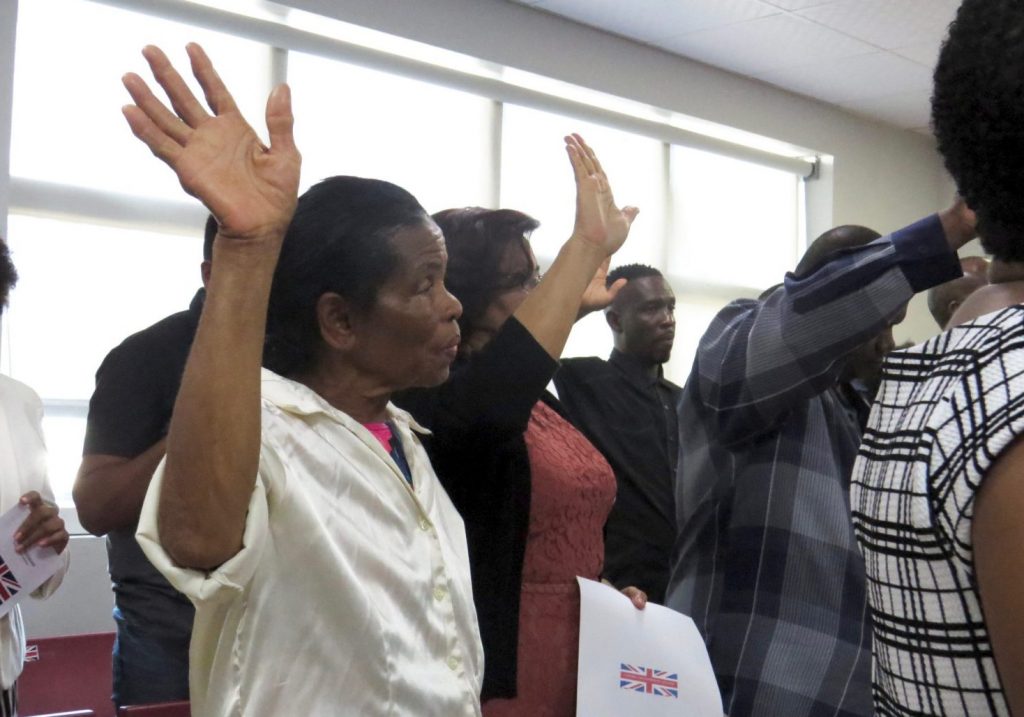 A cohort of freshly registered British citizens, the first from the Virgin Islands since the United Kingdom withdrew from the European Union on Jan. 31, celebrated their new status last Thursday at the Civil Registry and Passport Office.

Though the ceremony typically takes place at the Government House, Governor Gus Jaspert explained that renovations forced the change in venue.

And rather than shaking hands, the soon-to-be citizens and the governor bowed to one another as he doled out their certificates — a cautionary measure motivated by the COVID-19 pandemic.

Mr. Jaspert reminded attendees that as new citizens, they would represent British values to the rest of the world.

The governor added that it is important to celebrate such accomplishments.

“And part of today is formally recognising you as part of a new community,” he said.

The 32 recipients of British citizenship collected their certificates and then swore a pledge of loyalty to the UK.

Registrar General Stephanie Benn said the new citizens should treat their certificates with special care and bear in mind the responsibilities they entail.

“Today is a significant day for all as we gather here to recognise and welcome the [32] British citizens through naturalisation,” Ms. Benn said. “As a British citizen, you will have many rights and privileges around the world.”

Though their new status comes with certain rights to travel and work in the EU — some of which could change soon because of Brexit — Ms. Benn joked that now might not be the best time to exercise those rights given the spread of COVID-19.

Via the UK’s membership in the EU, people who hold UK passports benefitted from visa-free travel to the European Schengen Area and the right to work, study and do business in the EU countries. World leaders are negotiating how these privileges could change at the end of the year, after the UK finishes its transition out of the union.