$2.4m dished out for unemployment relief

END_OF_DOCUMENT_TOKEN_TO_BE_REPLACED 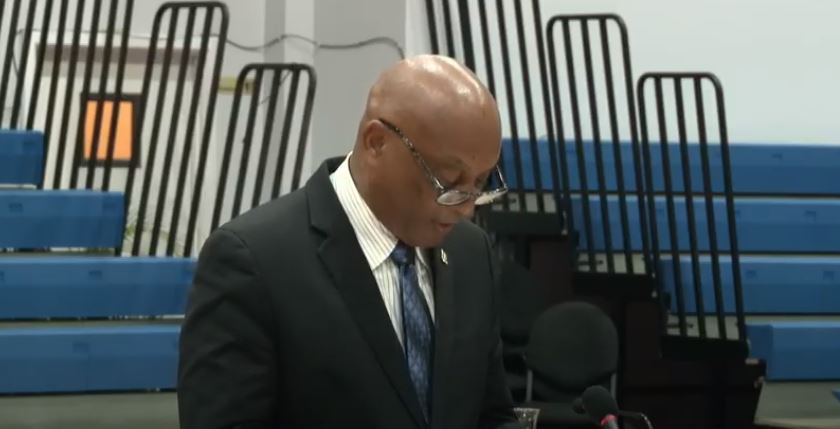 Out of 7,650 claims made to access part of the government’s $10 million Unemployment Relief Fund, 1,738 people have received a total of $2,421,238.32, according to Natural Resources, Labour and Immigration Minister Vincent Wheatley.

“We have reached the peak of the processing of the Covid-19 unemployment/underemployment claim applications,” Mr. Wheatley said Tuesday in the House of Assembly, where he revealed the recent numbers. “It is estimated that the unemployment claimed will be completed within two weeks.”

On the other hand, he said, the “intricacies” involved in the underemployment claims have taken more time. These complications include verifying employment, gauging the differences in earnings, and determining which employers have contributed as required to National Health Insurance and the Social Security Board.

SSB staff, he added, have called employers and urged them to pay outstanding contributions.

“We are pleased to report that their methods have been working well, and that claims have been adjusted and paid,” he said. “It is important to note that a claim cannot be denied due to nonpayment of contributions.”

At the same time, the SSB still has to process other claims regularly received by the department. It is behind one month in processing these claims, since employees have been processing Covid-19 claims full-time, he said.

Of a larger $40 million grant from the SSB, $6.5 million were directed towards supporting struggling businesses in the territory. Applications for assistance are still not available, but Ms. Flax-Charles gave an update on the initiative.

Ms. Flax-Charles said a committee was established consisting of representatives from the Premier’s Office, the Ministry of Finance, and the Department of Trade, Investment Promotion and Consumer Affairs.

“The committee has been working to ensure the effective administration and management of the application process for the approval and disbursement of grants,” she added.

The committee’s first priority was to establish policy guidelines to “ensure transparency and accountability,” and it will monitor the programme through surveys, group discussions and interviews throughout its implementation, according to Ms. Flax-Charles.

The application form will be posted online, and provisions will be made for anyone unable to complete an online form, she said.

One requirement to access the grant is for businesses to prove the existence of a business plan and strategy, according to the junior minister.

Information on each business’s plans and financial and reporting infrastructure will be collected, she explained, and for businesses that don’t have these in place, the government will host a certificate training programme.

The training, she explained, will be aimed at “sensitising applicants to the importance of these tools and providing general guidance, … as well as to strengthen their entrepreneurial skills.”