The H. Lavity Stoutt Community College is $2 million in debt and at risk of losing its accreditation, Premier Andrew Fahie said during the budget debate last Thursday in the …

END_OF_DOCUMENT_TOKEN_TO_BE_REPLACED 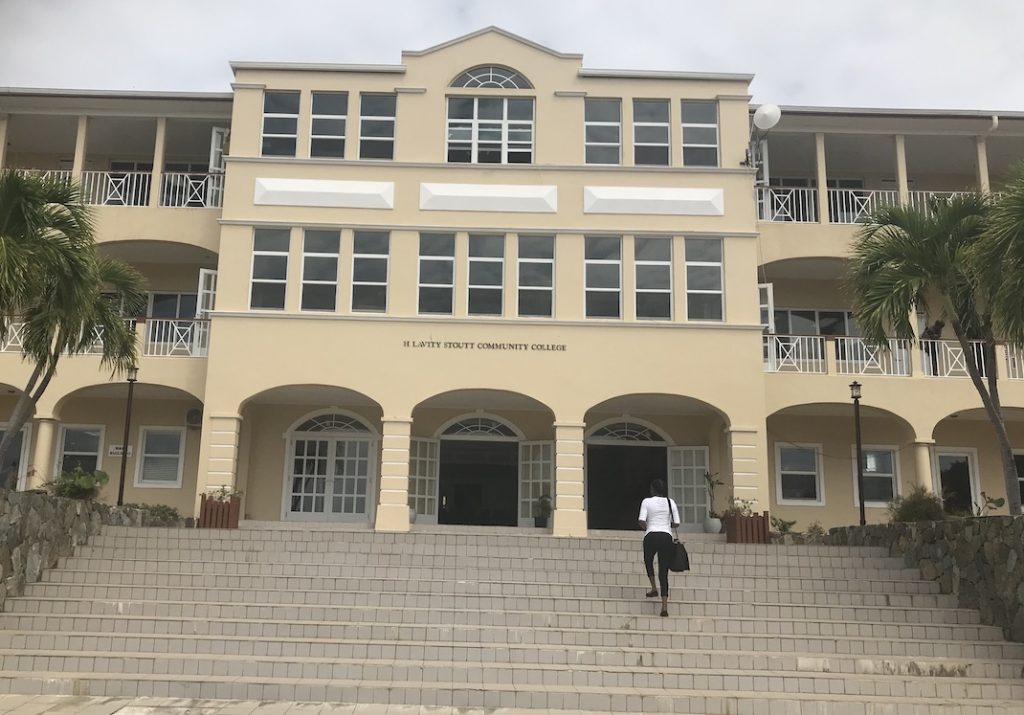 After nearly a decade of efforts, the H. Lavity Stoutt Community College was accredited in 2015 by the United States-based Middle States Commission on Higher Education. Now that designation is at risk. (FIle photo: GENEVIEVE GLATSKY)

The H. Lavity Stoutt Community College is $2 million in debt and at risk of losing its accreditation, Premier Andrew Fahie said during the budget debate last Thursday in the House of Assembly.

The college’s annual government subvention was cut by over $1 million in 2013, and Mr. Fahie suggested that funding has been cut further since then, though he didn’t provide exact figures.

The information, he said, came from HLSCC President Judith Vanterpool, who told the Standing Finance Committee during its recent deliberations that the institution is “on life support.”

“What is worse, and hurt me to my core, is that the college told us that because of the number of years that they have not received the correct subvention they are now in jeopardy of losing their accreditation we worked so hard to get,” Mr. Fahie said.

He added that his government is trying to find funding to keep the college from losing its accreditation, which it achieved in 2015 after nearly a decade of efforts.

The HLSCC bursar at the time, Ursula Moore, said the government also owed HLSCC $3.8 million in unpaid subvention funding as well as $4.2 million in funding for the BVI Student Tuition Assistance programme, which since 2006 has allowed belongers to attend HLSCC for free.

Mr. Fahie said last Thursday that in addition to the 2013 cuts, the government also cut roughly $2 million in tuition assistance funds and instead told the college to take the money out of the subvention funding, putting HLSCC under further financial strain.

“To keep the lights on, they have to cut programmes, cut staff, cut nearly everything over there except the grass to keep HLSCC running,” he said.

It is unclear what the new budget will allocate to the college. The HOA passed the Appropriation Act on Friday, and it is “in its final stage before it can be fully utilised” and has been presented to Governor Gus Jaspert for approval, government announced this week.

Ms. Vanterpool did not respond to requests for comment and the Beacon was unable to reach former Education and Culture Minister Myron Walwyn.