Despite a “fragile economy,” 2013 saw a high level of public participation in the August Emancipation Festival, and officials managed to negotiate lower prices for many items needed for the …

END_OF_DOCUMENT_TOKEN_TO_BE_REPLACED 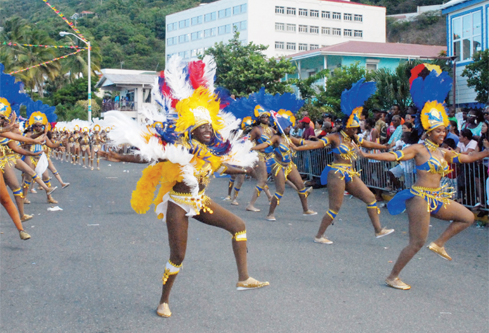 Despite a “fragile economy,” 2013 saw a high level of public participation in the August Emancipation Festival, and officials managed to negotiate lower prices for many items needed for the celebrations, according to a report from the Virgin Islands Festivals and Fairs Committee.

Despite the committee’s ongoing cost-reduction, however, the event remains expensive, VIFFC Chairman Marvin Blyden wrote in the report, which became public last month when it was tabled in the House of Assembly.

“In the 2012 annual report, I reported that Festival needs at the least a realistic amount of $1.3 million to manage it effectively,” Mr. Blyden wrote. “Unfortunately, once again we were given only $640,500. … This area needs to be seriously addressed by government if they wish to have a successful celebration.”

The Festival’s addition of a Soca Monarch Competition was a mixed success, the report states. On one hand, it had an excellent turnout, but ultimately, “it was a huge failure in loss of revenue.”

“The VIFFC cannot afford to add another event that is not cost effective to Festival,” the report states, adding a recommendation to have the Great VI Musical Alliance take over full responsibility for the show.