Although the dramatic pandemic-related slowdown in the tourism industry is evident from the Virgin Islands’ uncrowded beaches and vacant hotel rooms, statistics Premier Andrew Fahie presented to the House of …

END_OF_DOCUMENT_TOKEN_TO_BE_REPLACED 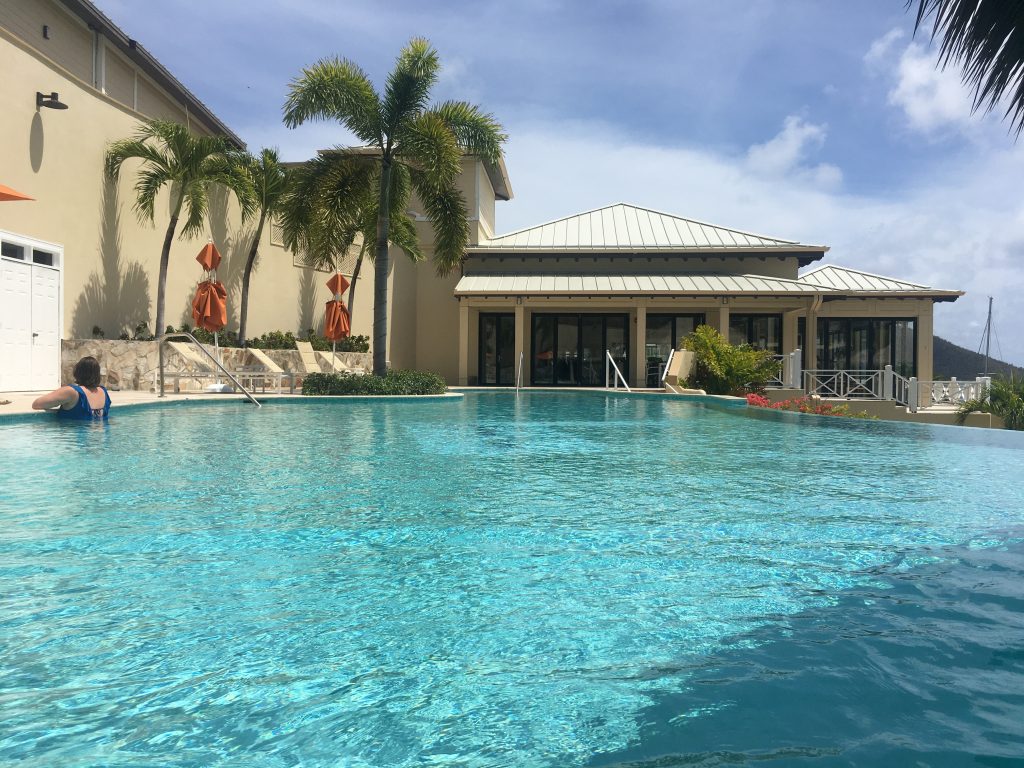 The tourist slowdown in the Virgin Islands meant a lack of crowds in the pool at Scrub Island Resort, Spa and Marina this month. (Photo: CLAIRE SHEFCHIK)

Although the dramatic pandemic-related slowdown in the tourism industry is evident from the Virgin Islands’ uncrowded beaches and vacant hotel rooms, statistics Premier Andrew Fahie presented to the House of Assembly last week revealed just how much the 2020 border closure has cost the territory.

The VI tourism industry lost nearly $280 million in revenue last year when compared to 2019 and saw a decline of more than half a million visitors, Mr. Fahie said, citing data from the Central Statistics Office.

From January to December 2020, the territory earned an estimated $112,488,463 from tourism, compared to estimates of about $390 million in 2019 and $233 million in 2018, when the territory was struggling to recover from Hurricane Irma, according to the premier.

“The global Covid-19 pandemic has had devastating impacts on all sectors of the BVI economy, and worldwide the tourism sector has been one of the sectors most impacted, if not the most negatively impacted, by the pandemic,” Mr. Fahie said on April 20 in response to a question from opposition member Mitch Turnbull (R-D2).

The territory’s borders were closed to tourists from mid-March until Dec. 1, though after that many potential visitors were discouraged by strict quarantine protocols and seaports that remained closed until this month.

In December, the latest month for which statistics were available, the VI received just 1,672 visitors, a 95.1 percent decline from the same month in 2019, according to separate tourism industry statistics recently released by the Caribbean Tourism Organisation.

The CTO also reported that the VI saw a decline of 72.7 percent in overnight visitors in 2020 compared to 2019, making it one of the worst performers among the 26 CTO member destinations, all of which saw declines in 2020. Just seven destinations reported steeper overnight-visitor declines than the VI in 2020, with the steepest being Bermuda at 84.4 percent.

Meanwhile, the United States VI, which currently has open borders and no quarantine requirements, finished at the top, with a 34.9 percent decline in overnight visitors. In 2020, the VI also saw a 61.8 percent decline in cruise tourism, which ground to a halt in March 2020 and has not yet restarted, according to the CTO.

In HOA on April 20, Mr. Turnbull also asked Mr. Fahie to provide a copy of “marketing strategies and plans” for how the territory plans to recover from the damage.

However, Mr. Fahie declined to provide any.

His government, he said, is working on a “comprehensive marketing strategy for recovery of the tourism sector.”

However, he added, “There are times when we have to weigh the security of the government’s operations to avoid divulging our strategies that help us to maintain our competitive advantage in the region. To divulge the details of our marketing strategy will allow our competitors to know exactly what our plans are.”

He offered to meet with Mr. Turnbull and other opposition members to discuss the strategy at a later date. Although no public meetings have taken place or been announced, the premier said he and the BVI Tourist Board are holding quarterly meetings with “a formidable cross-section” of industry stakeholders to keep them abreast of industry developments.

He did not identify those  stakeholders, however.