The BVI Ports Authority signed a $4.9 million contract with Ports and Marina Services Ltd. on Friday afternoon for work on foundations of the land-side portions of the territory’s cruise …

END_OF_DOCUMENT_TOKEN_TO_BE_REPLACED 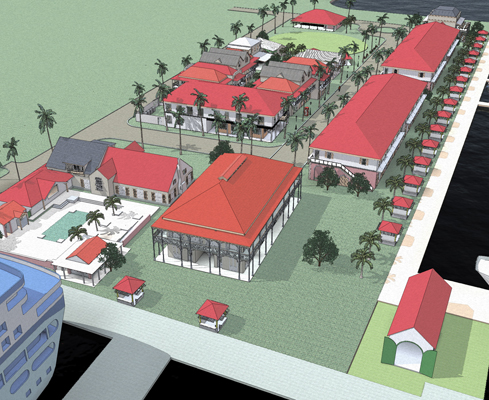 The BVI Ports Authority signed a $4.9 million contract with Ports and Marina Services Ltd. on Friday afternoon for work on foundations of the land-side portions of the territory’s cruise pier development.

The press was not invited to the signing because officials wanted to hold it as soon as possible, said BVIPA Public Relations Officer April Glasgow. “Even the ministers were not there,” she added.

The contract will cover demolition and below-ground works, such as installing pilings and concrete slab foundations, according to a BVIPA press release.

Although Ports and Marina Services Ltd., owned by Deric Maduro, submitted the highest bid, the firm was selected by a tender evaluation committee based on various factors, Ms. Glasgow said.

“It’s based on points,” she said, listing factors such as experience, overall credibility, access to financing, and ability to meet an engineering timeline.

Ports and Marina Services Ltd is not listed in Virgin Islands directories, and Mr. Maduro could not be reached at his other business, D & B Trucking. Mr. Maduro’s son Gianni also attended the contract signing.

Mr. Skelton-Cline said that while the contract won’t be released to the public, he’s open to answering questions about the works.