Sanitation workers stand on the back of a truck as it heads toward the Pockwood Pond incinerator to dispose of garbage. Government awarded a contract last week for the design …

END_OF_DOCUMENT_TOKEN_TO_BE_REPLACED 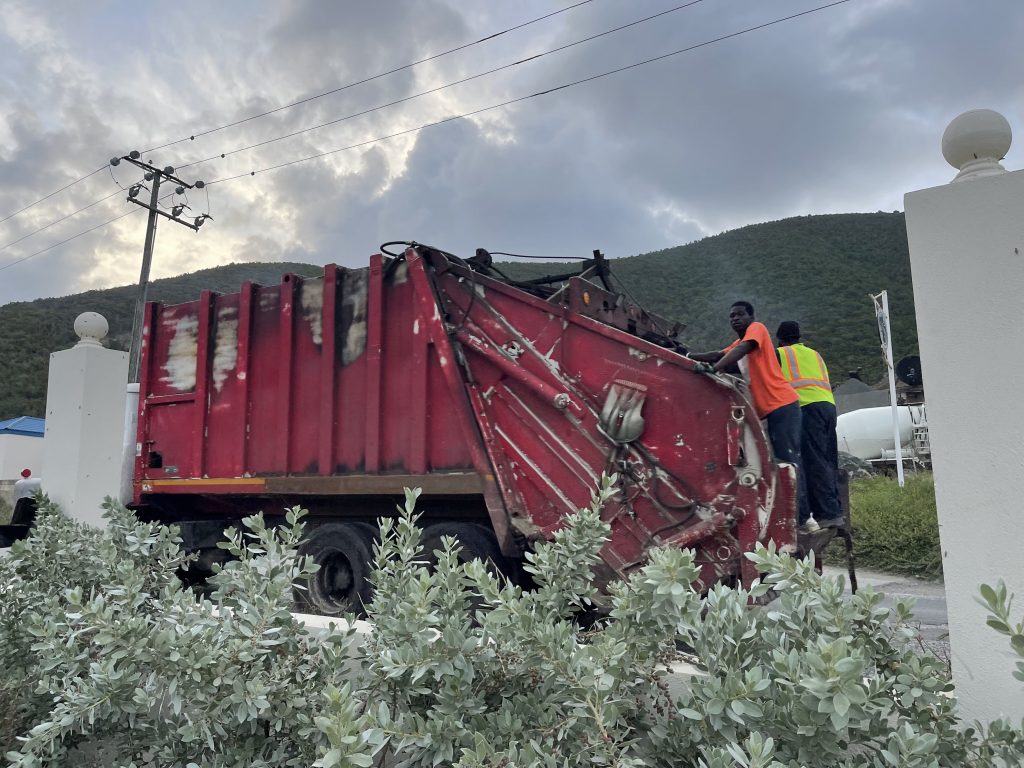 Sanitation workers stand on the back of a truck as it heads toward the Pockwood Pond incinerator to dispose of garbage. Government awarded a contract last week for the design of a new landfill.

that will be used for the next four decades.

The 18-month project “will provide the recommendations needed to develop the most responsible and cost-effective means to dispose of landfilled waste in the territory,” according to a Friday press release from government.

The contract was signed on Aug. 17 through the Recovery and Development Agency with Premier Andrew Fahie and Health and Social Development Minister Carvin Malone in attendance.

“Addressing waste management has been more than a decade-long conversation, and it is time to address it once and for all,” Mr. Fahie said during the signing ceremony.

Fourteen firms responded to government’s request for expressions of interest, according to the release. The top six were invited to submit technical and financial proposals, and four complied.

Wood Group, which is headquartered in the United Kingdom, has worked in more than 60 countries and claims to specialise in sustainability.

A landfill plan was among the recommendations included in a draft National Waste Management Strategy that government published in April for public review.

The draft plan calls for $3.7 million in funding for a properly engineered and sanitary landfill.

The government has not announced the formal adoption of the strategy, but the draft re- mains on the Department of Waste Management’s website.

It was not the first such plan, however. In 2014, the government published a Comprehensive Solid Waste Management Strategy, but few of its goals have been accomplished. Many were included in the new draft.

Meanwhile, waste management issues have continued, and incinerator problems have meant that large quantities of trash have been land-filled on a Pockwood Pond mountainside, which has frequently caught fire over the past decade.

Hurricanes Irma and Maria exacerbated the situation, leaving waste strewn across the territory in 2017.

The following year, trash fires occurred on Tortola, Virgin Gorda and Jost Van Dyke, including a major one that broke out at a government-run debris-disposal site at Coxheath. In November 2018, the situation worsened when a fire badly damaged the Pockwood Pond incinerator, knocking it offline until 2020.

This year, the incinerator again was again shut down for about six weeks starting in March due to a faulty hydraulic pump. The delay in receiving and installing the part — partly due to the Covid-19 pandemic — caused another backlog of trash.

Politicians also have been promising for more than a decade to install a pollution-control scrubber which would filter potentially harmful particulates from the incinerator’s smoke. In 2015, government signed a $1 million contract with Virginia-based company Consutech Systems LLC and made a $500,000 deposit.

But to date, no scrubber has been installed.