44 vendors set up at Market Day

Farmers and Fishers Week ended with a bang during the Market and Exhibition Fair on Saturday in Paraquita Bay, where 44 vendors sold local goods, produce and other food. “Today …

END_OF_DOCUMENT_TOKEN_TO_BE_REPLACED 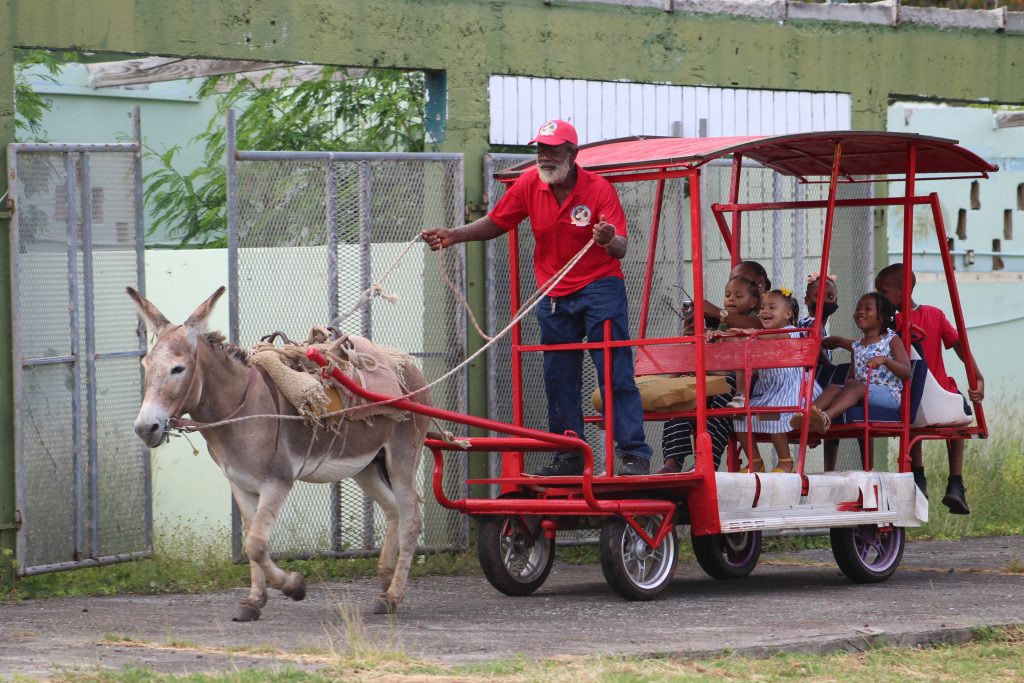 Children get a donkey ride on wheels at the Market and Exhibition Day on Saturday in Paraquita Bay. (Photo: ZARRIN TASNIM AHMED)

Farmers and Fishers Week ended with a bang during the Market and Exhibition Fair on Saturday in Paraquita Bay, where 44 vendors sold local goods, produce and other food.

“Today has been really good. We’ve been here since 8 a.m. We sold out of food by noon,” said Shaniqua Vanterpool, owner of Mill Round Farm in Cane Garden Bay. “There’s been a steady stream of people coming in. There wasn’t a time where it was just dead.”

Compared to last year, she added, this year’s exhibition day had more vendors, farmers and other attendees.

“There was more anticipation,” said Dr. Wheatley, the minister responsible for agriculture and fisheries, adding, “Due to the fact that it was the second one and people anticipated that it would happen, they better prepared to support the event. We anticipate that next year will be even better.”

During Virgin Islands Party radio on Tuesday night, the minister also stressed the importance of reinstating the activities.

“I mandated that the fair return,” he said. “It’s a very cultural activity.”

Other events took place earlier in the week, including hikes on Tortola on March 30, as well as a groundbreaking ceremony for a poultry facility in Anegada and a garden initiative at the Claudia Creque Educational Centre on March 31.

Government also reopened the Virgin Gorda Agricultural station, where staff from the Agriculture and Fisheries Department will be housed.

Despite such progress, though, Ms. Vanterpool said more still needs to be done to support farmers.

Ms. Vanterpool has been farming for 11 years, but her business, Mill Round Farm, has been operating for three.

“We first used to farm here in Paraquita Bay, but we don’t do that anymore,” she said. “The spoken support [for farmers from the government] is good, but I think we need more action. Giving out the stimulus was a first step. For my business it helped a lot. But farmers on a whole want to see more support in terms of the technicality of the industry.”

She added that she would like to see more help from the government in marketing farm produce and elevating farming to be a major economic pillar like tourism.

“Tourists come here and they prefer to get to know that the food they’re eating is local,” she added.

She recalled when people stood in lines for food after hurricanes Irma and Maria in 2017 — and again when the pandemic began.

“Food security for the country is very important,” she said. “Things are changing. The price of oil is going up, and all of that has an effect on the cost of food and how the food gets here. So focusing on the industry is one step towards securing our future.”

James Lettsome, a baker at the Market and Exhibition Day, said local support for farmers at the event was “overwhelming.” 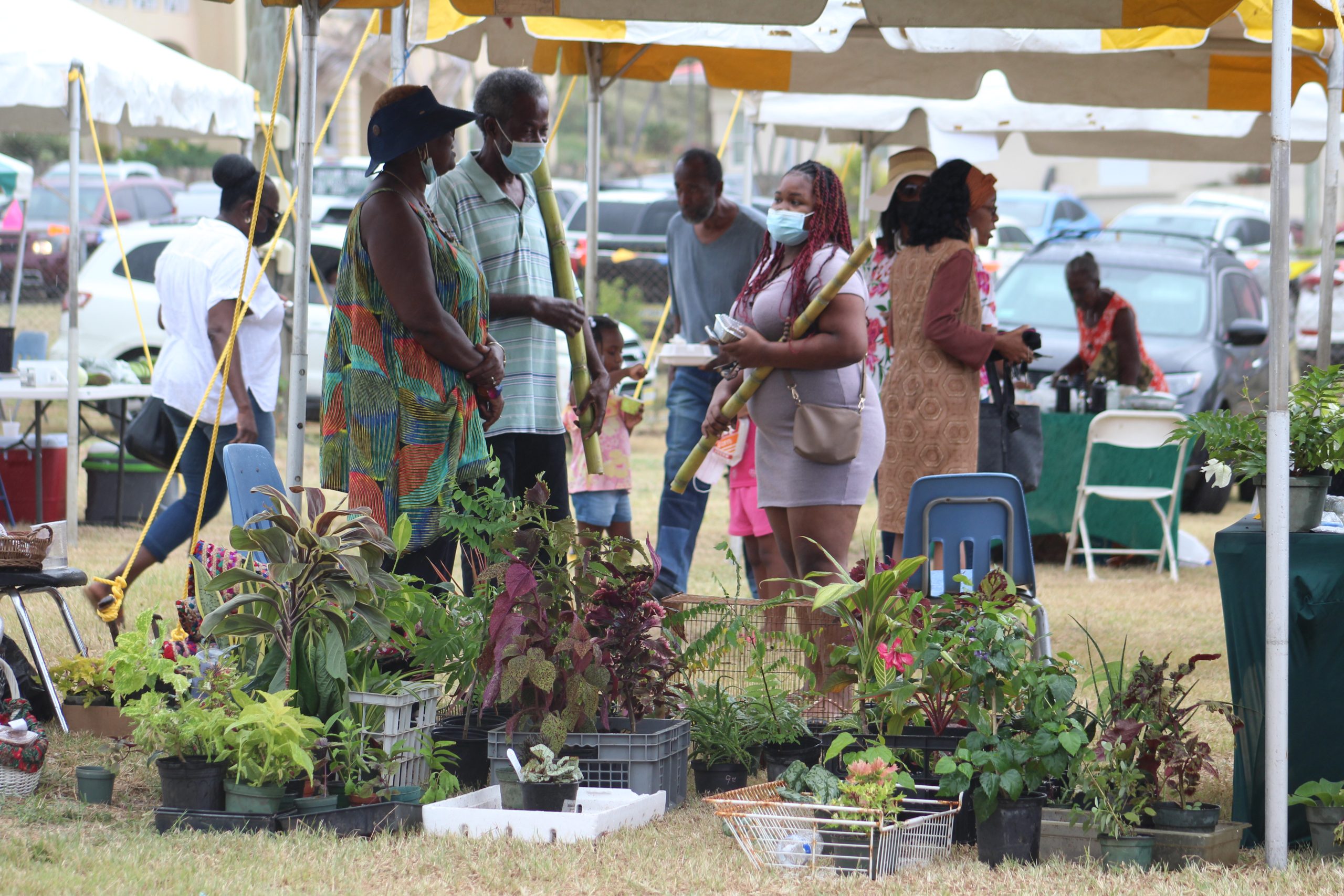 “It’s nice to see a lot of people came out today,” he added. Mr. Lettsome said his pastries — including coconut, guava, guavaberry, mango, starfruit, and soursop tarts — and local drinks were selling out.

He’s been baking for more than 10 years and spent nearly 12 hours baking all of his goods for Saturday, he said.

Since Mr. Lettsome obtains his produce from local farmers, he noticed that they have been struggling to get enough water for their crops.

“I know when they have a dry spell,” he said. “The farmers that you’re seeing here today, these are private farmers. They farm year-round. … They just need a little more support.”