Students from the Elmore Stoutt High School flooded the streets of Road Town on Friday while participating in a regional tsunami and earthquake drill known as Caribe Wave. “We can …

END_OF_DOCUMENT_TOKEN_TO_BE_REPLACED 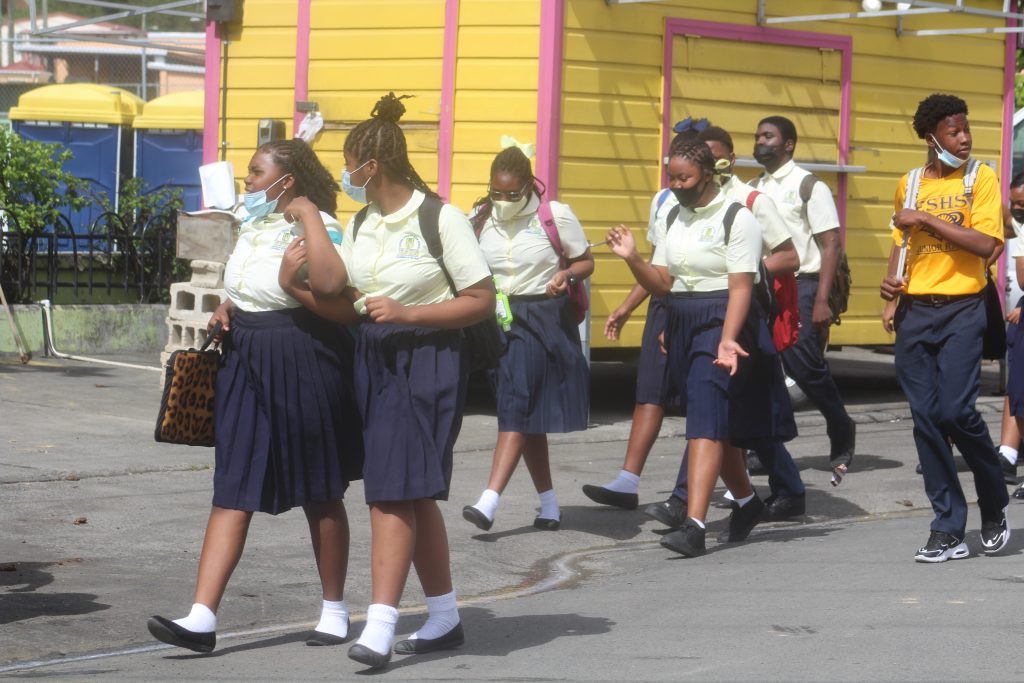 Students from the Elmore Stoutt High School flooded the streets of Road Town on Friday while participating in a regional tsunami and earthquake drill known as Caribe Wave.

“We can say about 5,000 people [in the territory] participated, which is really exciting for us,” said Chrystall Kanyuck- Abel, information and education manager at the Department of Disaster Management. “Because of Covid, we haven’t been encouraging the evacuation part of the exercise in recent years, so it’s nice to see such strong participation — especially in the public service and for the school.”

At around 10 a.m. on Friday, the emergency warning system rang throughout the territory, prompting people to head for higher ground. ESHS students, faculty and staff joined other members of the public and headed up Joes Hill. Many were caught wearing shoes unfit for a tsunami evacuation, and several women commented on the heels they were
wearing, but still made the walk up hills.

History of the drill

Caribe Wave started as the Large Atlantic Tsunami Exercise, or LANTEX, in 2009, according to the DDM.

The drill has evolved over the years, with increasing participation from countries and territories in the Caribbean.

DDM coordinates the exercise here in the Virgin Islands, Ms. Kanyuck-Abel said. In order to alert residents, the department has memorandums of understanding with telecommunications providers to send out messages about evacuations and exercises.

“What we have right now are MOUs with each individual cell provider. It’s really great because they don’t charge the government for this service,” Ms. Kanyuck-Abel told the Beacon. “We share a message with them, and then they share it to their clients as quickly as possible.”

She said that it’s good to have multiple ways to disseminate emergency messages.

“Radio is always good,” she added. “For one thing, when the emergency messages come, we’re able to emergency interrupt the stations.”

In a press release on Monday, acting DDM Director Jasen Penn said that consistent participation in the annual exercises is important in preparing for earthquakes, tsunamis and other disasters.

“What we find is that for every exercise, persons identify ways they can improve their level of preparedness,” he said. “Some might improve how they receive emergency alerts, identify a secondary evacuation route, or include additional items in a go-bag. These simple steps are helping families and businesses be ready.”

Ms. Kanyuck-Abel suggested that organisations could build capacity to respond by taking steps like creating a contact tree or reviewing leadership roles in the event of a disaster.

Carishma Hicks said in the press release that those who participated in the drill contributed to the territory’s overall readiness for serious threats associated with a tsunami.

“When we look at previous impacts such as the Tonga volcanic eruption and tsunami in the South Pacific earlier this year, we can see that where the population is well informed about how to identify and respond to potential tsunami threats, injury and loss of life is minimal, even where damage to property is extensive,” she said.

Caribe Wave is coordinated in partnership with the United States National Oceanic and Atmospheric Administration, as well as UNESCO’s Intergovernmental Coordination Group for Tsunamis and other Coastal Hazards Warning System for the Caribbean Sea and Adjacent Regions, and national disaster offices throughout the region.

“Participation in Caribe Wave also helps the [VI] meet the requirements of the Tsunami Ready certification, which has been held since 2014,” DDM stated.