The Virgin Islands is gearing up for the 65th August Emancipation Festival with performances, parades, pageants and other events scheduled to last nearly a month across the territory. But VI …

END_OF_DOCUMENT_TOKEN_TO_BE_REPLACED 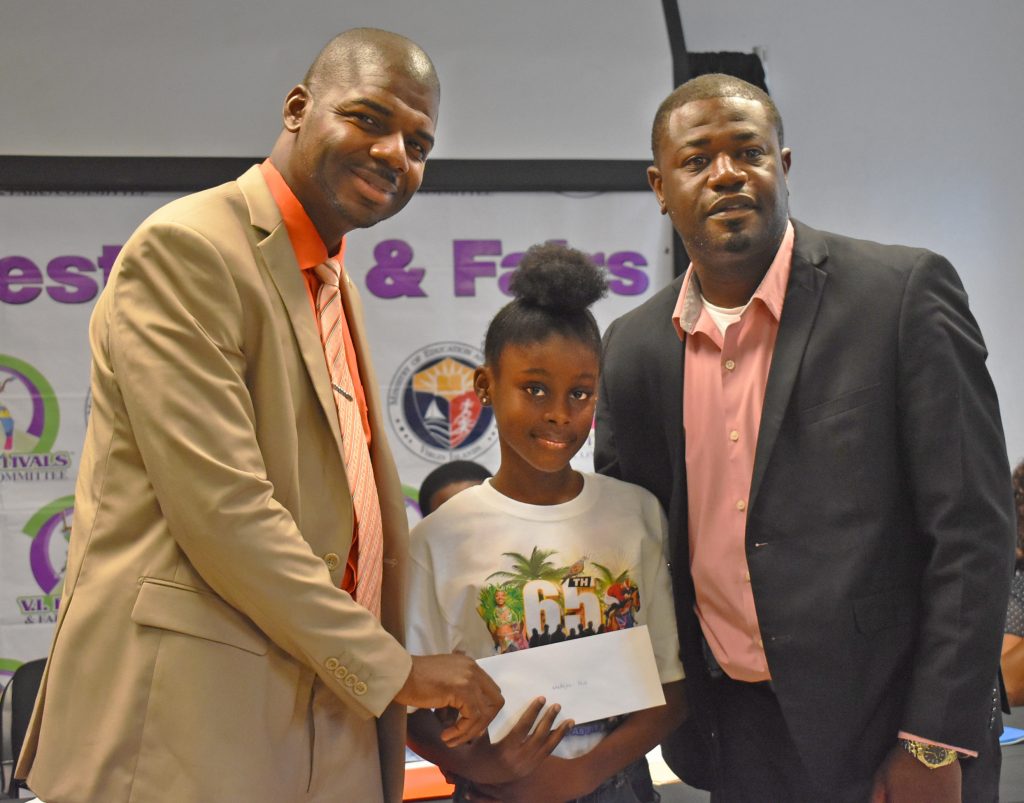 The Virgin Islands is gearing up for the 65th August Emancipation Festival with performances, parades, pageants and other events scheduled to last nearly a month across the territory.

But VI Festivals and Fairs Committee Chairman Carnel Clyne was reluctant to disclose the price tag during a press conference held last Thursday at the Department of Youth Affairs and Sports.

Asked by the media how much money was set aside for the August event, Mr. Clyne initially hesitated to answer.

Then he said, “The minister will have to answer those questions.”

He was asked the question twice more before softly saying, “Half a million dollars.”

However, by the end of the press conference that figure had risen to $1.5 million and included funding to pay debts from past festivals.

According to Mr. Clyne, about 95 percent of the vendors for the Virgin Gorda Easter Festival have been paid by the government. The committee hopes to wrap up all expenses for this year’s emancipation festival within a month and “mend relationships” with vendors, he said.

Mr. Clyne also spoke about the losses the committee sustained due to Irma and the steps it has taken to get back on its feet. So far, the VIFFC has purchased two computers, one printer, and one ID machine, and members hope to buy a vehicle soon, he said.

The committee is looking forward to big fundraisers that will help generate funds. Members will host a pop-up shop today in the parking lot across from One Stop Mall. The shop will include local clothing brands and will begin at 4 p.m.

The committee also hopes to revamp the Christmas celebration in Brewers Bay this year.

Also during the press conference, it was announced that the August Emancipation Festival will be themed “A Cultural Vibe as BVI Festival Turns 65. Khadejae Hull, who contributed the theme, accepted a $250 cheque from Education, Culture, Youth Affairs, Fisheries and Agriculture Minister Dr. Natalio “Sowande” Wheatley.

He stressed the importance of local artists taking a significant place on the stage and having a festival that’s economically viable.

“I don’t want the huge overruns that we’ve seen in the past,” he said. “That’s right next to the importance of celebrating our history and culture for me.”

Because it’s the 65th celebration, Dr. Wheatley acknowledged that many people are expecting “great things” from this festival.

Events will kick off on Friday, July 26 with the grand opening of the Festival Village in Road Town and performances by OMG, R. City, Prime Time Band, and the Razor Bladez.

Activities will continue in the following days with artists including Popcaan, Destra, and VIBE taking the stage.

Each day has its own theme, including a musical mix, an international reggae night, a Latin and zouk night, a calypso competition, a cultural night, and international soca night.

The August Monday Parade is scheduled to begin at noon from the Governor’s House on Aug. 5 and there will be three stalls built along the way where the parade will stop.

Beginning on Aug. 6 the main festivities will move east for two days.

Sub-chairwoman of the East End/Long Look Committee Sandra Warrican said the village will host a Mr. and Mrs. Jr. BVI Pageant, a Festival of Culture and Praise, a parade, a beach picnic, a village opening, a Rise and Shine Tramp, a pop-up museum, cow milking demonstrations, and conch shell blowing tutorials.

Judy Ann Smith, sub-chairwoman of the Carrot Bay Committee, said that on Aug. 8-10, Carrot Bay will host a fishing tournament, a cultural market day, and a tug-of-war competition between single and married men and women, and other activities.