In his last public contract signing ceremony as the minister of communications and works, Mark Vanterpool last week inked an $876,250 deal with St. Lucia-based FDL Consult. The firm, he …

END_OF_DOCUMENT_TOKEN_TO_BE_REPLACED 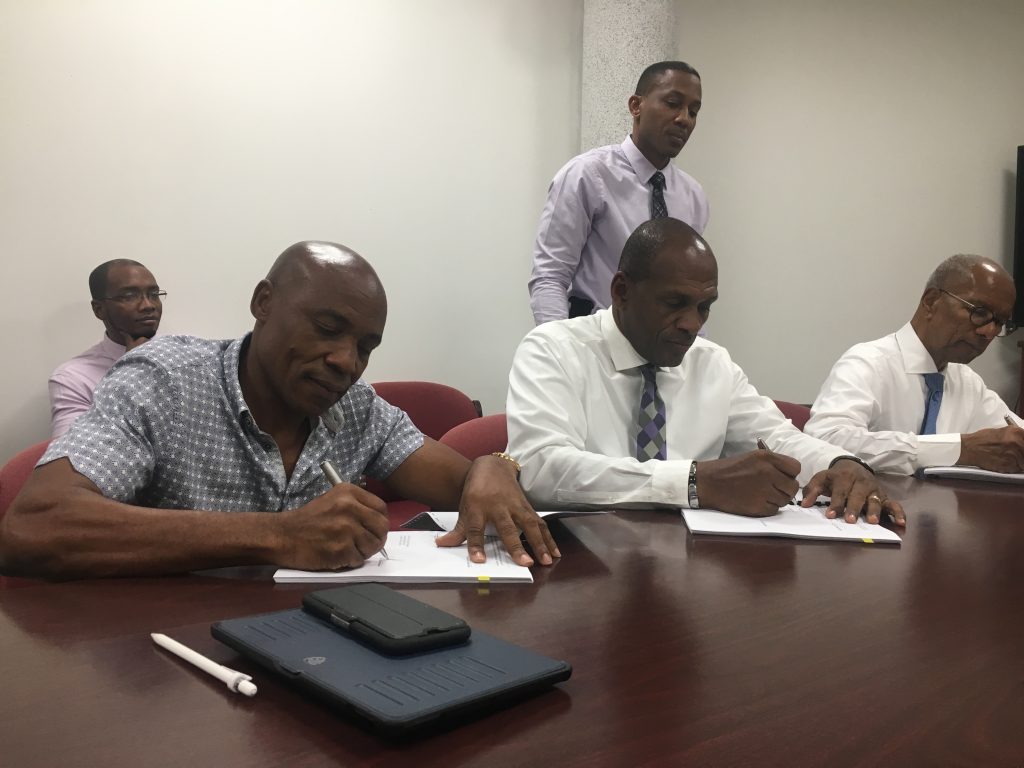 In his last public contract signing ceremony as the minister of communications and works, Mark Vanterpool last week inked an $876,250 deal with St. Lucia-based FDL Consult.

The firm, he explained, will supervise the engineering, design and construction for a project that will see the rehabilitation and reconstruction of 3.9 kilometres of roads, drains and sea defence structures over the next 24 months.

“This contract which we are executing today will see works being done to stabilise our roads, slopes and embankments,” said the minister. “As part of the design process, a climate risk and
vulnerability assessment will be undertaken to ensure that the rehabilitated infrastructures are strengthened to mitigate against future catastrophic events.”

FDL has carried out projects here in the VI since 2012. This time, they beat out 21 firms that sent in expressions of interest, five shortlisted firms and one firm from the Bahamas, officials said.

According to Mr. Vanterpool, the project will rehabilitate roads damaged in the storms of 2017.

“The road network on the western and north western portions of Tortola suffered severe damage,” he explained. “Other roads were degraded, and sea defences in different areas were destroyed.”

He added that the loan contains allocations for a much larger scope of work, but as Dr. Drexel Glasgow, director of projects for the Ministry of Finance, put it, the first areas will be “low-hanging fruits.”
“All over the territory, we had areas that were damaged badly; the scope of works in- cludes areas [that] were very high priority, especially as the point of view of danger to motorists,” added the minister. “I know we have it budgeted in our recovery programme that we have a lot more roadworks to study and get on with.”

Asked why the deal wasn’t signed sooner, he noted that the contract was actually ap- proved on Dec. 15 and “I was hoping we could move on much quicker.”

Then-Premier Dr. Orlando Smith acknowledged the public’s patience in “having to traverse on deteriorated and, in some cases, dangerous infrastructure.”

Added Mr. Vanterpool, “We look forward to the successful completion of these projects as well, within the 24-month deadline and on budget. At the end of the day, the government and people of the Virgin Islands expect a more resilient road network that will be to the benefit of all.”