Ninety-five tests have been conducted at the recently improved Covid-19 lab in the Dr. Orlando Smith Hospital, and all returned negative, Health and Social Development Minister Carvin Malone announced last …

END_OF_DOCUMENT_TOKEN_TO_BE_REPLACED 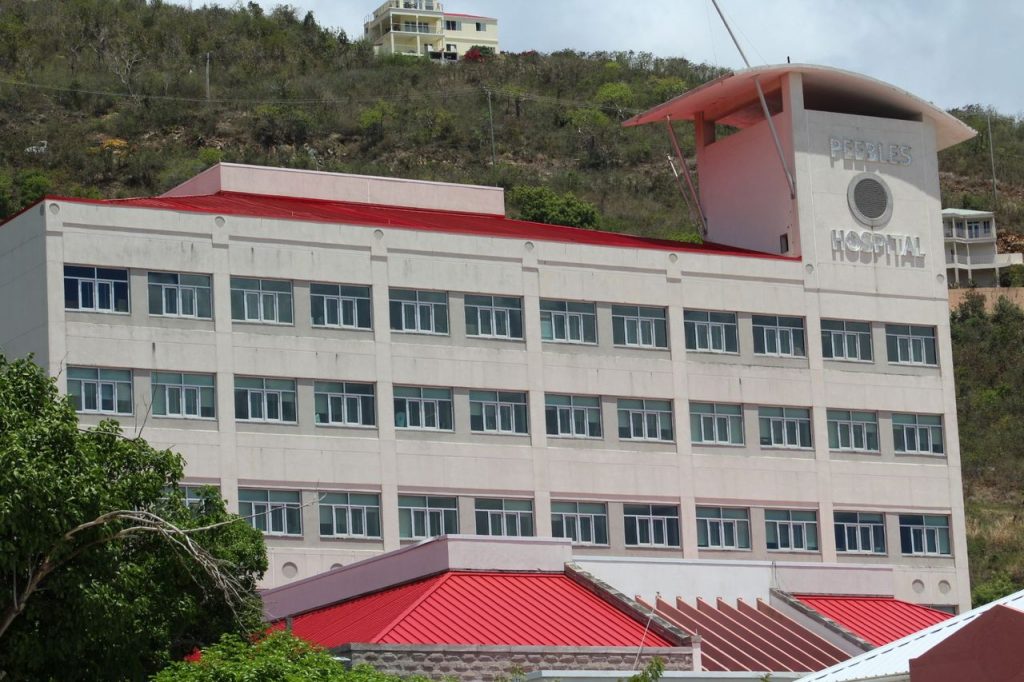 The Dr. Orlando Smith Hospital has a recently improved Covid-19 lab where test results can be confirmed locally. Previously, tests taken here had to be sent to Trinidad for validation. (File photo: ZARRIN TASNIM AHMED)

Ninety-five tests have been conducted at the recently improved Covid-19 lab in the Dr. Orlando Smith Hospital, and all returned negative, Health and Social Development Minister Carvin Malone announced last Thursday in the House of Assembly.

The results — which included people who have been returning to the territory from abroad this month — mean that 212 people have been tested to date in the Virgin Islands, Mr. Malone said.

Thanks to a new machine provided by the United Kingdom, the VI is now able to fully complete tests locally instead of sending results to the Caribbean Public Health Agency in Trinidad for confirmation.

Continued testing is one of the steps recommended by a recent report by the Organisation for Economic Co-operation and Development, which Mr. Malone read in the HOA.

According to the report, countries are encouraged to invest in healthcare; use testing, tracking, isolating and distancing strategies to limit virus outbreaks; help people and businesses in hard-hit sectors move into new activities; build more resilient supply chains; keep interest rates low; and invest in public finances for people’s well-being.

Meanwhile, phase one of the government’s “Restricted Border Re-Opening Plan” continues as belongers who have access to proper quarantine facilities return to the territory with prior clearance from the Ministry of Health and Social Development.

“To date, 681 registrations were submitted with 362 verified by Immigration and cleared for processing by Environmental Health,” Mr. Malone said. “Sixty-two of the registrations did not meet the requirements established for individuals to re-enter the territory during phase one of the restricted border re-opening plan.”

He did not specify why the registrants did not qualify for re-entry at this time.

“Of the 362 that have been cleared to re-enter, a quarter of the individuals (91 people) have re-entered the territory during the seven-day period between June 3 and June 9,” he added.

The Health Emergency Operations Centre noticed some issues related to mandatory quarantine arrangements, including discrimination against returning nationals by landlords due to fears and stigma around Covid-19, he said.

The need to limit the number of weekly arrivals based on available quarantine locations was listed as another issue.

Work is also needed to build human resources capacity to facilitate the “transition from the Red Alert ‘Stamp It Out’ Phase to the Orange Alert ‘Manage It’ Phase” under the HEOC National Action Plan against the Covid-10 Pandemic, the minister explained.

Last Thursday, government asked residents to report anyone breaching quarantine by calling the police. Government also asked returnees to confirm their travel dates at least two days before their arrival.

In the midst of a global recession, the VI remains free of known active cases of Covid-19, but it is continuing to struggle economically with no date scheduled to fully reopen borders.

The OECD report included an assessment of the global impact.

“The Covid-19 pandemic,” Mr. Malone read, “has triggered the most severe economic recession in nearly a century and is causing enormous damage to people’s health, jobs and well-being.”

He reassured residents that if the VI government had not taken “aggressive, proactive” steps, it would have seen “numerous deaths and acute cases.”

Dr. Heskith Vanterpool, owner of Bougainvillea and Eureka clinics, agreed that the government has taken the correct strict measures to keep the virus contained, but said he wonders how it will manage reopening the territory for visitors.

“The next big thing that we have to face is how are we going to open up the economy to tourists, because clearly it is not practical to quarantine tourists coming in,” he told the Beacon Tuesday. “Our type of tourism is one where people come in to go on boats and on the yachts and then go out. They will interact with local people when they get to different destinations. It’s not the [VI] alone; everyone is facing the same question.”

In an economy that relies heavily on tourism, he added, the VI will “have to learn to live with Covid-19, and [understand] that eventually the coronavirus will be on the island.”

“We cannot keep this invisible virus out of the country forever,” he said.

For now, he added, residents should stick to the recommended hygiene measures, including consistently sanitising spaces, washing hands, and practising social distancing.

“The masks are important because we are protecting others in the case that we have it,” he added. “Of course, the tourists have to wear masks while interacting with others.”

“With or without a second outbreak, the consequences will be severe and long-lasting,” he said, reading from the OECD report.