Ninety-seven students received degrees from the H. Lavity Stoutt Community College during the graduation ceremony last Thursday, where it was announced that the school received an increase of $2 million …

END_OF_DOCUMENT_TOKEN_TO_BE_REPLACED 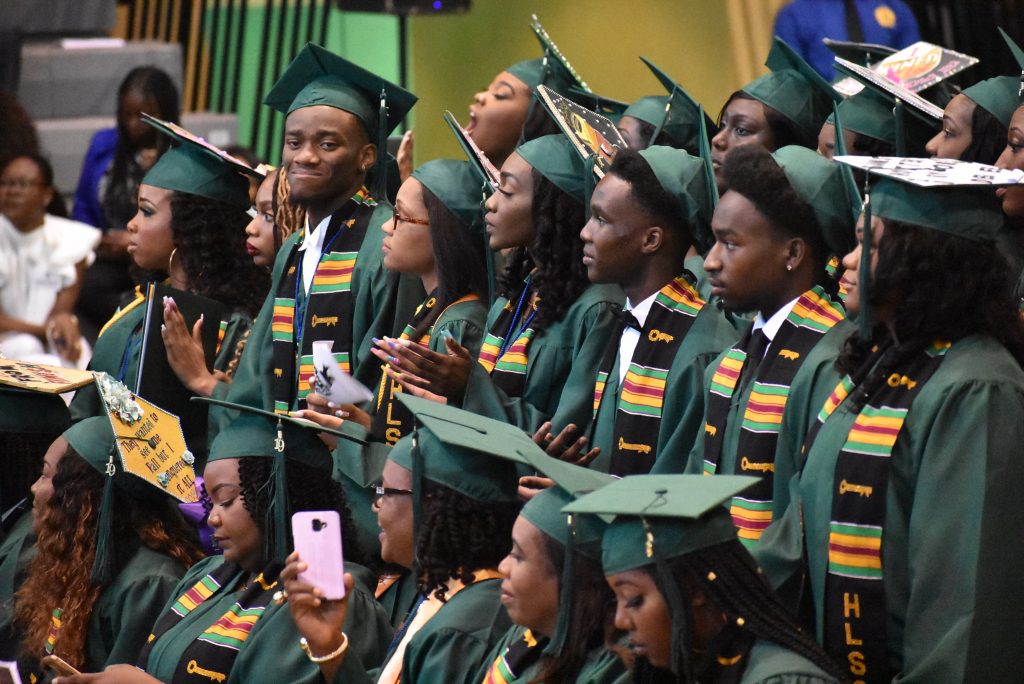 Ninety-seven students received degrees from the H. Lavity Stoutt Community College during the graduation ceremony last Thursday, where it was announced that the school received an increase of $2 million for its annual budget.

John Samuel, the new chairman of the college’s board of governors, said the premier increased the budget recently and that he has high hopes for the institution’s future.

“I am heartened by the great progress made since Irma and Maria,” he said, adding, “And I remain determined in the commitment in providing lifelong learning opportunities. HLSCC is better and resilient, and overcomes challenges one by one.”

Shortly after accounting graduate Jeaneah Rochelle Chinnery started at the college, Hurricane Irma hit, and on Thursday she recalled how difficult it was to catch up after losing time.

But she commended faculty and staff for pulling the college together within a month and pushing for necessary materials that allowed students to graduate on time.

“I think they dealt with it awesome because they actually got the college open in time and didn’t waste a semester,” she said. “They put their best foot forward.”

Graduate respondent Briana Shanae Turnbull, who was chosen by her class to speak at the ceremony, attested to the difficulties she and her classmates faced. But she didn’t touch on the effects of Irma. Rather, she recounted situations that any college student could relate to: the one student who reminds the teacher about homework no one else did, and staying awake all night to finish research papers.

Prior to Irma, the college saw a graduating class of 190 students in 2017. That number fell to 93 last year and has only risen by four students this year.

The college’s current culinary arts centre was particularly hard hit during the storm and is still recuperating. Only two students graduated from that school last week: Whitney Ronnise Allen and Antoinette Samata Leslie-Roberts.

The majority of graduates studied business administration and accounting.

Held under the theme “We Will Rise,” the ceremony started at 4 p.m. in the Multi-purpose Sports Complex, which was decorated with balloons and ribbons of green, white and yellow.

President Judith Vanterpool delivered updates, noting memorandums of understanding between the college and the University of the Virgin Islands, as well as Johnson and Wales University in the mainland United States.

She mentioned providing free textbooks for teaching and providing access to Microsoft Office 365 on students’ devices.

Ms. Vanterpool also stressed the importance of rebuilding the computer labs in the midst of a “digital revolution,” and added that the school is investing in research databases.

In addition to these improvements, the HLSCC board of governors has two new positions: a student representative and a faculty representative.

As for Ms. Chinnery, she plans to continue her education studying law in the United Kingdom. She hopes to one day pair her accounting skills with her legal knowledge in the financial services sector.