There was an explosion of colour last Thursday at Joyce Samuel Primary School in Belle Vue. On one side of the school, children wove pink and yellow ribbons around a …

END_OF_DOCUMENT_TOKEN_TO_BE_REPLACED 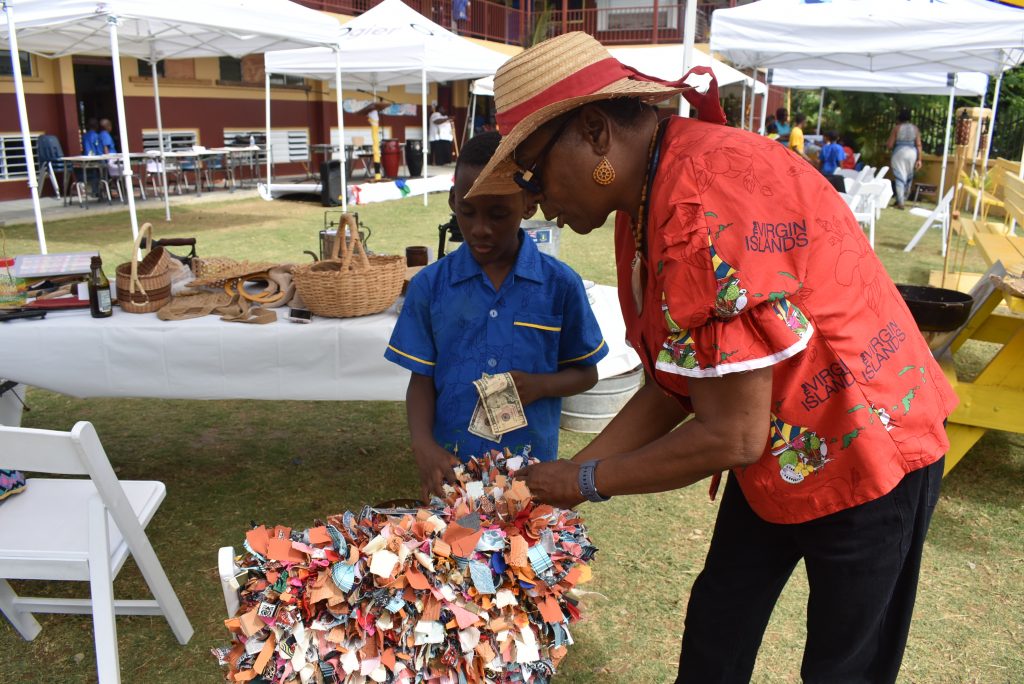 There was an explosion of colour last Thursday at Joyce Samuel Primary School in Belle Vue. On one side of the school, children wove pink and yellow ribbons around a maypole, ducking un- derneath each other rhythmically. On the other side, instructors showed them how to make a frame out of nails and wood, then weave cloth around it to make doilies both beautiful and func- tional.

Everywhere, children showed off their territorial dress in bright reds, blues and yellows. It was Culture and Heritage Week in the Virgin Islands, and it was a welcome return to tradition after last year, when activities were heavily scaled back post-Hurricane Irma, according to Orlandette Crabbe, principal of the primary school. 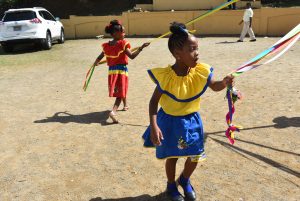 “I tell my staff this is my favourite week of the year,” said Ms. Crabbe, herself decked out in bright territorial wear, as she joined her students and staff en- joying a cold glass of juice made from local sugar apples.

Similar activities were held across the territory last week, culminating on Friday in a Cultural Food Fair at the Central Administration Building, where residents sporting territorial wear sampled locally made cuisine, drinks and produce.

This year’s theme was “Celebrate our Past, Inspire our Future,” according to Education and Culture Minister Myron Walwyn.

“As we seek to inspire the fu- ture of our islands, we must ensure that our young people, and persons who now call our islands home, know and understand our experience and our story,”he said.

This year, he added, his min- istry is focusing on honouring the VI’s centenarians.

“These men and women … have lived through the many changing scenes within our com- munity,” the minister said.

At Joyce Samuel Primary, children’s cards were on display, featuring photos of the centenarians and messages to them, such as William Rhymer of Soldiers Hill, who at 102 is the oldest person in the territory.

“Thank you for contributing to our culture!” one child wrote.

To preserve these seniors’ stories, the Department of Culture is producing a short documentary on their history and experiences, to be released at the end of the month.

Also at the primary school, cooks offered up a menu of local foods to children, the wider community and even a taxi full of cruise passengers who stopped by to see the fun. 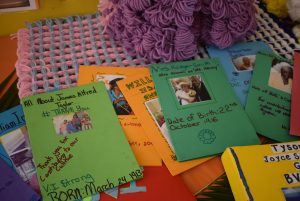 Last year, Ms. Crabbe explained, schools didn’t officially open until Nov. 6, which left little time to prepare for Culture Week. “It was really challenging for us to put anything on [last year], so this year we thought we would make up for last year and this year,” she said, adding that although culture is part of the curriculum all year long, it is vital that an entire week be devoted to it. “It’s important for them to see the things that we talk about and read about and experience it,” she said. “It is important to us as teachers to make sure our children understand what makes up the fabric of our society.”

Across the schoolyard, retired teacher Cecilia Turnbull-Cline was demonstrating some actual fabric, demonstrating how her ancestors would turn scraps of cloth into brightly-patterned quilts while children — many of them used to only store-bought items — looked on curiously.

“How much for this?” asked a little boy, holding up a dollar to try to buy an old-fashioned top but not quite understanding its purpose.

“It’s not for sale,” Ms. Turnbull-Cline said with a laugh.

She put aside the fabric and tried her hand at demonstrating how to make the top spin by tossing it at the end of a rope, though she couldn’t quite get it moving.

“The boys were better at it,” she admitted.

All around her were tokens of a bygone way of life, when children would make their own playthings, and adults would carve washboards out of trees to do laundry in the ghuts. Although some seem like relics, it wasn’t that long ago when most houses were lit with gas lamps because they didn’t have electricity.
Ms. Turnbull-Cline held up an array of intricately woven baskets and bags known as sakoo. 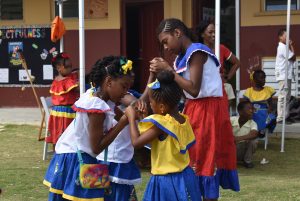 “We didn’t have plastic bags,” said the former teacher, who is in her 70s, demonstrating how quickly life in the VI has changed in a relatively short period of time. “My grandmother made these to take to go shopping instead.”

She then demonstrated how women would carry the baskets on their head, explaining that mops and vacuums weren’t easy to come by, so VI residents of the past often used bundles of sticks to sweep and dried-out fish skin to mop their floors.

“It worked very well,”she said. “One thing you can say about persons in those days is that they were very inventive.”

Later in the afternoon, a group of passengers from the Marella Discovery cruise ship unexpectedly arrived to sample the wares and join the children in their dances. For many, it was their first trip to the territory, and they said they had no idea it was Culture Week when they arrived in port.

“Our taxi driver brought us here,” said Carolyn O’Reilly, a Canadian cruiser, as she sipped on a cup of soursop juice. “We had a wonderful time and the children are adorable.”

“It really warms my heart as a teacher and as a BVIslander to see them involved in everything,” Ms. Crabbe said. “Eager to do the cultural dances; eager to be in the fungi band, knowing these traditions are being passed on to the children. “ 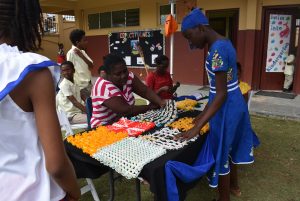 Ms. Crabbe said the event last Thursday was a culmination of a weeklong array of activities, which included donkey rides, on what used to be a common form of transportation in the territory.

Tuesday featured a cultural breakfast that invited prominent community members to come in and share experiences with the students. Music Day included a visit from Kayron Todman of the Razor Bladez fungi band. Thursday, the BVI Heritage Dancers were on hand, and the day ended with a fun-filled schedule of traditional relay games.

Although older residents occasionally express concern that culture is lost among the young, Ms. Crabbe says she’s confident it will remain if the enthusiasm of her students is any indication. When storyteller and educator Elmore Stoutt arrived earlier in the week, he recalled, the children bombarded him with questions.

“You know these children are thinking about culture and where these traditions were created,” she said. “When we advertise cultural dance groups, for instance, the children are happy to join, and then we know we are doing something right.”