Cars lined up at the Festival Village Grounds in recent days with drivers and passengers ready to take their Covid-19 vaccinations. Government hosted another vaccination drive last weekend in an …

END_OF_DOCUMENT_TOKEN_TO_BE_REPLACED 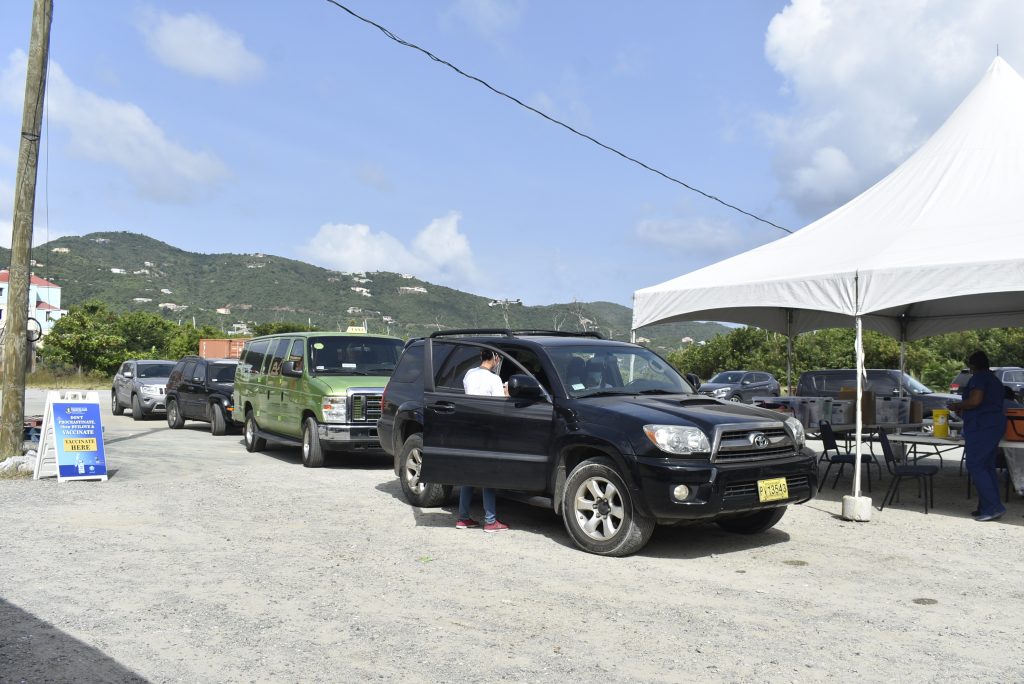 Cars lined up at the Festival Village Grounds in recent days with drivers and passengers ready to take their Covid-19 vaccinations.

Government hosted another vaccination drive last weekend in an effort to use up doses that expired at the end of August and vaccinate more of the population. Nurses under white tents gathered patient information and administered the shots while people remained in their vehicles. Others were able to walk up to the vaccination drive and get their shot too.

During a press conference on Aug. 27, Premier Andrew Fahie assured residents that vaccinations remain voluntary, but urged people to get vaccinated if they don’t have any medical or religious reasons not to.

As of last week, there were 50 active cases of Covid-19 in the territory, up from the 25 that the premier reported on Aug. 27, according to government’s dashboard.

Thirty-five of the active cases were on Tortola, 11 were on Virgin Gorda, and four were on Jost Van Dyke. Seventeen of the reported cases were caused by local transmission, according to the dashboard.

“Antigen testing is part of the current protocols for vaccinated travellers entering into the [Virgin Islands],” a BVIHSA statement noted. “Additional staff to administer the tests is expected to improve residents’ and visitors’ experience.”