Ten days ago, the Virgin Islands was being lauded as an example in the fight against Covid-19. There were no known active cases, the curfew had just been lifted, and …

END_OF_DOCUMENT_TOKEN_TO_BE_REPLACED 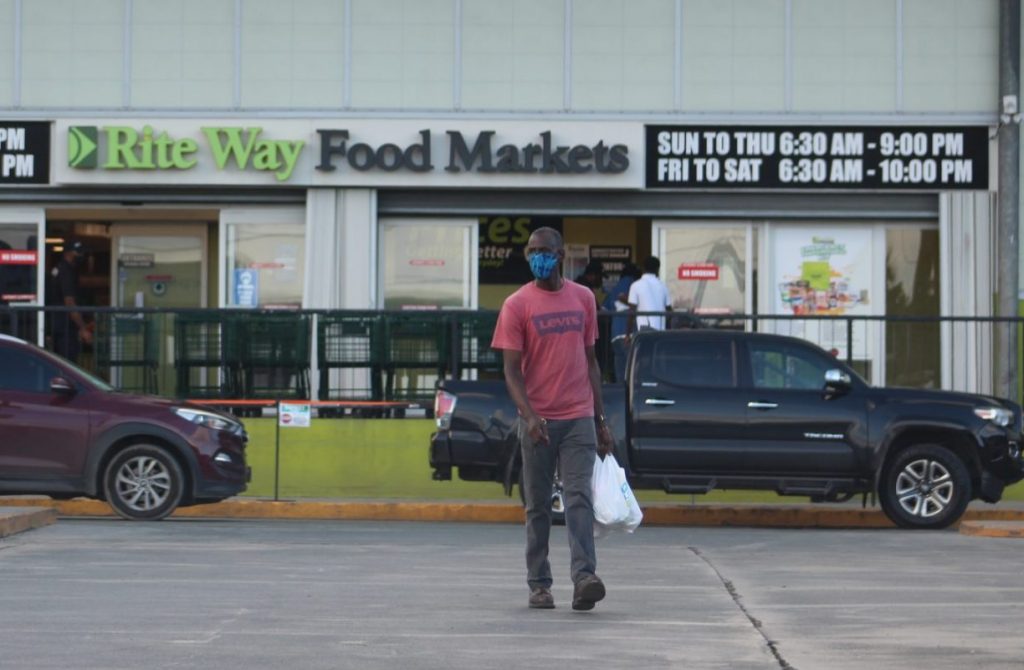 Stores on Tortola were packed on Monday afternoon as residents speculated about a possible full lockdown that never came. But by Tuesday afternoon, normal crowds browsed stores after the announcement of a partial lockdown. Photo: ZARRIN TASNIM AHMED)

Ten days ago, the Virgin Islands was being lauded as an example in the fight against Covid-19.

There were no known active cases, the curfew had just been lifted, and many residents were pushing hard to re-open the tourism industry.

Since then, the situation has changed dramatically.

The territory is now battling its highest number of active cases since the pandemic started, extensive community spread is suspected for the first time, and officials are once again ramping up restrictions of movement.

After confirming 17 active cases as of Monday evening, government announced a new 14-day curfew order that began yesterday and shut down most businesses.

The move, leaders explained, is designed to contain the spread of the virus and give health officials a chance to effectively conduct contact tracing and testing while quarantining and isolating any additional cases.

“I have to let [people know] that corona is everywhere,” Premier Andrew Fahie said during a nearly four-hour-long press conference on Tuesday night. “It is an invisible enemy that we have to fight, and we cannot fight anything and be successful by fighting it through ignorance. You must educate yourselves.”

They also clarified that the new restrictions will be reviewed after seven days, and then be adjusted depending on the results of testing done through contact tracing.

Health and Social Development Minister Carvin Malone confirmed that the territory is now “classified as having ‘clusters of cases’ in accordance with the World Health Organisation transmission classification guidelines.”

The total number of cases that have been confirmed in the territory now stands at 26. Besides the 17 that are currently active, eight recovered and one died. Of the 26, Dr. Potter said that four are children under the age of 10, but he didn’t say whether they are among the active cases.

A total of 2,195 people have been tested in the local laboratory, and during the Tuesday press conference Mr. Malone celebrated the fact that a recent batch of 92 samples all returned negative.

“It’s a very good sign because we wanted to make sure we contain this,” he said. “In order to do this we ask you for this [curfew] period to get this done.”

However, more results are pending. Yesterday, the government’s laboratory began testing 293 samples taken from Anegada, representing almost the entire population of the sister island, and other samples are being tested from various areas on Tortola, according to the minister.

Dr. Georges explained on Tuesday that people who have made direct contact with confirmed cases are now being tested by the local laboratory. After that batch of what is called “first level” contact tracing, “second” and “third level” contract tracing will begin, he added.

“The purpose of testing is to make a decision” to isolate cases and stop the spread, he explained.

Mr. Malone also said during a live broadcast which was set to air at 9 p.m. on Monday but didn’t start until nearly midnight, that the territory is now in Phase Three of a “National Action Plan” called the “Stamp It Out” phase.

Prior to Aug. 17, nine total cases had been confirmed in the VI, but all known active cases had recovered.

On Aug. 17, however, Mr. Malone announced the detection of two additional cases, bringing the total number confirmed here to 11. Both people, however, were returning to the territory and were isolated following the positive results.

Two days later, on Aug. 19, Mr. Malone announced that another person tested positive for coronavirus after reporting to the emergency room with “moderate” symptoms.

“While the individual is residing legally in the Virgin Islands, the case does not have a history of recent travel out of or into the territory,” he said of the person dubbed “case number 12.”

He informed the public that contact tracing would commence; that bars and nightclubs the person visited had been identified; and that the apartment building where the person resides was in quarantine.

That contact tracing effort found more cases. On Friday, Mr. Malone informed the public that out of ten people who already had been tested, nine results returned positive. The confirmed cases were located mainly on the eastern end of Tortola and on Anegada, he explained.

“Some of these contacts have been linked to heavily patronised night spots and festive events that took place earlier this month,” he said.

The results brought the total number of cases to 21, 12 of which were active. That same day, a night-time curfew order was issued between 10 p.m. to 5 a.m. on that same night, and then from 7 p.m. and 5 a.m. for the next seven days.

Businesses like bars, nightclubs, daycare centres, restaurants, gyms and recreational facilities, and freight and charter companies were ordered to close, and the minister announced an increase of surveillance.

He also stated that community testing would commence on Anegada, Virgin Gorda and Tortola.

In spite of the sharp spike in new cases, the worst was not over.

The newest curfew order effectively shuts down all businesses and workplaces except a handful of services for a period of seven days in the first instance.

It also restricts the movement of all vessels within territorial waters, including travel to Anegada. Essential workers and services that are permitted to work between 5 p.m. and 5 a.m. were asked to submit a list to the Health Emergency Operations Centre for the issuance of new curfew passes.

Government began preparing for the shutdown on Tuesday, informing residents that government offices and free shuttle services would stop running until the end of the curfew period.

“During the full lockdown earlier this year, we demonstrated that we can effectively deliver services to the public and I am confident that we can continue to do so,” Governor Gus Jaspert said Tuesday. “I know many businesses have also made great strides in enabling staff to work remotely. Working from home for many of us will be the order of the day in the coming period.”

The government’s response to the cases drew debate on social media. Phillip Hines took to Facebook on Monday to express his views, stating that the territory has seen “too many reactive decisions that are putting people deep in the red to the point of no recovery, with no helpline available, as they’ve all been exhausted.”

Another resident, Omar Husein, said on Monday that it is “unreasonable and unjust” for those with “obligations” to have to shut down businesses again.

“We are trying to recover from the previous lockdown and now because of some fool we who follow the rules have to suffer,” he wrote.

Mr. Fahie acknowledged the potential difficulties presented by people who may have entered the territory illegally. However, he and other officials at the Tuesday evening press conference stood by government’s decision to enforce a curfew.

“Our objective is to move towards self-reliance and self-determination,” he said, adding, “We have done that through the entire Covid-19 period. We are going to prove to the world that this territory has everything that it needs to remain Covid-free.”