Public officers still working inside the Ralph T. O’Neal Administration Complex will soon move into new office spaces as repairs continue on the building, which sustained serious damage during the …

END_OF_DOCUMENT_TOKEN_TO_BE_REPLACED 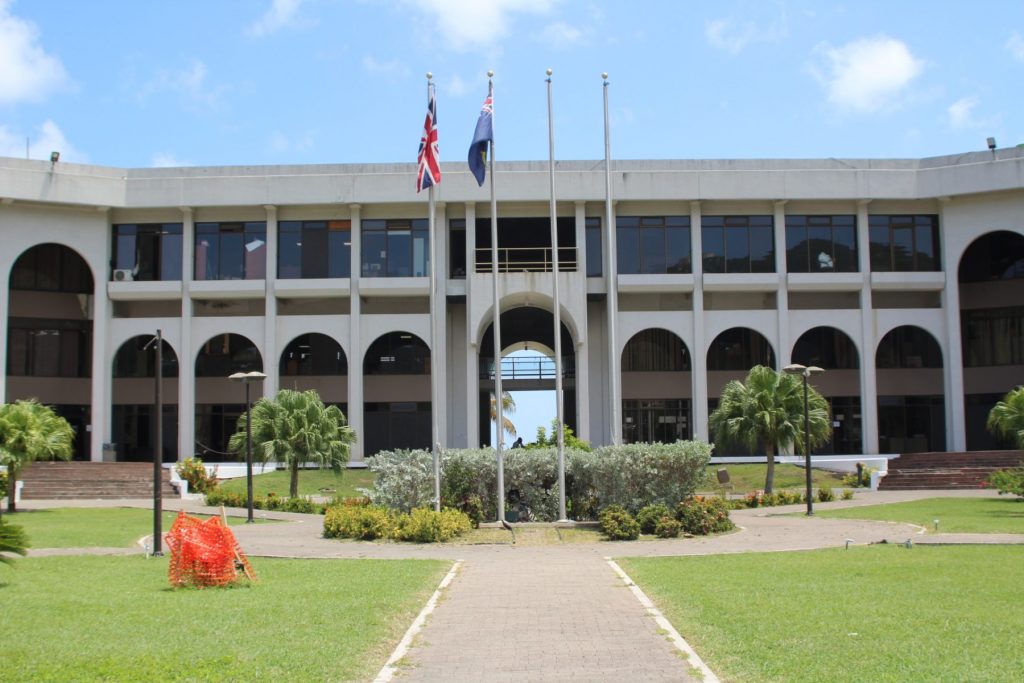 Roughly four months after Transportation, Works, and Utilities Minister Kye Rymer took over the renovations of the Ralph T. O’neal Administration Complex, a project to retrofit the roof is nearly complete while a project to replace the skylight will soon commence, Mr. Rymer said last week. Costs, among other factors, are unclear. (File Photo: ZARRIN AHMED)

Public officers still working inside the Ralph T. O’Neal Administration Complex will soon move into new office spaces as repairs continue on the building, which sustained serious damage during the 2017 hurricanes, Transportation, Works and Utilities Minister Kye Rymer said on Feb. 20 during a House of Assembly meeting.

Several of the leases for new workspaces have been signed, and others are being finalised, according to the minister.

Some rehabilitative works are almost complete, he added, explaining that the roof is now watertight because the company Professional Roofing has replaced 98 percent of the waterproofing membrane.

“We expect to receive certification of the installation for the warranty purposes within the coming days before acceptance of the completed job,” he said. “Note that the warranty is for 25 years.”

Other works are set to commence soon, according to the minister.

Wallan Glass Suppliers expects the first batch of metal frames for the new skylight to arrive shortly, and installation will begin soon after, he said.

In November, Mr. Rymer announced that the tender to replace the building’s windows, doors, and frames had been entered into the public domain and that he hoped to award a contract by the end of 2020, though he did not include an update on these works in the HOA Feb. 20. Additionally, the minister did not specify where the remaining occupants of the complex will be moved, how many employees will be moved, how much the various projects cost, or when the metal frames will arrive.

Officials in the ministry did not immediately respond to requests for comment.

Government awarded the contracts to repair the roof and the skylight on Sept. 20, and in October Deputy Governor David Archer Jr. officially handed over the project to Mr. Rymer, the minister said.

After taking over the project, Mr. Rymer set out to remove the remnants of the old roof so that works on the new one could begin; rid the basement of contaminated materials; salvage as many files as possible; and begin the process of relocating employees, he said.

At the time of the handover, he did not identify all of the selected contractors or project costs, nor did he specify the location of the temporary offices or the moving dates.

Since then, however, several office locations have been publicly identified in Cabinet briefings. The HOA voted on Oct. 18 to rename the then-Central Administration Building in honour of the territory’s first premier and longest serving politician, Ralph O’Neal.

Mr. O’Neal died on Nov.11 following complications from a stroke.