One hundred twenty four Fourth District residents, many of them senior citizens, trudged through the rain and wind last Thursday morning to line up outside the House of Assembly building …

END_OF_DOCUMENT_TOKEN_TO_BE_REPLACED 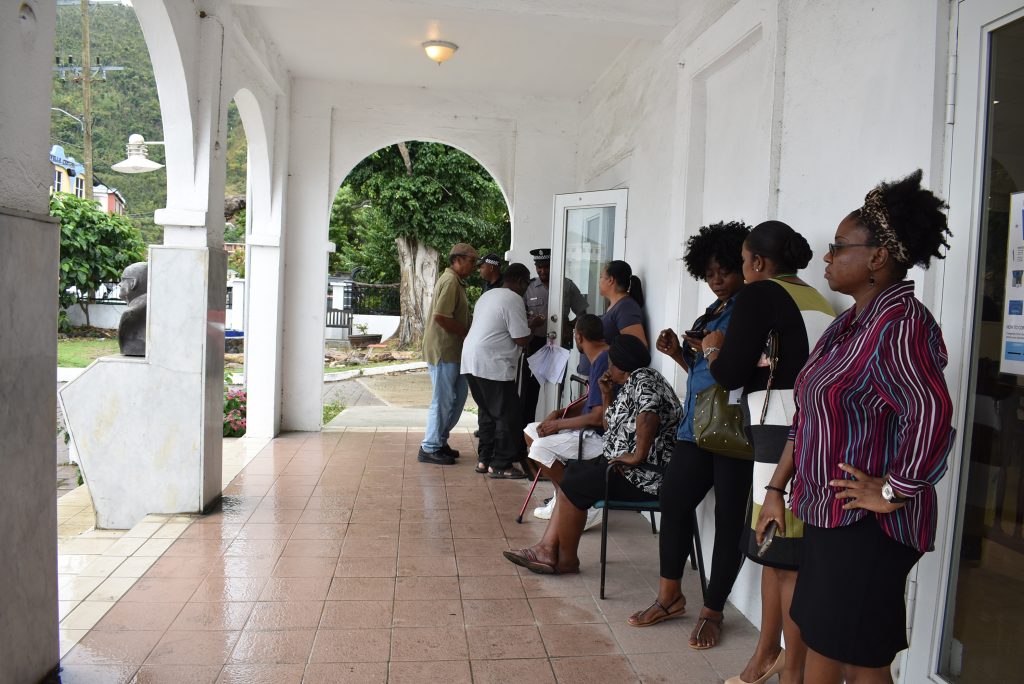 One hundred twenty four Fourth District residents, many of them senior citizens, trudged through the rain and wind last Thursday morning to line up outside the House of Assembly building as early as 8 a.m.

Often clutching canes and the arms of family members, they took a number and quickly filled up the green and black chairs assembled under the white tent in the courtyard and waited to vote as poll workers brought out more and more seats.

They were some of the 1,120 people who voted in advance polling this year, a sharp uptick from the 886 ballots cast last year, and well above the 654 votes cast in 2011.

The day served as the first test of the territory’s new electronic voting system.

“I was scared, but it was wonderful,” voter Valerie Rubaine said of the new machines. “Very easy, very organised, no problems.”

Another voter, Reuben Gilbert, said there were “little ups and downs” and added that he had to ask some questions, but ultimately he was able to vote without incident.

“I want more women to get in this time,” he said of the elections.

Virgin Islands Party District Four candidate Luce Hodge-Smith was there to observe the polling and said that throughout the morning the process had gone smoothly, and that voters seemed satisfied.

“I haven’t heard anybody complain,” she said.

Ms. Hodge-Smith and other onlookers, however, did notice that there was some malfunctioning with the voting machines early in the day.

Machines in other districts had similar technical malfunctions, but they were quickly resolved, according to Colene Penn, communications officer for the Governor’s Group.

“The little hiccup didn’t prevent persons from being able to vote,” Ms. Penn said, and added that the Third, Seventh and Eighth district stations stayed open an hour later than planned, until 3 p.m., to leave voters time to cast their ballots after the technical glitches.

Willie Wesley, the director of business development for Election Systems & Software, who oversaw the implementation of the electronic voting machines, said the only malfunction was with a Third District machine, which would not accept ballots.

Mr. Wesley went out to swap the machine out with a spare, one of which was set up at every station in case of such a mishap.

This issue was “magnified,” he said, by a candidate who insisted on waiting for the machine to be swapped out instead of using the emergency ballot bin — a separate compartment in the ballot box designed as a “plan B” to keep people voting.

“He didn’t understand that and tried to interfere with the process a little bit, which was just an inconvenience to voters,” Mr. Wesley said.

Other stations, he said, started later than planned simply because organisers didn’t give themselves enough time to drop off all the machines.

“Just one of the minor things you deal with when you’re transitioning to a new system,” he added.

The returning officer at the District Four station, Vansittart Huggins, said she considered the morning a success despite the setback. “It was a productive morning,” she said. “I think the voters are doing well.”