After East End closure, Tortola without a public library

END_OF_DOCUMENT_TOKEN_TO_BE_REPLACED 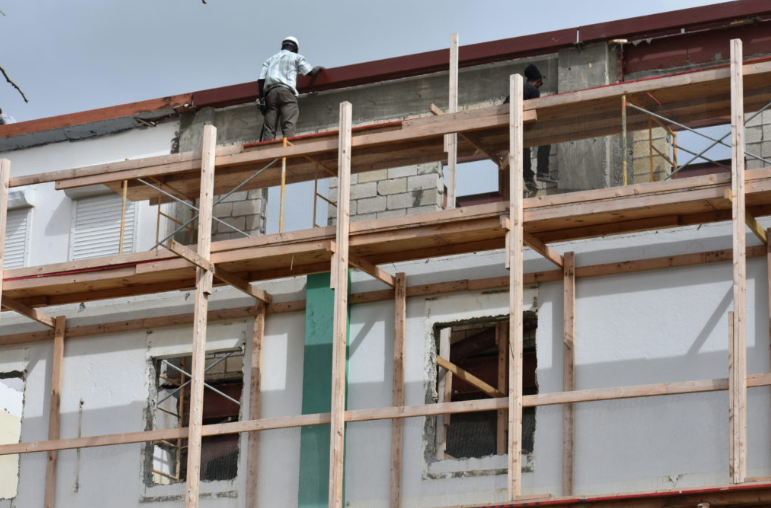 With the East End closure, there are no operational libraries on Tortola. Devel – opment of a library in Road Town has been stalled for more than three years. Above, the Road Town facility’s former building gets repairs last year. (File Photo: Claire Shefchik)

Since the Virgin Gorda and Jost Van Dyke libraries also remain closed, Anegada may now have the territory’s only functioning public library, though no one answered the phone at the sister island facility this week and government officials declined to confirm whether it is open.

A government press release announcing the EE closure directed anyone with questions to Chief Librarian Suzanne Greenaway and provided a phone number for her, but Ms. Greenway did not answer multiple calls from the Beacon.

The main branch in Road Town closed in 2016 in preparation for its move to the Clarence Thomas Limited building, but after Hurricane Irma that building was used as a temporary Elmore Stoutt High School campus.

During an April 2019 meeting of the Standing Finance Committee, Ms. Greenaway mentioned plans to build a national library in Road Town, but said there were no plans for a temporary facility in the meantime, according to a report on the closed-door SFC proceedings. No further information on that project has been disclosed since then.

Ms. Greenaway also told the SFC that she was based at the East End library, which had survived the 2017 hurricanes with minimal damage.

At the time, she said, the facility was offering after-school and Sunday programmes that bolstered traffic there. Additionally, she noted that books that belonged to the library but were stored in the “F” block of the Elmore Stoutt High School were “riddled with mould.”

Ms. Greenaway also told legislators that the library building in Virgin Gorda was damaged during the 2017 hurricanes, but it was repaired and handed back to the ministry in 2018, according to the SFC report. She did not explain why it remained closed.

The Anegada Community Library reopened in February 2018, according to a government press release issued at the time, and Jamie Johnson, general manager of Anegada Beach Club, said yesterday that she believes the facility is currently open and in good condition.

However, Carolyn Stoutt-Igwe, permanent secretary in the Ministry of Education,Culture, Youth Affairs, Fisheries and Agriculture, declined to confirm whether that library is still operational or to provide further information about any library in the territory.

Ms. Stoutt-Igwe said a report on the territory’s libraries is in the works, but she didn’t know when it might be released