In recent months, about half of all assault cases were domestic related, Police Commissioner Michael Matthews told the Beacon this month, adding that domestic violence remains prevalent in the community …

END_OF_DOCUMENT_TOKEN_TO_BE_REPLACED 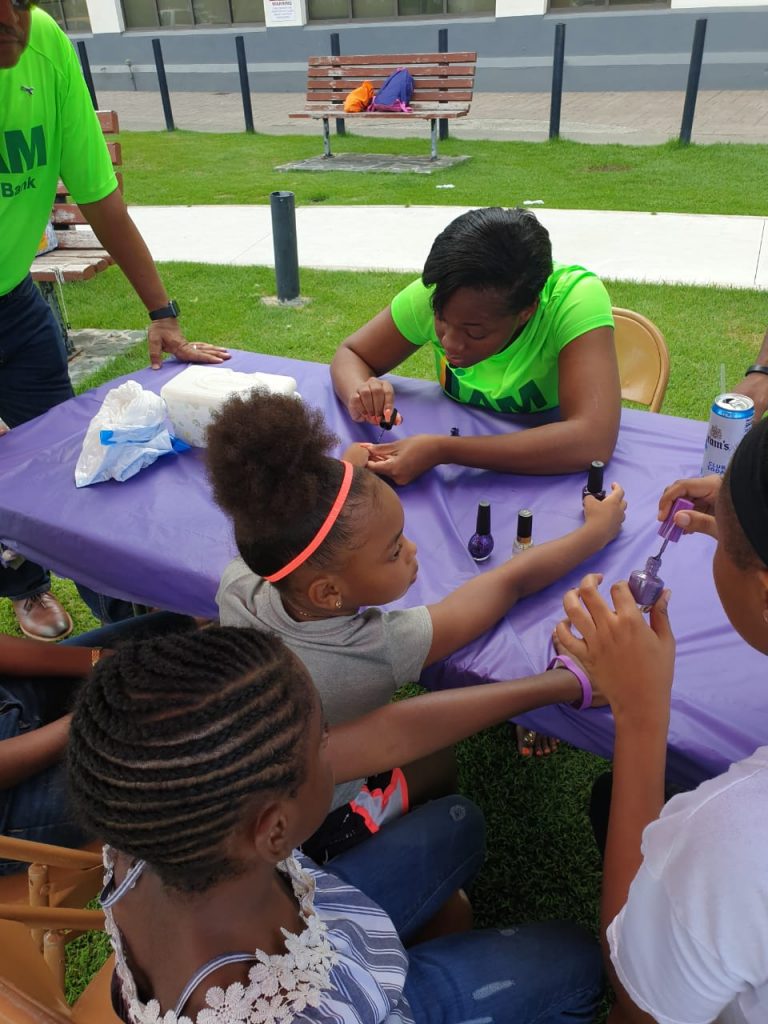 In recent months, about half of all assault cases were domestic related, Police Commissioner Michael Matthews told the Beacon this month, adding that domestic violence remains prevalent in the community and measures need to be taken to address it.

The Family Support Network hosted a Walk of Remembrance on Oct. 1, as well as a “Nailing It” campaign where community members were encouraged to support victims by painting their ring finger purple on one or both hands.

“We’ve done a lot of community outreach and community education, but it seems as though we need to do a lot more,” said Judith Charles, the president of FSN’s board of directors.

During the 30th anniversary celebration of FSN, which was held on Sunday at The Moorings, the family of a victim of domestic abuse spoke up about their experience.

“The family that spoke about the loss of their sister — that one was heartbreaking, because they get to a certain point in the conversation and stop because they can no longer speak,” Ms. Charles said. “The fact that victims [and their families] are now being able to speak — that is an extremely important thing. We’ve offered the victims platforms and they are taking them up. That’s going to happen again and again.”

Today, the Office of Gender Affairs will host a “Paint the Town Purple” event in observance of the month of awareness.

In spite of such efforts, however, domestic violence persists, officials said.

“These are real issues, and by having month dedicated to it is important but we still need to more,” Mr. Matthews told the Beacon.

The commissioner said he’s seen an increase in reports of domestic crimes in recent months.

“The police service can make arrests and prosecute, but it actually doesn’t solve the fact that there is a problem,” he said. “There needs to be intervention long before the police are involved, especially when you have repeat victims. We need to have a comprehensive effort.”

In 2011, the Domestic Violence Act was passed, and a National Protocol was adopted in 2014. The protocol states that based on police reports between 2009 and 2012, there was a significant increase in cases across the territory, but also that reporting rates have risen with the introduction of a “pro-arrest” internal domestic violence policy between 2011 and 2012.

Officers are required to arrest the “predominant aggressor” (or both parties if necessary) and either summon or charge them to bring them before the courts, according to the protocol. When no arrest is made, the protocol requires officers to report to a supervisor with an explanation.

The 40-page protocol document spells out the way domestic violence complaints should be handled by police, prosecutors, medical care providers and social workers, and it accompanied another protocol covering how to handle cases of child abuse and neglect.

While government and other agencies are taking action to prevent domestic violence, Mr. Matthews acknowledged a prevalence of apathy in the community and urged residents to stand by each other.

“We’re a very small community. We’re very tightly bound. Relationships seem to be at the root cause of [domestic violence],” he said. “Don’t turn a blind eye to it. You have to put the shoe on the other foot and ask, ‘What if that was me? What if I was the victim in another circumstance?’ That is about community resilience. That’s about looking out for each other.”

He also warned about the impact of domestic violence on children.

Research has shown that children who regularly witness domestic violence grow up thinking the behaviour is acceptable, and they are more likely to become perpetrators themselves when they grow older.

For children who feel threatened or at risk at home, the commissioner urges them to come forward.

“We have a family juvenile unit with specialist officers trained at the international unit to deal with these kinds of issues,” he said. “We will protect you.”