Whenever Kaylinda Richardson sees a youth riding a scooter without a helmet, she feels pain and remorse remembering what happened to her son last year. Ms. Richardson was a guest …

END_OF_DOCUMENT_TOKEN_TO_BE_REPLACED 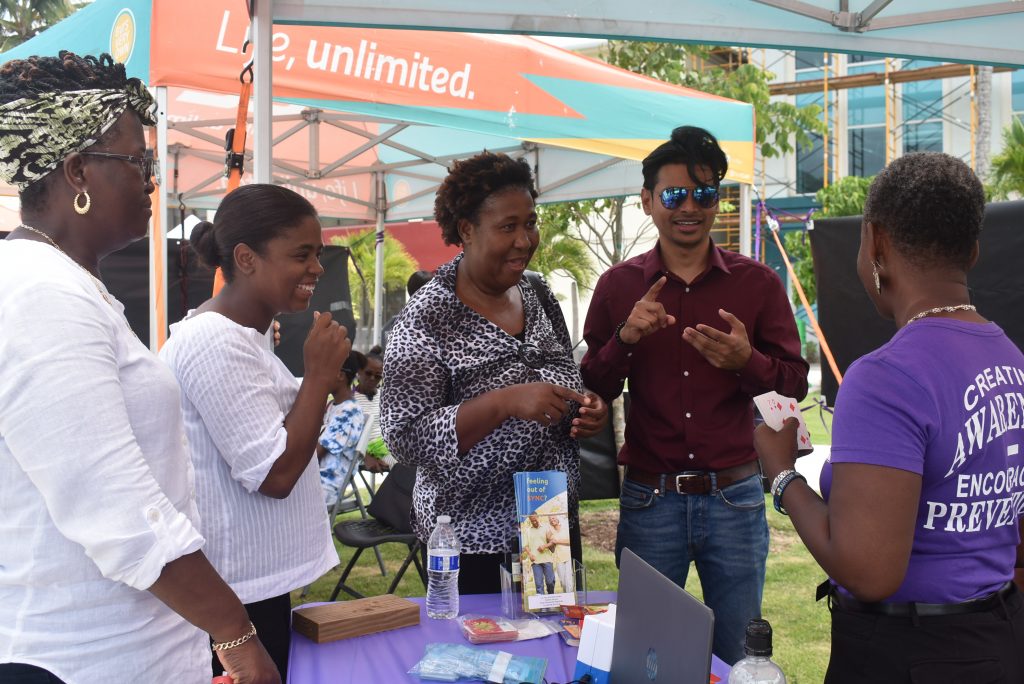 Whenever Kaylinda Richardson sees a youth riding a scooter without a helmet, she feels pain and remorse remembering what happened to her son last year.

Ms. Richardson was a guest speaker at the Alzheimer’s Awareness March on Friday themed “Love Your Brain,” where she shared her son’s story with the public.

Kenyatta Richardson was 26 when he was in a car wreck. He was a passenger in a taxi that got T-boned by a vehicle travelling at almost 80 miles per hour, she said.

Mr. Richardson suffered traumatic brain injury but survived. He was in a coma for 33 days and had to go through therapy, re-learning how to swallow, speak, walk and balance himself.
Prior to the wreck, he dreamed of becoming a pilot.

“My son was studying to be somebody in the community and that dream was taken from him in a situation where he didn’t put himself at risk,” she said.

She explained that she often sees young people riding scooters without a helmet, and she decided to speak up for brain safety.

“They don’t really know the danger of what they’re doing,” she said. “You can easily recover
from a broken arm or a broken leg, but it’s not easy to recover from a brain injury.”

Ms. Richardson explained that for some people, loss of memory happens over time, as is the case for Alzheimer’s. For others, it can happen in an instant, like it did to her son.

The purpose of the march on Friday, which this year was focused on youths, was to equip community members with the tools and knowledge to keep their brains sharp.

The procession around 10 a.m. on Friday with a group of helmet-clad riders leading the way through Road Town and into the Noel Lloyd Positive Action Movement Park.

“With the bikers leading in front with their helmets on, I think we sent a message out to the public saying that they need to wear helmets while riding a bike or any contact sport,” said Bhanu Raman, chair of the association’s organising committee for Brain Health Month.

Tents were set up in the park, including one for food and one for guest speakers and performers.

After hosting competitions throughout the schools in the territory, where students were encouraged to share artwork about Alzheimer’s, organisers hosted the event as the culmination of a month-long awareness campaign.

“This is the month that’s internationally dedicated to getting all kinds of activities going to create awareness of Alzheimer’s,” Ms. Raman explained. “We are trying to get the children’s view of what Alzheimer’s is and how they can help other people, because they also have family members who have Alzheimer’s.”

The students’ poetry, pictures and paintings were on display at the event. Two students read their poems aloud as The 3G’s played songs about Alzheimer’s awareness.

Meanwhile, members of the association played memory games with attendees and passed along tips to keep the brain sharp.

During her speech, Ms. Richardson encouraged the youths to put down the video games, to exercise, and to do some reading. Using the brain in creative ways, Ms. Richardson said, is one of the reasons her son’s recovery has gone well so far.

“He did things to exercise his brain by memorising phone numbers, by not using the GPS
began when he goes out but studying a map before leaving home to get to his destination,” she said. “It has been like a journey for the family, because whatever we en- courage him to do we also do.”

With support from his family and from Broward College, where he graduated from the Air Traffic Control Programme and is currently training to be an air traffic controller, Mr. Richardson is still having some memory-loss issues, but his long-term memory has improved.

Ms. Raman explained that the organisation is starting a group soon where caregivers can come and share their experiences in a supportive environment. Additionally, there will be another Alzheimer’s awareness event in September, she said.