Nearly two and a half years after Hurricane Irma, tourism in the Virgin Islands was back. Hotel rooms were full, cruise cabins were packed, charter yachts were booked solid. Then …

END_OF_DOCUMENT_TOKEN_TO_BE_REPLACED 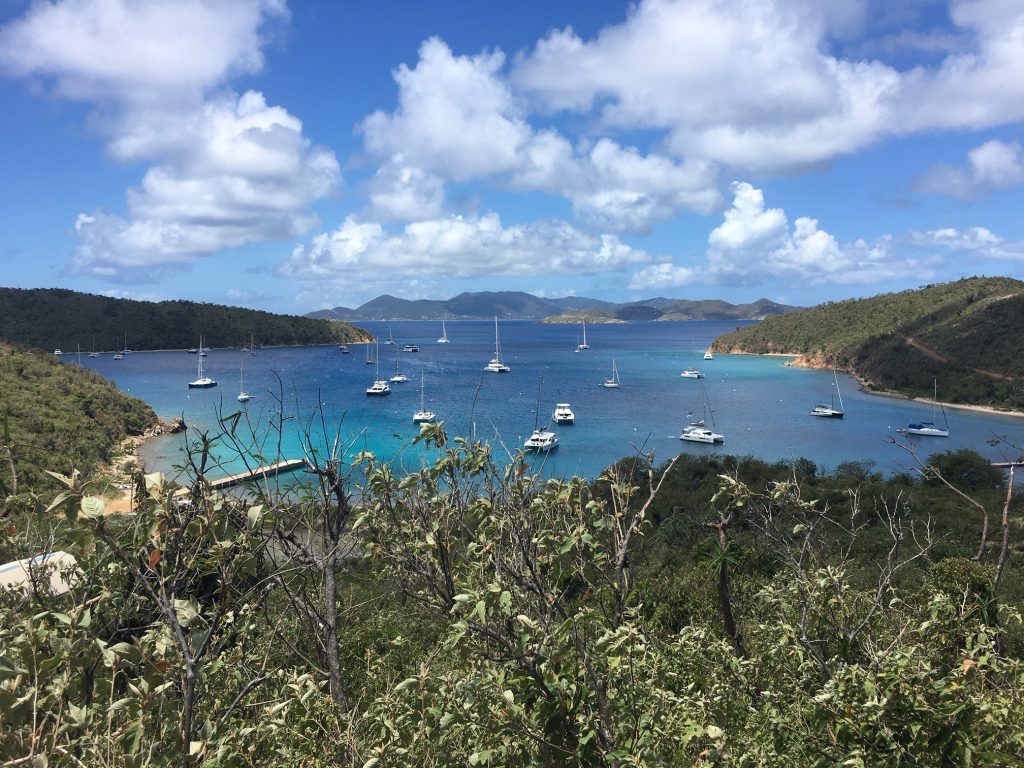 Nearly two and a half years after Hurricane Irma, tourism in the Virgin Islands was back. Hotel rooms were full, cruise cabins were packed, charter yachts were booked solid.

“We were in what was looking to be a record season,” said BVI Tourist Board Director Sharon Flax-Brutus, “and it has been devastating for businesses.”

Charter boats float idly on their moorings and hotel rooms sit empty, all waiting for the resolution of the COVID-19 pandemic that has gripped the world, resulting in cancelled trips worldwide and prompting the closure of the VI’s borders to visitors. Although according to Ms. Flax-Brutus, around 226 foreign visitors remain in the territory as of last week, thanks to the 14-day lockdown enacted two weeks ago, they are contributing little to the economy.

Joe Collier, president and CEO of Mainsail Lodging and Development, which owns and operates Scrub Island Resort and Marina, agreed with Ms. Flax Brutus that it was “an incredible January and February.”

Now, with no revenue coming in, the season has turned into a struggle.

“Your burn rate is so quick when you turn the faucet off. You run out of money in two seconds flat. So many hotels are closed; it’s unprecedented. Nobody’s seen anything like it.”

He added that he’s furloughed almost half the staff at Scrub and its sister hotels in other countries.

“Senior people aren’t taking salaries right now, or working at 40 percent reduced pay,” he said. “We rely on hotel guests and travellers to be sleeping, eating and drinking at our resorts, and none of that is happening right now.”

The big question for everyone remains when the situation will change. Graham Gips, a captain who chairs the Charter Yacht Society, said a once-promising season has devolved into uncertainty, with guests cancelling and unsure when
it makes sense to rebook.

“While most yachts and charter guests prefer to reschedule, it is difficult to do so given the circumstances,” he said. “Many yachts with full schedules simply cannot fit reschedules into this season, and of course clients don’t want to delay their dream vacation. Most charter yachts are taking a cautious approach, rescheduling bookings for April and early May, while taking a wait-and-see approach for June and July.”

Mr. Collier said many of his guests who cancelled have rescheduled into the fall.

“As long as we can get out of this thing by August, if it goes that long, there should be a lot of pent-up demand,” he said. “We expect a lot of activity at the end of the year and next year. The Caribbean compared to Europe will come back strong.”

However, so much of the uncertainty about when tourism will return depends on factors out of the VI’s control. The United States, which makes up the largest share of VI visitors, is facing its own COVID-19 crisis, with an end date uncertain.

“It depends on whether main markets can contain the virus and when it’s safe for them to travel, for us to accept them,” Ms. Flax-Brutus said.

For many in the VI tourism industry, the crisis is conjuring up memories of Hurricane Irma, whose destruction in 2017 wrought a similar near-total shutdown in business. But it differs in key ways.

“There’s no such thing as business-interruption insurance for pandemics, so that in itself has been a challenge for business to make some very tough decisions,” Ms. Flax-Brutus said. “Many of the businesses are impatiently waiting to see what sort of relief is forthcoming from government as well as from financial institutions.”

That means they’re counting on a promised economic stimulus package, or the various forms of debt relief that VI banks are offering. Mr. Collier said some recompense from the government is only fair.

“They’ve had to systematically shut down the economy,” he said.

“There’s got to be some help on the other end. This isn’t about companies doing something wrong.”

Just because resorts are closed and guests are gone, doesn’t mean no activity is taking place. According to Mr. Collier, employees who remain on Scrub are hard at work on preventive maintenance projects.

“The good news is the resort will be nice and shiny and clean and new when we come out,” he said. “Everyone can remain productive.”

Many crewed yachts, meanwhile, are spending the lockdown period in protected anchorages like The Bight at Norman Island and Great Harbour on Jost Van Dyke.

Although they may not be sailing, said Mr. Gips, “The reality is that the work aboard charter yachts is never finished, and there are a myriad of jobs to be done when the yacht is not on charter … that will enable them to stay put for the foreseeable future, given a range of weather conditions.”

Of course, even when tourism does bounce back, there will difficult choices to be made. With the cruise ships having served as early vectors for spreading the virus — one ship that visited the VI, the Costa Favolosa, carried passengers who later tested positive — Ms. Flax-Brutus acknowledged that tourism in the territory may not look quite the same.

“We need to see what parameters and guidelines they put in place
so that we are assured and comforted by the fact that it doesn’t impact us negatively from a health standpoint to have the ships call on the BVI,” she said.

Ms. Flax-Brutus added that now, when little else can be done but sit and wait, the industry should follow the government’s health guidelines on social distancing and hygiene.

With luck, she explained, these rules will be what gets the VI back to normal faster.

“If we can remain one of the healthiest destinations, that can bode well for the future of tourism,” she said.