On Tuesday Anegada Express launched a new, larger ferry that will operate four days a week between Road Town, Virgin Gorda’s Gun Creek, and Anegada. The vessel will run on …

END_OF_DOCUMENT_TOKEN_TO_BE_REPLACED 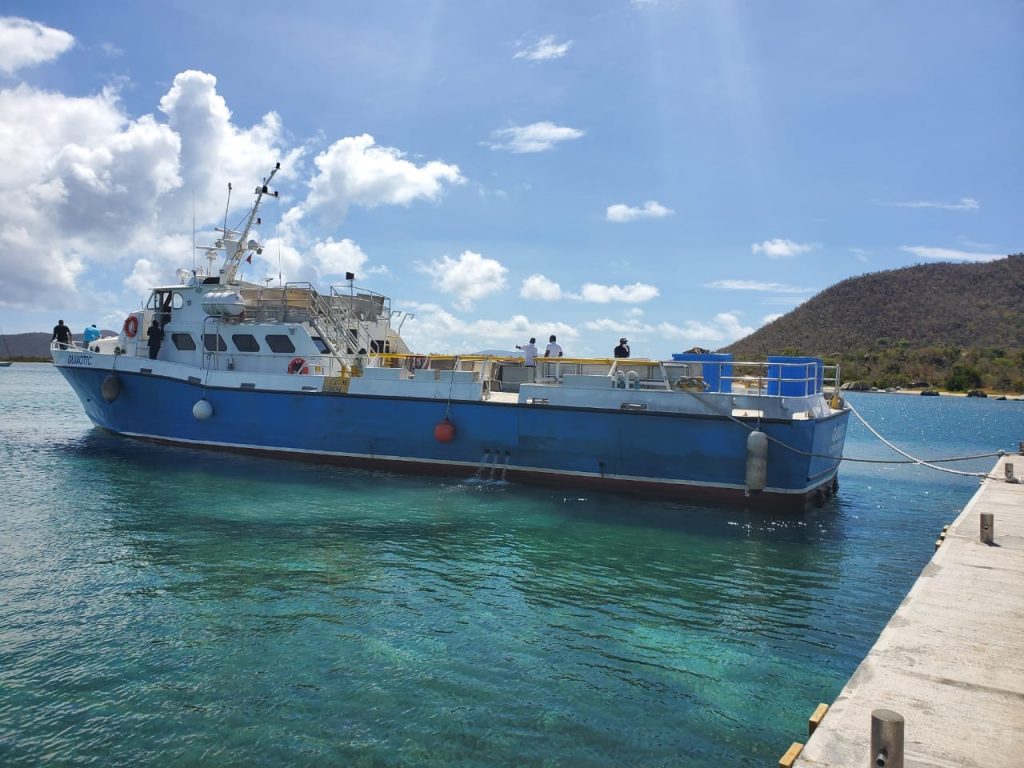 This week, Anegada Express launched a new 96-foot ferry that will operate Tuesdays, Thursdays, Saturdays and Sundays from Road Town to Virgin Gorda and Anegada and back. (Photo: PROVIDED)

The vessel will run on Tuesdays, Thursdays, Saturdays and Sundays, with two round trips on each of the days, according to a press release from the company.

Natural Resources, Labour and Immigration Minister Vincent Wheatley (R-D9) “for quite some time before he was elected to office … wanted to increase some options and reliability to Anegada as well as better connections between the sister islands of Anegada and Virgin Gorda,” the press release explains.

The trips will take place using a new 96-foot ferry, which the press release described as a triple-engine vessel that is able to carry up to 100 passengers and 40 tons of cargo.

“It is designed as a reliable multi-purpose vessel to serve Anegada residents and advance the regional economy,” the release stated. “The vessel is bigger,
stronger, safer and able to operate safely through bad weather conditions and able to handle the rough seas better.”

The company, an offshoot of the Anegada Beach Club, began operating in early 2018 out of Trellis Bay using a smaller, 35- passenger ferry.

It originally offered a daily service designed to complement the Monday-Wednesday-Friday Road Town ferries and the flights to the sister island. Later
that year, however, it reduced service to four days a week. Tickets remain $50 round-trip, according to the website.

Along with its Road Town trips, the company is still offering options to passengers to travel to or from the Terrance B. Lettsome International Airport via Trellis Bay. Passengers can take a private shuttle from the dock in front of De Loose Mongoose Restaurant.