Local News > Bids come in for solar grid on Anegada

Bids come in for solar grid on Anegada

The BVI Electricity Corporation is working with an international consulting company to evaluate five bids to construct a utility-scale solar array on Anegada, the utility announced this week. The BVIEC …

END_OF_DOCUMENT_TOKEN_TO_BE_REPLACED 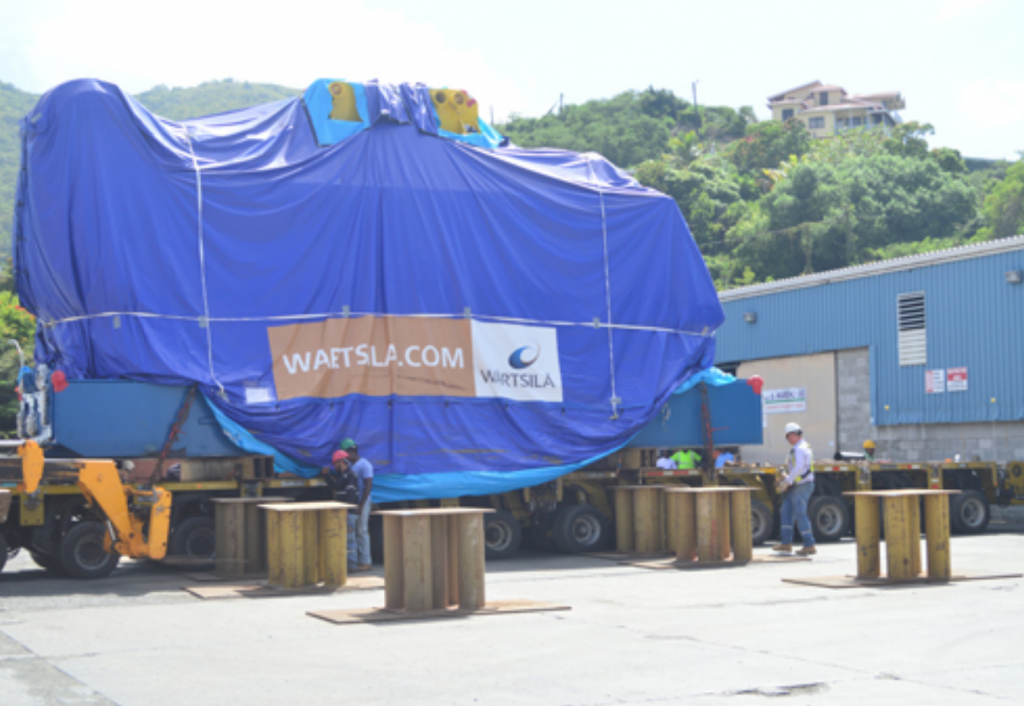 If completed, the Anegada solar project would help the island to reduce its fossil fuel energy generation by almost 80 percent, which is part of a broader plan that calls for the widespread implementation of of renewable energy by 2023. But currently, diesel-burning generators, including three installed at Pockwood Pond in 2016 (above), provide almost all of the territory’s energy. (Photo: NGOVOU GYANG)

The BVI Electricity Corporation is working with an international consulting company to evaluate five bids to construct a utility-scale solar array on Anegada, the utility announced this week.

The BVIEC first requested proposals for the project in October 2019 and hosted a site visit in December attended by more than 30 companies.

On Feb. 24, five companies submitted bids for the engineering, procurement and construction of the grid, which officials hope will start producing 2.1 megawatts of electricity next fall, according to BVIEC General Manager Leroy Abraham.

“BVIEC would like to convey its appreciation and thanks to these companies for their bid and wishing to be its strategic partner in the organisation’s transition to employing more renewable energy in the energy production mix within the British Virgin Islands,” the utility stated in a press release.

As part of its bid, Advanced Solar Projects has partnered with local companies aTec, a VI renewable energy company that has managed projects across the Caribbean, and Creque’s Engineering Services, which is owned by former BVIEC Deputy General Manager Henry Creque.

“We too are very happy to have been involved with this bid and are looking forward to our continued involvement,” aTec owner Dana Miller said in a press release yesterday.

However, no announcement has yet been made regarding this programme’s commencement and Power 52 and HLSCC did not respond to requests for comment by press time.

Tugliq and Virtual Engineers are both based in Canada, while Advanced Solar Projects is based in New Jersey.

In 2013, government established several renewable targets as part of its ten-year energy vision, which include reducing fossil fuel energy generation on Anegada 80 percent by 2023, and supplying 30 percent of the territory’s energy by renewable means by 2023.

Currently, the territory produces almost all of its energy by burning diesel.