In one day two weeks ago, a group of three pit bulls destroyed a Chalwell Estate resident’s outdoor furniture while trying to enter his home, and a pack of four …

END_OF_DOCUMENT_TOKEN_TO_BE_REPLACED 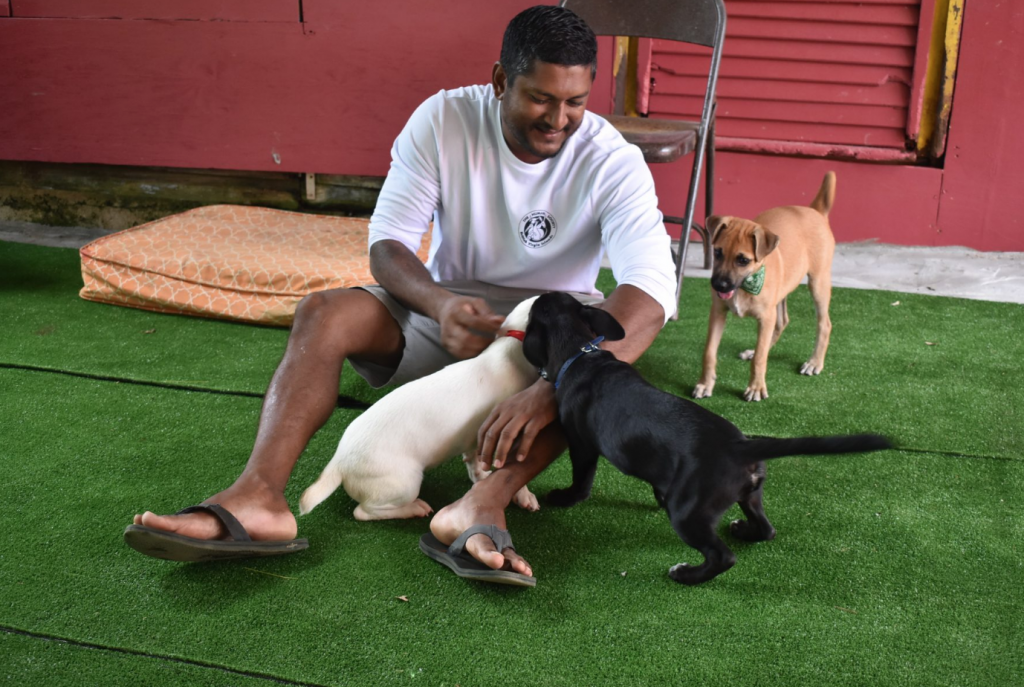 Over the past few weeks, police have reported an increase in attacks and property damage by animals who were not property cared for. Above, Humane Society Shelter manager Vijay Bissoondutt plays with dogs at the shelter. (File Photo: CLAIRE SHEFCHIK)

In one day two weeks ago, a group of three pit bulls destroyed a Chalwell Estate resident’s outdoor furniture while trying to enter his home, and a pack of four dogs killed a Long Look man’s chickens, Police Information Officer Diane Drayton warned on Monday.

Amidst an increase in reports of dog attacks and other property damage caused by animals, police are urging the public to keep better track of their pets and livestock, Ms. Drayton stated.

She added that a woman was hospitalised last month after being attacked by two dogs in the Belmont Estate area, and the owner of a herd of goats said that four of his goats were decapitated after jumping into his neighbour’s yard.

“Owners will be charged criminally for any attacks or damage to property as a result of their unrestrained animals,” said acting Deputy Police Commissioner St. Clair Amory.

“Similarly, persons found to be intentionally harming or setting poison out to harm or kill animals can also be charged and prosecuted under the Protection ofAnimals Act.”