This year’s Fifth Annual Caribbean Cellars Block Party had a special cause attached to a night of performances: raising money to help support the family of a Virgin Islands artist. …

END_OF_DOCUMENT_TOKEN_TO_BE_REPLACED 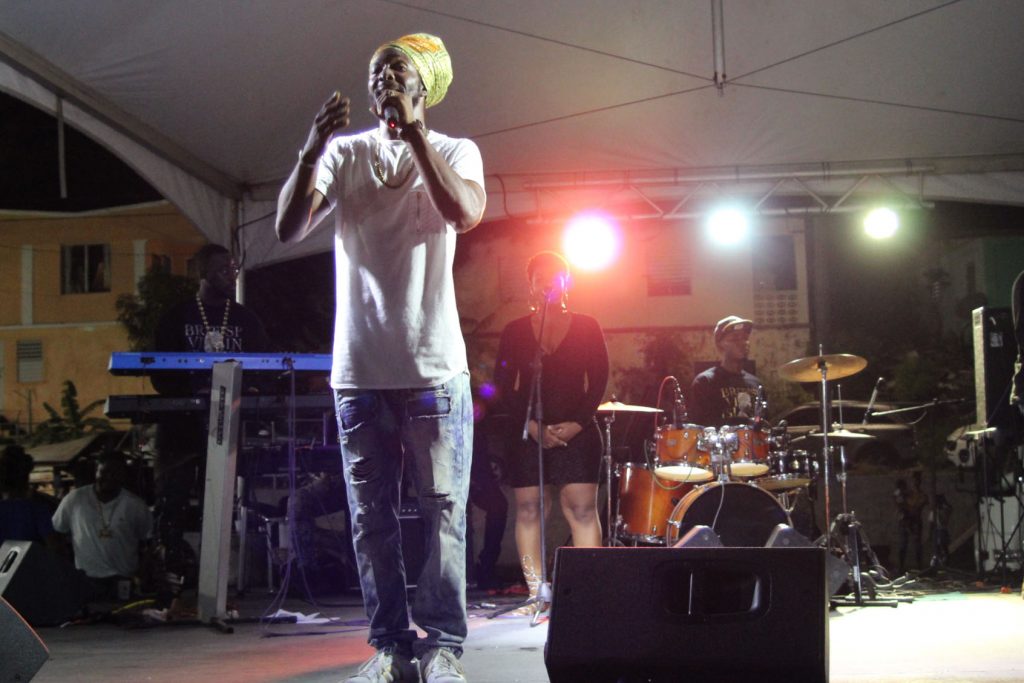 This year’s Fifth Annual Caribbean Cellars Block Party had a special cause attached to a night of performances: raising money to help support the family of a Virgin Islands artist.

“I feel it was a big help in the sense of drawing attention and open up avenues for help,” Mr. Semper said.

Adaeze suffered a prenatal stroke and as a result has multiple disabilities. She was born with cerebral palsy and autism, and has difficulty walking and speaking.

With time and resources needed for therapy, Mr. Semper is hopeful that Adaeze will lead her life like any other person.

Adaeze is currently in the United Kingdom with family members, where Mr. Semper travelled this week. He lives there and stays close to his daughter, often returning to the VI to pursue his musical career, which has taken him as far away as Brazil to perform.

Of his six children, all are musically inclined except for Adaeze because of her disabilities, he said. His youngest son, Amani Royal, at 8 years old, is on the verge of composing his own music, the musician added.

At the event, Caribbean Cellars and other vendors set up booths around the stage.

“As a child coming up, I always see the love the community has for children of that sort,” he said. “Receiving that love, energy and togetherness that the community has, it was within my teaching … to reach out to the community for strength before reaching out to anyone else.”

The event included another community effort as well. As part of a territory-wide back-to-school drive, CCT Global Communications handed out backpacks filled with supplies throughout the day. With a tent set up at the entrance to the party, the company had 500 backpacks in stock for families.

“We can’t supply everything that everyone needs, but [it’s] just to start off the school year with some supplies,” said Jerilee Hopkins, marketing chair for CCT “Since Irma, we’ve realised that there are families that need help.”

Crowds gathered from around 8 p.m. and Shine-I took the stage at about 9.

Attendees participated in a raffle and won prizes like a Versace watch, tickets to a glass-bottom boat cruise in Necker Island, and lunch for two at Brandywine Estate.