Kitchen torched but no one injured in Pasea apartment fire

Yesterday afternoon, Edwina Gregoire was cooking food in her small Pasea apartment when a fire broke out beneath the kitchen sink.  Unable to douse the flame herself, she tried calling …

END_OF_DOCUMENT_TOKEN_TO_BE_REPLACED 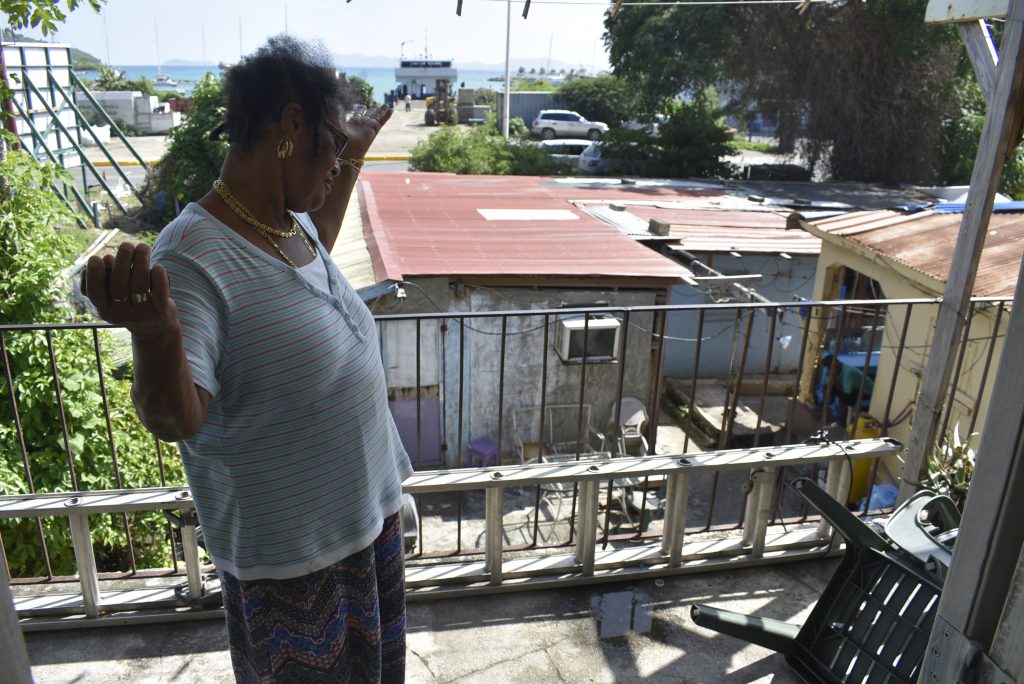 After a fire broke out in Edwina Gregoire’s apartment next to Delta Petroleum yesterday, the grandmother of five was unsure whether she would get any assistance to repair the damage, but she was thankful that she wasn’t hurt. (Photo: JOEY WALDINGER)

Yesterday afternoon, Edwina Gregoire was cooking food in her small Pasea apartment when a fire broke out beneath the kitchen sink.

Unable to douse the flame herself, she tried calling the fire department but couldn’t get through, she said.

Watching Ms. Gregoire try to extinguish the blaze, an employee at nearby Delta Petroleum called the fire department, and a group of firefighters quickly arrived at the scene and put out the flames, Ms. Gregoire said.

She shares the two-bedroom upstairs apartment with her daughter, her daughter’s husband, and their five children, none of whom were hurt during the fire.

But her kitchen was scorched.

By roughly 1:30 p.m., her son-in-law was mopping dirty water out of the kitchen, where the top of the freezer and the walls above the sink were charred black.

The floor was covered with wet debris.

Ms. Gregoire said she was grateful to God that no one was hurt, but she wasn’t quite sure what would happen next.

She said the firefighters instructed her to go to the police tomorrow and report her dam-, but after scraping by for years without a job or support from the government, she wasn’t counting on her situation changing now.

Despite the uncertainty ahead, Ms. Gregoire was still smiling and still praising God for looking out for her.

As this reporter was leaving her home, she stood on her balcony, laughing with neighbour below about how there now was no lunch for her to eat.