The BVI International Arbitration Centre is processing its first Virgin Islands-based arbitral dispute, according to BVIIAC CEO Francois Lassalle. The case, which landed on the centre’s desk at the end …

END_OF_DOCUMENT_TOKEN_TO_BE_REPLACED 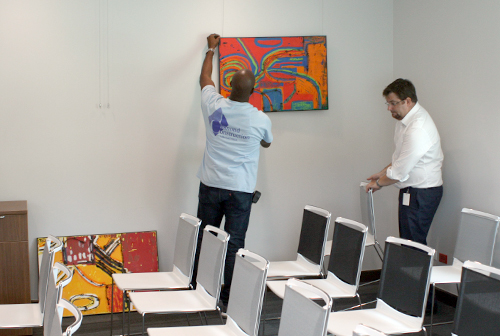 The case, which landed on the centre’s desk at the end of 2017, is currently in the jurisdictional phase where parties are exchanging documents, said Mr. Lassalle, who declined to disclose further information about the dispute or the parties involved.

Arbitration — a way of settling legal disputes outside of court — has been one of the VI government’s desired golden geese for years. In order to prime the territory for arbitration business, VI lawmakers passed the Arbitration Act in 2013, laying the groundwork for the jurisdiction to serve as an arbitral centre in the future.

The legislation allowed the territory to become a signatory to the New York Convention in early 2014, a crucial aspect to attracting arbitration business.

The convention requires arbitration awards to be legally enforceable in the VI as well as more than 150 other member states that have signed the agreement.

Central government bankrolled the development of the physical arbitration centre in the third floor of the Ritter House, and the BVIIAC operates as an independent statutory body incubated by the Financial Services Commission, according to Mr. Lassalle.

In an arbitral proceeding, an independent third-party arbitrator or tribunal — often selected by two disagreeing parties — resolves a dispute. Ideally, the selection of a third party speeds up the dispute process by circumventing court waiting lists and sometimes utilising arbitrators with technical expertise related to the issues at hand.

Arbitration is not without controversy, though, as the process keeps disputes away from public eyes and record.

Local proponents say dispute resolution could serve as one of the territory’s “value-added” financial services products.

In addition to the local arbitration proceeding, the BVIIAC has also acted as the “appointing authority” in two other disputes, appointing an arbitration tribunal for one case based in London and for another that didn’t end up reaching a hearing stage, according to the CEO.

The Permanent Court of Arbitration, a nongovernmental arbitration organisation based in the Netherlands, delegated appointing authority to the BVIIAC last year, a service for which the centre charges $2,500, Mr. Lassalle explained.

“We are doing everything we can. I’m going to conferences and selling the centre,” he said, adding, “This year is really a marketing year. Last year was more operational.”

The goal, the CEO explained, is to get a BVIIAC clause in as many firms’ contracts as possible.

Mr. Lassalle said it would “be amazing” if the centre could process five disputes in 2018, though he stressed that predictions can be misleading because the number of proceedings processed is often based on chance and not necessarily indicative of the BVIIAC’s efforts or success.

“We’re doing everything we can to join more cases and raise more brand awareness,” he said, adding, “We’ve done a tremendous amount of work on social media.”

Additionally, the centre has generated significant revenue renting its space out to businesses, events and the territory’s Commercial Court, the CEO added.