Nineteen artists from here and abroad donated animal-themed work to help the Humane Society of the BVI raise almost $2,000 in a fundraiser auction on Saturday. The Tails & Tapas …

END_OF_DOCUMENT_TOKEN_TO_BE_REPLACED 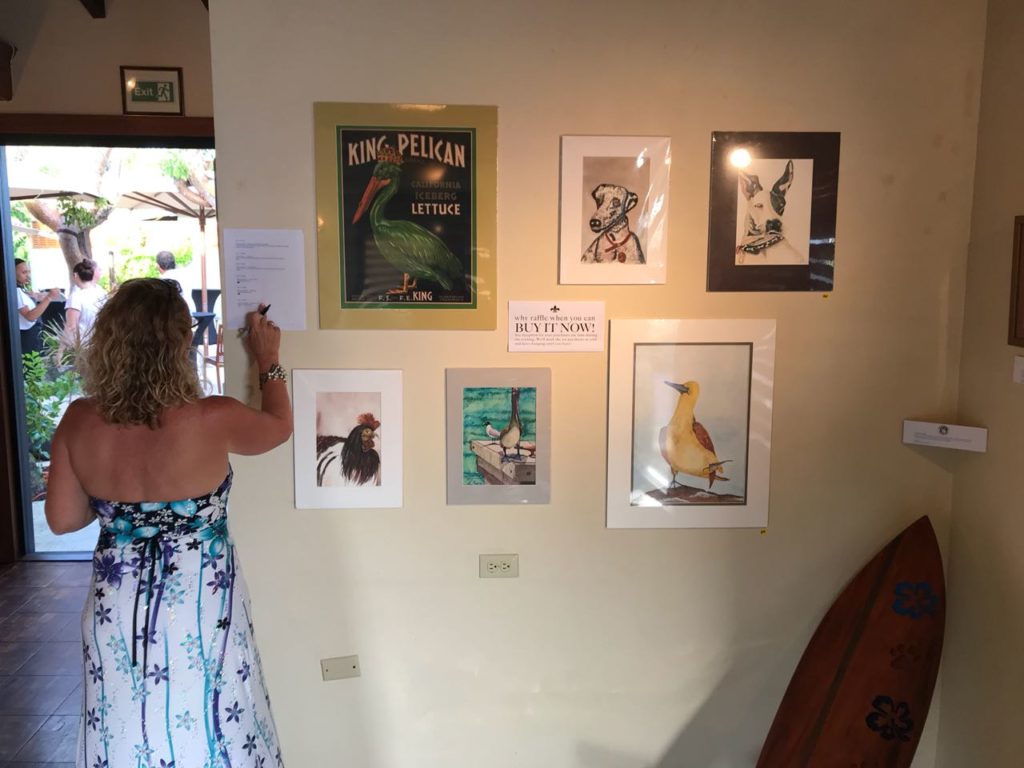 Nineteen artists from here and abroad donated animal-themed work to help the Humane Society of the BVI raise almost $2,000 in a fundraiser auction on Saturday.

The Tails & Tapas event, which was held at Surfsong on Beef Island, drew more than 80 guests, according to organisers.

Besides the auction, the evening included a jazz performance by Virgin Islands musician Oren Hodge, a “pop-up shop” with animal-themed gifts, and a Champagne reception.

For the art pieces, the auctioneer was Phil Aspinall, the manager of TICO, an event sponsor.

The BVIHS, which runs the animal shelter in Johnsons Ghut, relies on private donations to house, feed and care for animals in need throughout the territory.

Society manager Vijay Bisssoondutt explained that the Saturday event was held because it was “time to have a fun, dress-up party and to create awareness about the progress of the shelter and where we are going from here since the hurricanes last year.”

After the storm, the shelter was restored with the help of the non-profit PAW BVI, other volunteers, VI veterinarians and their staff, and Humane Society International.

Together, they cleaned and disinfected the facility; removed trees and debris; and re-roofed the kennels.

Since the beginning of 2018, almost 200 animals have been cared for at the shelter, including several exotic birds and a chinchilla.

Of those, 34 have been adopted and dozens more have been placed in foster care.

The funds raised at the event which will go toward the future relocation of the shelter to Josiahs Bay.