On Wednesday, a massive fire engulfed the dumpsite at Coxheath, emitting thick black smoke across Tortola and downwind to the United States Virgin Islands. Thursday morning, as the blaze continued …

END_OF_DOCUMENT_TOKEN_TO_BE_REPLACED 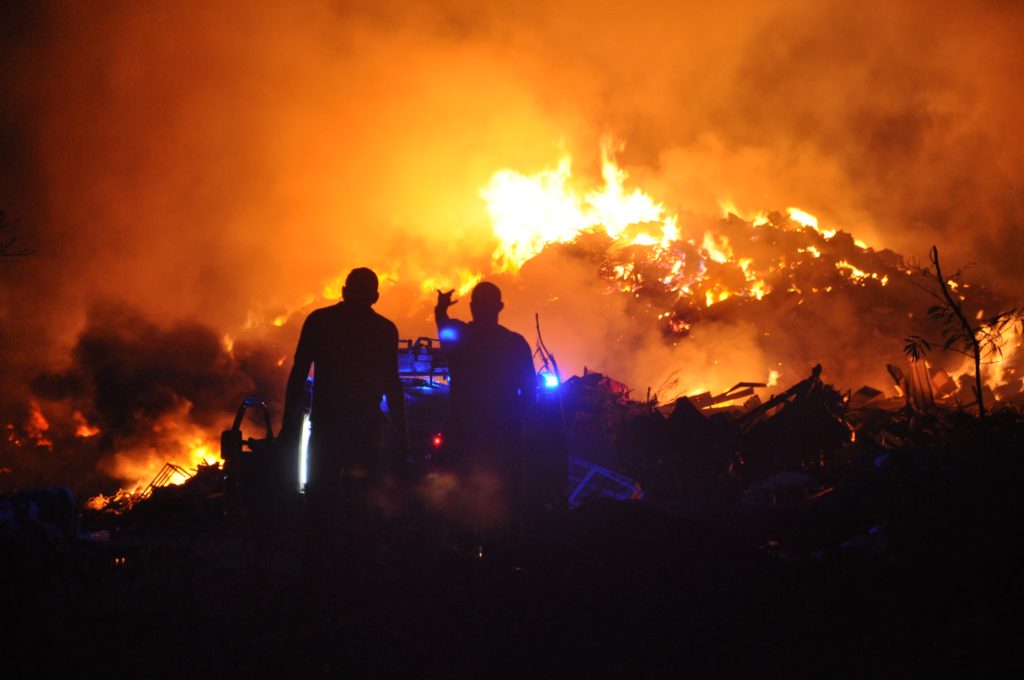 On Wednesday, a massive fire engulfed the dumpsite at Coxheath, emitting thick black smoke across Tortola and downwind to the United States Virgin Islands.

Thursday morning, as the blaze continued to burn, the Department of Disaster Management reported that the National Emergency Operations Centre had been activated at a level two after advice from Governor Gus Jaspert and Premier Dr. Orlando Smith.

Level two signifies a “single localised hazard impacting a large area of a number of people” and “secondary hazards or spread of impact zone [are] unlikely,” DDM stated.

“The impact will be confined to the affected area. Some disruption of normal routine/life is likely. Primary agency and several others, involved at the scene operating under Incident Command System,” the department added.

It is not clear how the fire originated.

Reached by phone Thursday morning, Chief Fire Officer Zebalon McLean said that he couldn’t immediately comment on the blaze or how it started. Deputy Chief Fire Officer William Penn said further information would need to come from either Mr. McLean or the NEOC.

Denniston Fraser, managing director of the BVI Airports Authority, said one fire truck typically stationed at the Terrance B. Lettsome International Airport has been stationed in Road Town while the trucks from the main fire station continue to deal with the blaze.

Mr. Fraser assured residents that a second truck remains at the airport, and that there is “sufficient coverage for any and all landing aircraft at Beef Island.”

The fire in Coxheath, he added, seems to have engulfed the whole area.

“I was there at 9:30 p.m. last night, and saw half of it burning. This morning the entire area — all of the garbage, the entire mound — is on fire. It does look like its burning itself out though,” he said.

At about 10 p.m. on Wednesday, at least two fire trucks were on the scene at the dumpsite, and hoses were being run across the road and into the ocean.

The Department of Waste Management, the Fire and Rescue Service and the Public Works Department continue to work to put out the fire.

Authorities from the USVI have also been approached to assist in assessing the situation, DDM said.