After one of the roughest years for tourism in recent memory, hotels, yachts and villas are beginning to fill up again at last, but stakeholders fear that staff shortage and …

END_OF_DOCUMENT_TOKEN_TO_BE_REPLACED 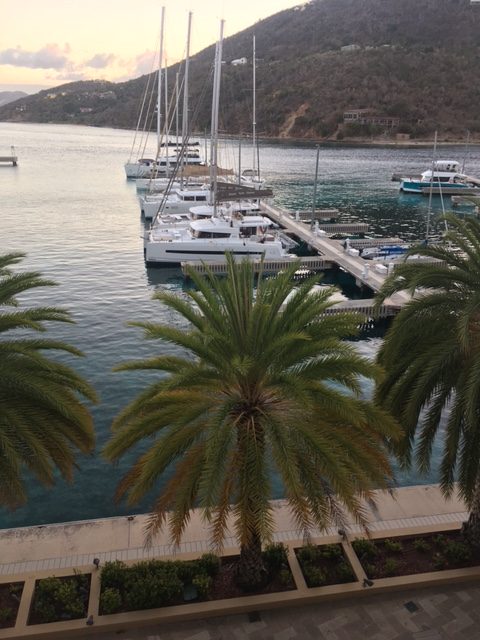 After one of the roughest years for tourism in recent memory, hotels, yachts and villas are beginning to fill up again at last, but stakeholders fear that staff shortage and a scarcity of information about entry protocols may hinder the recovery.

In a virtual panel discussion last month sponsored by the BVI Chamber of Commerce and Hotel Association, representatives from the yachting, hotel and taxi industries called on government to speed up and improve work permit processes to help businesses rebuild teams that dwindled during the height of the pandemic.

The territory saw only 26,601 visitors from January to July, according to numbers announced last month by the BVI Tourist Board, and business representatives said they need all the help they can get to ensure that they’ll be able to serve an influx of guests.

“Talking with other hoteliers on the island, they are seeing pretty good occupancies in both the villa and hotel side,” said Sharon FlaxBrutus, operations director for Virgin Gorda Villa Rentals and Leverick Bay Resort and Marina.

“We are a bit challenged as well in terms of employees’ work permits and securing those work permits to be able to train them. So I would say we are as ready as we can be given the circumstances and hoping that everything lines up so that we can have a great season. Because if we don’t, many will  not survive.”

Andrew Ball, chairman of the Marine Association of the Virgin Islands, called the reports for this season “great” so far. He warned, though, that the bookings at the start of last season were great too.

“But we couldn’t deliver on it,” he said. “So we have to take that with a grain of salt. I think we have a much better chance to deliver this season.”

Mr. Ball agreed with Ms. Flax-Brutus that work permits are a looming issue.

“One of the things that we’re seeing coming up is we lost a lot of the workforce, or at least the immigrant workforce, through Covid. And then there are work permit delays,” he said.

“I’ve got a boat that I’ve worked with [whose crew] want to get work permits, but they can’t come in while the work permit’s pending. So it’s actually easier to not work.”

He called on government to find a way to clear the bottleneck.

“People think I’m talking about cutting corners, but I’m not suggesting that at all,” he said, adding that improving the work permit process just means making it “more efficient.”

“We’ve been anticipating the open borders and just having people on the ground, period,” Mr. Henry said. “So whatever means they come by,
we don’t care, as long as they are available for us to work with. That’s our business. We’re looking to hopefully build some bridges with some of the industries out there: restaurants that partner with the data so we can
help get the word out.”

Janet Oliver, director of the Charter Yacht Society, said that  the organisation’s year is looking bright, too.

Since Hurricane Irma, when the organisation lost up to half its members, it has been slowly trying to build back, she said.

Of the 50 crewed yachts that are members now, 15 were added during the pandemic “simply because there were  some owners who really wanted to base here in the BVI, and so they made that commitment so that they could operate their business here,” Ms. Oliver explained.

However, although she praised government for streamlining the entry process, she implored officials to work with the industry to make entry protocols clearer to those who may not be tuned in to the local VI channels.

“We traditionally have a problem with putting things in writing and posting them anywhere and making them public,” she said. “Right now, they are changing fast and furiously.  What was a protocol yesterday
is not a protocol today. And I’m really concerned that there will be people who will just not know the way in.”

During the height of the pandemic, stakeholders said they heard frequent reports of businesses closing or relocating. For instance, it was big news last year when The Moorings opened a base in St. Thomas, with some predicting the move signaled a major blow to the VI yachting industry. Stakeholders in St. Thomas will continue to be busy, having added 200 mooring balls to help boost the industry there. However, Mr.
Ball predicted that some of that boat traffic will reach this territory anyway.

“However, at the end of the day, they’re still not the BVI,” he said. “So if we all work together, again, we can do that same thing here.”

He noted that some yacht owners also left the territory. “We’ve seen a lot of that investment fold and go to other jurisdictions, but we’ll get it back,” he said. “It’ll just take time.”

Despite some closures, panellists agreed that they were pleasantly surprised about the staying power of many VI businesses.