In 2012, the Ministry of Natural Resources and Labour issued four contracts for the development of the now-nonoperational BVI Fishing Complex, covering the installation of equipment such as walk-in freezers, …

END_OF_DOCUMENT_TOKEN_TO_BE_REPLACED 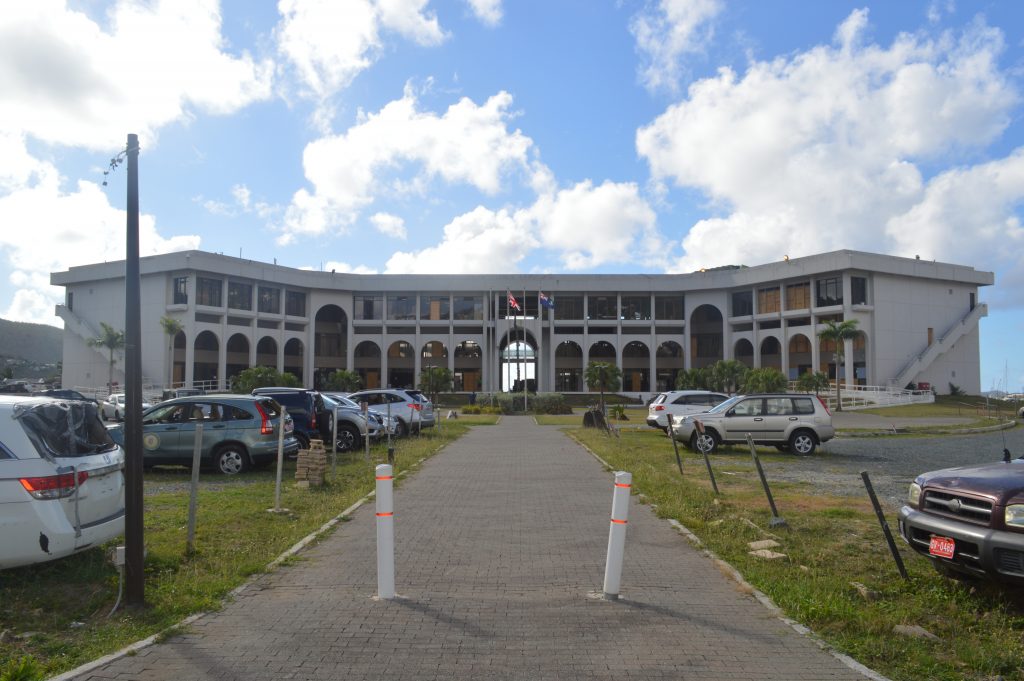 In 2012, the Ministry of Natural Resources and Labour issued four contracts for the development of the now-nonoperational BVI Fishing Complex, covering the installation of equipment such as walk-in freezers, ice and packaging machines, and an air conditioning system, according to a report from the Office of the Auditor General.

The contracts’ combined value was $206,278.18, more than double the $100,000-figure that serves as a benchmark designating what would have been called a “major contract” had all the services been awarded under a single agreement. That designation has important implications: Unless the procedure is waived by Cabinet, all major contracts are supposed to undergo a competitive public tender process — ideally putting all interested bidders on equal footing and selecting the best one based on merits — before they are awarded.

But when government officials split up a project into smaller chunks, they can circumvent that step entirely, skirting a requirement that is supposed to help secure the best value for money and weed out potential conflicts of interest.

In the Fishing Complex example, such a practice appears all the more evasive since three of the four agreements were awarded to the same company, Cool Air-Condition Limited, for a total value of $156,589.88 — more than 1.5 times the major contract benchmark.

In her 2012 report, Acting Auditor General Amoret Davies referred to the Fishing Complex agreements as “split project/contracts” — a type of government deal she and current Auditor General Sonia Webster have strongly criticised in each of the last four published audits of government accounts, which span two years of Virgin Islands Party governance in 2010 and 2011 and two years of National Democratic Party governance in 2012 and 2013.

Contract splitting refers to broken-up projects in general, whether multiple contracts are given to the same entity, as in Cool Air-Condition’s case, or they are each awarded to different contractors.

Though Ms. Davies’ report doesn’t confirm that each of Cool Air-Condition’s agreements sidestepped tendering, it is unlikely MNRL officials went to the trouble of putting them through individual public procurement processes when they weren’t required to. Attempts to reach Deputy Premier Dr. Kedrick Pickering, the MNRL minister; MNRL Permanent Secretary Ronald Smith-Berkeley; and Cool Air-Condition were not successful.

Contract splitting, the auditors argue, frequently results in the hiring of insufficiently qualified contractors who complete work of inconsistent quality.

They made a point to especially criticise when ministers and department heads award different parts of split projects to the same entity, as Dr. Pickering’s ministry did for Cool Air-Condition Limited. Such decisions countervail the primary argument some government officials provide in defence of the petty-contract system: that it spreads money around the territory and promotes skill development among different local contractors.

“The selection of contractors on a split contract is particularly susceptible to cronyism, nepotism and favouritism and has to a large extent become heavily politicised,” Ms. Webster wrote in the 2011 report, during her previous stint as auditor general. “This is all made easy by the fact that no formal competitive bidding is required and the works are now divided and costed in the budget by district.”

After several years of delays, Premier Dr. Orlando Smith finally began to publicise the audits on his government this summer, tabling the 2012 and 2013 reports in June.

By that point, Opposition Leader Andrew Fahie (R-D1) had already spent at least a year and a half publicly deriding the government for the delay, which was in part due to a nearly two-year vacancy at the auditor general position from 2015 to 2017.

In addition to fanning the flames of opposition criticism, government’s delayed audits may have had other consequences: After Hurricane Irma, the territory needed an influx of cash to fund the recovery effort. International financial institutions, however, considered lending millions to the VI a risky proposition due to government’s lack of financial documentation.

“If we had done our reports and had them audited, we would’ve been in a very good position,” said Financial Secretary Glenroy Forbes. “We could go to any institution and borrow money at relatively good rates.”

Without them, however, it would have been expensive for the territory to borrow on its own strength, necessitating help from the United Kingdom in the form of a £300 million loan guarantee.

The Public Works Department, for example, issued nine contracts totaling more than $300,000 for the “Georgy Hill Road Project” in Greenland in 2012. The following year, the Ministry of Communications and Works issued 15 Georgy Hill-related contracts, ranging from material to road paving to a sewerage treatment plant from BioSafe, for a total value of more than $670,000.

The practice also happens on the sister islands: In 2012, the Ministry of Education and Culture awarded four different contracts — totaling more than $233,000 — to build a new classroom for the Anegada preschool. The next year, the MEC issued seven contracts worth nearly $505,000 for works related to the Virgin Gorda Recreational Facility, ranging from landscaping to project management to decorative walling.

These are just some of dozens of projects in 2012 and 2013 that have total costs exceeding $100,000 but were split into multiple petty contracts less than that amount.

Ms. Davies called the practice “pervasive” in the 2012 report, and Ms. Webster noted in the 2013 analysis that insufficient regulations opened the door for splitting.

It’s not just the territory’s past and present auditor generals who criticise contract splitting: The Organisation for Economic Co-operation and Development lists the practice as an integrity risk in a government’s public procurement process.

The Caribbean Development Bank also decried it in a 2016 report on the territory’s procurement system.

“While such a strategy will ensure that local contractors participate,” the report stated, “it limits their technical competence and development potential to become larger and more successful.”

The report — commissioned by government after the Public Accounts Committee alleged improper tendering practices for the Tortola Pier Park — added that contract splitting can also “frequently result in inconsistent quality of the final product.”

Overall, it found that the VI’s procurement system fell short of international best practice in 32 of the 54 areas that were measured, averaging especially low marks in the 18 subcomponents of the category labelled “integrity and transparency in the public procurement system.”

The report recommended mandating the use of procurement plans with implementation timeframes for projects above a certain value. Those plans should include an implementation schedule, as well as information such as estimated cost, method of selection, and start and finish dates for projects, according to the CDB.

Not everyone condemns contract splitting, however.

Though Mr. Walwyn (R-at large) acknowledges that method increased the cost of the project — MEC officials estimate it will cost a total of about $1.1 million to finish, up from the original appropriation of $828,000 — he vouched for the benefits it offered the community and the quality of work it achieved.

“The petty contract system has been a system that has served the country well,” the minister said in an interview with the Beacon in July. “Of course, there have been some areas where it needs to be improved, but it’s a good way to provide an economic stimulus in the community, and a lot of contractors have been born out of that very system.”

Mr. Walwyn argued that his ministry’s due diligence procedures ensured that the government received good quality work for its money, and the MEC’s staggered payment schedule — with only 10 percent of the contract paid upon mobilisation of a project — safeguarded the system against incomplete work.

Asked about auditors’ and the OECD’s warnings against contract splitting, Mr. Walwyn pointed to the VI’s small size.

“One of the things we have to bear in mind is where we live,” he explained. “We live in a very small country, where families — people — are connected to each other and what you might see happen in England, the United States, where people don’t know people, and don’t have that real connection, sometimes some of the things that we try to avoid we can’t avoid them because of the nature of the country that we live in.”

This summer, Mr. Walwyn replaced Dr. Smith (R-at large) as chairman of the NDP and would likely serve as premier should the party retake the House of Assembly in the next general election, which is constitutionally due by the end of next August.

In his written responses to the 2012 and 2013 audit reports, Mr. Forbes, the financial secretary, acknowledged the problem of contract splitting.

“While I perhaps understand the need to do so in certain instances, it should not be the norm,” he wrote in May.

He noted that in his previous tenure as FS, the Executive Council — now called Cabinet — was asked to approve a policy and guidelines on the splitting of major contracts, which it did. Now, he plans to reissue contract guidelines and work closely with the ministries and departments to ensure their enforcement.

“Work is now ongoing to implement a Procurement Act and Guidelines to treat this issue and several other matters,” he wrote.

However, in an interview with the Beacon last month, Mr. Forbes acknowledged that he hadn’t made much progress on the guidelines.

In his Speech from the Throne on Sept. 13, Governor Gus Jaspert listed the Procurement Act as one item on the elected government’s upcoming agenda for this legislative session.

“A new bill for the procurement of goods and services will be introduced with a supporting handbook to further create and regulate a new framework for the public procurement process that promotes integrity, fairness, transparency, value for money, efficiency and flexibility,” he said.