Despite challenges and budget cuts, the August Emancipation Festival officially kicked off Friday afternoon in the lot next to the Central Administration Building, amid booths full of traditional food, steel …

END_OF_DOCUMENT_TOKEN_TO_BE_REPLACED 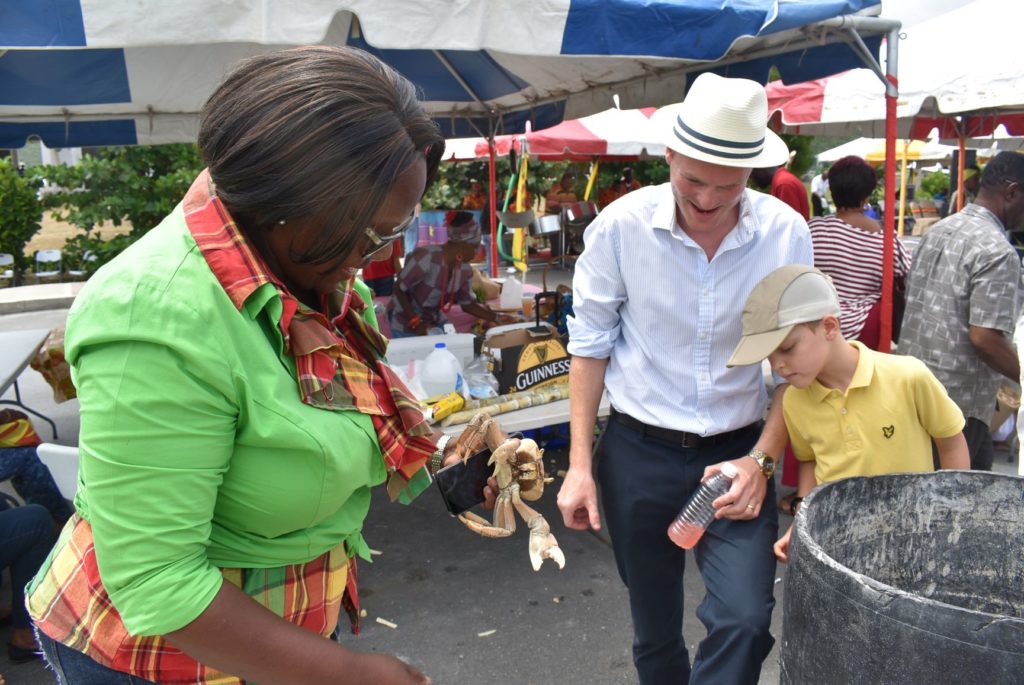 Despite challenges and budget cuts, the August Emancipation Festival officially kicked off Friday afternoon in the lot next to the Central Administration Building, amid booths full of traditional food, steel pan drumming, and dramatic presentations that reflected on the sometimes untold history of the Virgin Islands.

Public officials, pageant royalty and members of the Virgin Islands Festivals and Fairs committee were on hand to officially open the annual event, which had its budget cut in half amid the ongoing recovery from last year’s hurricanes.

Acting Premier Dr. Kedrick Pickering discussed the meaning of this year’s festival theme: “Restore and revive our cultural scene, BVI strong for Festival 2018.” He said this year’s focus on culture was especially poignant.

“It was almost a year ago we were faced with a life-changing experience which drove us to evaluate our lifestyle,” he said.

“We had to apply new skillsets in order to survive; our very presence out here this afternoon shows our ability to adapt to the changing times and changing environment. As I look at the crowd now, I see hope; I see a people with resilience…That is the culture of the people of the Virgin Islands.”

The festival will continue until the end of next week.