Banking to return to Virgin Gorda

Starting in August, for the first time in almost a year, Virgin Gorda residents will have access to full banking services, government announced last week. “Following a series of meetings …

END_OF_DOCUMENT_TOKEN_TO_BE_REPLACED 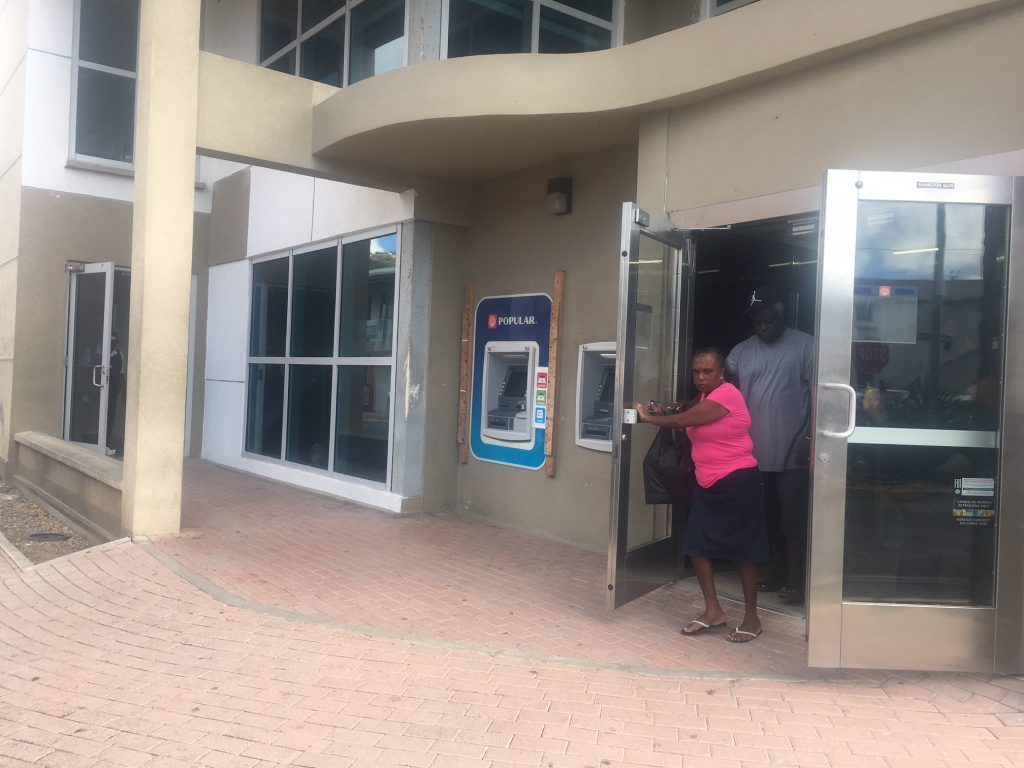 Government has announced that Banco Popular (above, in Road Town) will open a branch in Virgin Gorda in August. (Photo: CLAIRE SHEFCHIK)

Starting in August, for the first time in almost a year, Virgin Gorda residents will have access to full banking services, government announced last week.

“Following a series of meetings with representatives from Banco Popular, your government was successful in negotiating a banking solution for the residents and visitors on the sister island,” Premier Andrew Fahie said in an April 3 press release.

He did not provide additional details of the negotiations, and his office had not responded to requests for more information as of press time. Yesterday a manager at the bank’s Tortola branch said officials were preparing a statement on the decision, but declined to comment before then.

The bank will offer full services two to three days a week.

Last month, the premier announced that he, along with Junior Minister of Tourism Shereen Flax-Charles (R-at large) and Natural Resources, Labour and Immigration Minister Vincent Wheatley (R-D9) had a “fruitful meeting” with Banco Popular executives about opening a branch on the island.

VG has been without full, on-the-ground banking services after a series of recent closures. In September, Scotiabank closed its branch there after announcing that it would refocus its operations on digital banking.

That left only limited automatic teller machine services on the island.

Banco Popular, which is headquartered in Puerto Rico and has branches in the United States, Caribbean, and Latin America, hasn’t been the only candidate for opening a branch on VG, however. At the time Scotiabank closed, then-Premier Dr. Orlando Smith announced that he was speaking “urgently” to National Bank of the Virgin Islands Chairman Clarence Faulkner about bringing services to the sister island.

The idea of Banco Popular opening in VG first surfaced in July 2018, when then-Ninth District Representative Dr. Hubert O’Neal announced in the House of Assembly that Banco Popular was considering opening a branch on VG, and later toured the island with representatives from the bank. He said in a press release that it could open in a matter of weeks.

In August 2018, when no bank had yet opened, NBVI issued “Fast Passes” to residents of VG and the other sister islands after CEO Joy Francis visited VG, Jost Van Dyke and Anegada and quizzed residents about their needs.

She said one of the most common complaints she heard was all the time they had to spend waiting at the bank, when they had numerous errands to run during trips to Tortola.

“The Fast Pass addresses this issue and gives us a chance to serve our sister island clients better,” she said at the time.

Sister Islands Coordinator Sasha Flax, who was not involved in the negotiations, said, “With the sister islands based on tourism and hospitality … we need banking to be able to function properly.”

When it opens, the Banco Popular branch will be only bank on any of the sister islands.

“Sister island residents have to stand in the line every- one does, but we have the catch the ferries to come over,” Ms. Flax said. “Other banks could be more considerate and try to do something like the fast pass.”