Business > Beer designed to be VI’s ‘own’

Beer designed to be VI’s ‘own’

When Robin Periana and Mike Kyne began exploring the Virgin Islands, hoping to find a place to begin new chapters of their lives, it didn’t take long before a business …

END_OF_DOCUMENT_TOKEN_TO_BE_REPLACED 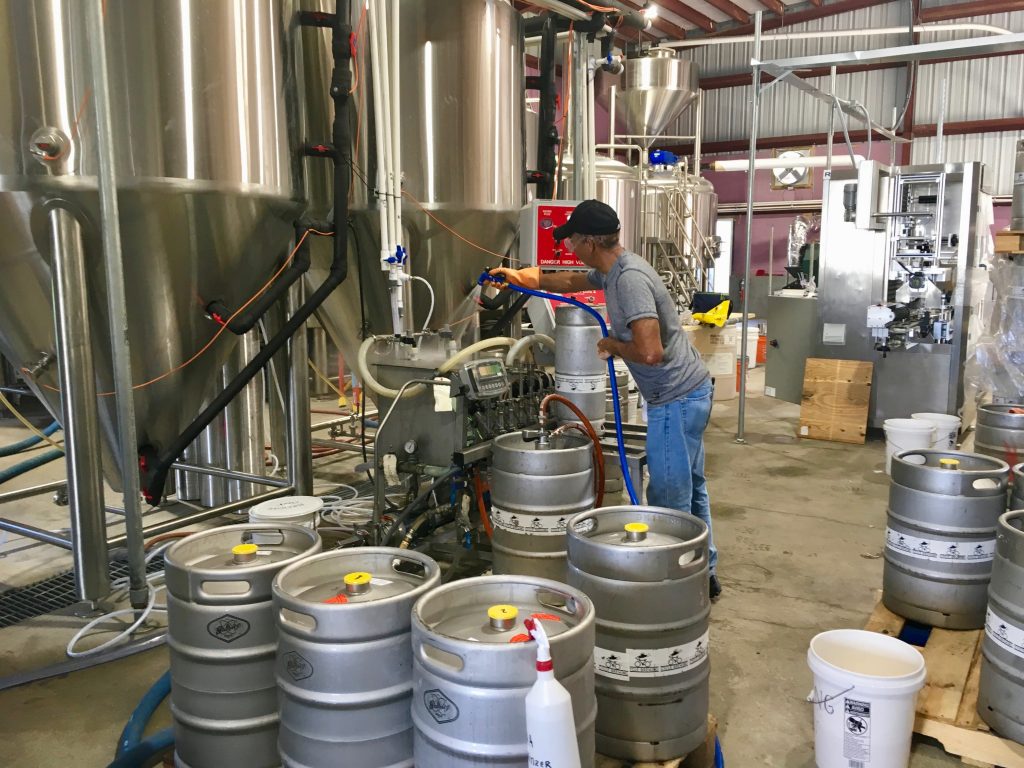 Brewmaster Jose Ayala prepares to brew Tola Beverage Company’s initial batch of beer at the company’s site at Road Reef. The beer will be distributed around the territory soon, the owners said. (Photo: PROVIDED)

When Robin Periana and Mike Kyne began exploring the Virgin Islands, hoping to find a place to begin new chapters of their lives, it didn’t take long before a business idea came to them.

“We began hearing from cruise ship visitors: … ‘What is the local beer?’” explained Mr. Periana.

To their surprise, there wasn’t one. Instead, VI shops and bars have long been stocked with brews from Trinidad, Dominican Republic, Jamaica and further abroad, and residents have adopted those imports as their own.

This month, that could start to change, according to Mr. Periana, the chief operating officer of Tola Beverage Company.

In November, Cabinet granted the business “pioneer status” under the Pioneer Services and Enterprises Ordinance.

“This is our [VI] beer: not Red Stripe or Carib,” he explained. “It’s something that is beneficial to the country.” 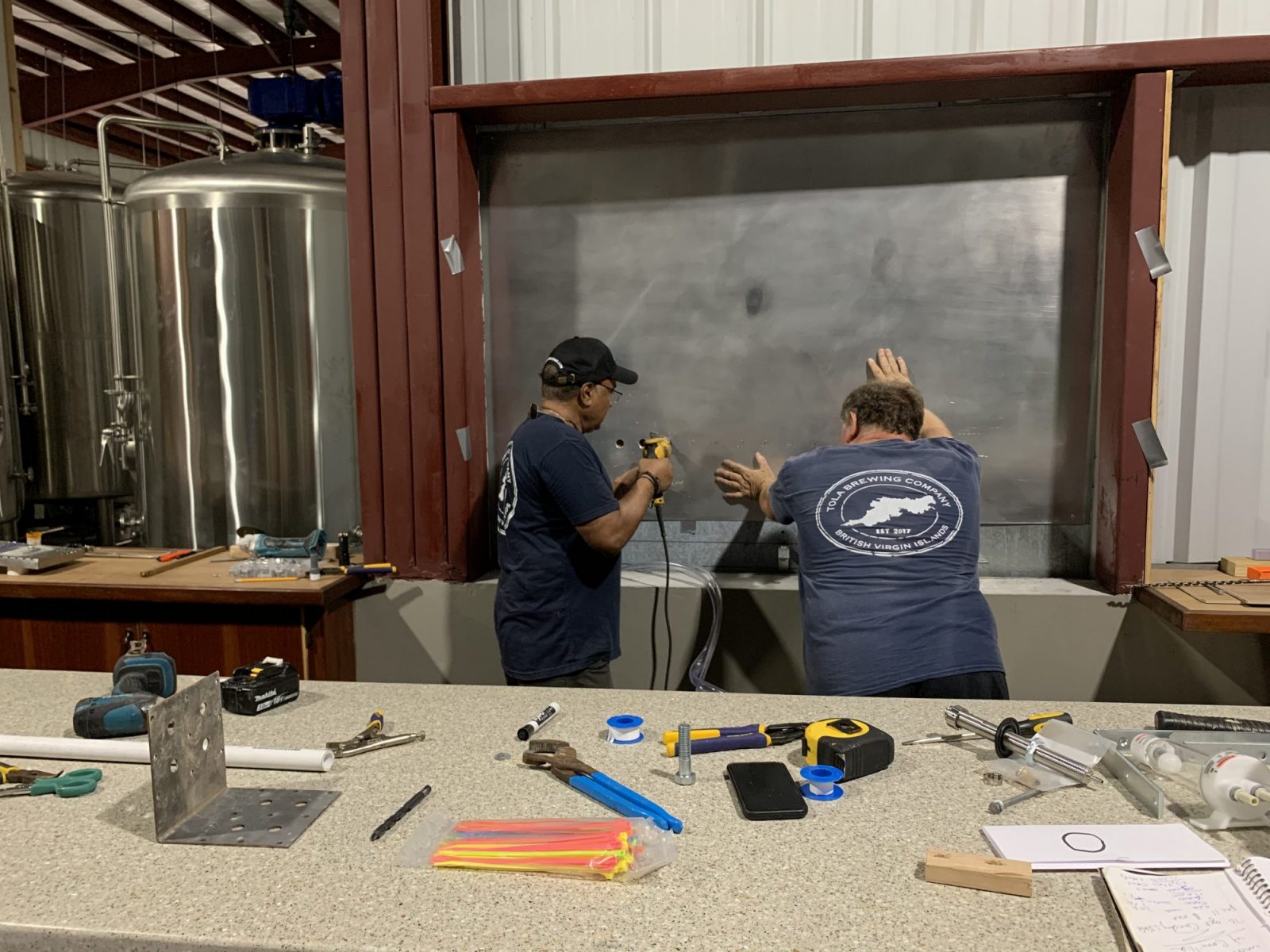 On Friday, patrons at the Governor’s Gourmet Gathering were some of the first VI residents to sample those first beers — which for now include premium lager, 1864 (or “Schaefer- style”) lager and India pale ale. Light beer, stout and chocolate stout will follow. These styles and 13 others eventually will be available for purchase at retailers around the territory, according to Mr. Periana.

Tola is the territory’s largest brewery (Cooper Island Beach Club also produces craft beer, but on a smaller scale).The Road Reef facility has
now brewed its first batch of beer, and is set to open the doors of its taproom to the public next month. That’s where brewmasters will really get creative.

Inside, customers will be able to choose from a rotating variety of brews pumping out of 14 taps, with “local flavours and local tastes in mind,” Mr. Periana said.

“People might say, I would love to have a golden blonde IPA, and the brewmaster would look at his recipes and say, ‘Oh, let’s try that,’” he said.

Soon, their offerings could grow to include lemongrass-flavoured sparkling water, guava vodka or others.

Tola beer will be different in other ways too. The owners noticed that much imported beer is left outside in the sun for days.

“Because we don’t use preservatives, we only brew limited quantities for storage but always [have] a fresh supply to choose from,” Mr. Periana said. 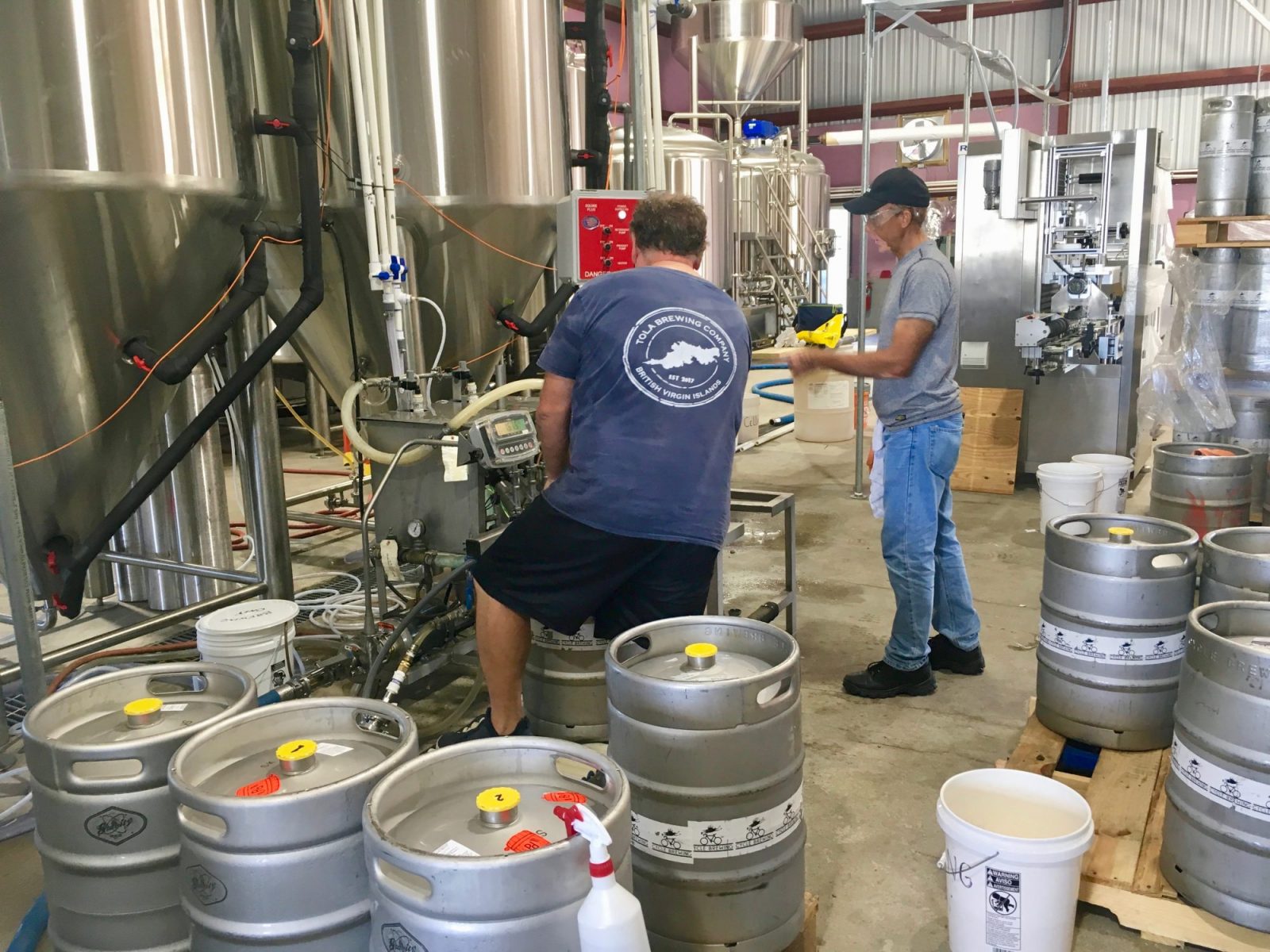 Word is starting to spread. The owners say safari buses have already discovered their location, rolling up and asking if they’re open.

“We’ll start with them,” Mr. Periana said, “but in time, we want to be serving the late-night crowd and everyone else.”

‘State of the art’

For the owners, the journey to opening their doors has been a lesson in endurance more than two years in the making.

After the initial Road Reef site — located in a lofty ware- house across from the VI Search and Rescue Base — was “bulldozed” by Hurricane Irma, they “found two magnificent sites that took months to negotiate leases and building designs,” according to Mr. Periana.

It was then that their original landlord got an insurance settlement and announced plans to rebuild. Once they settled on a site, they had to learn fast.

“None of us were aware or had any experienced shipping goods offshore,” he said. “Whether an elbow or a screw, we have to bring it in from offshore.”

Earlier this month, the facility was already loaded down with kegs on dollies waiting to be shipped out to bars. Once cans arrive, they’ll be stocked in shops around the VI and also sold during major events like the August Emancipation Festival. 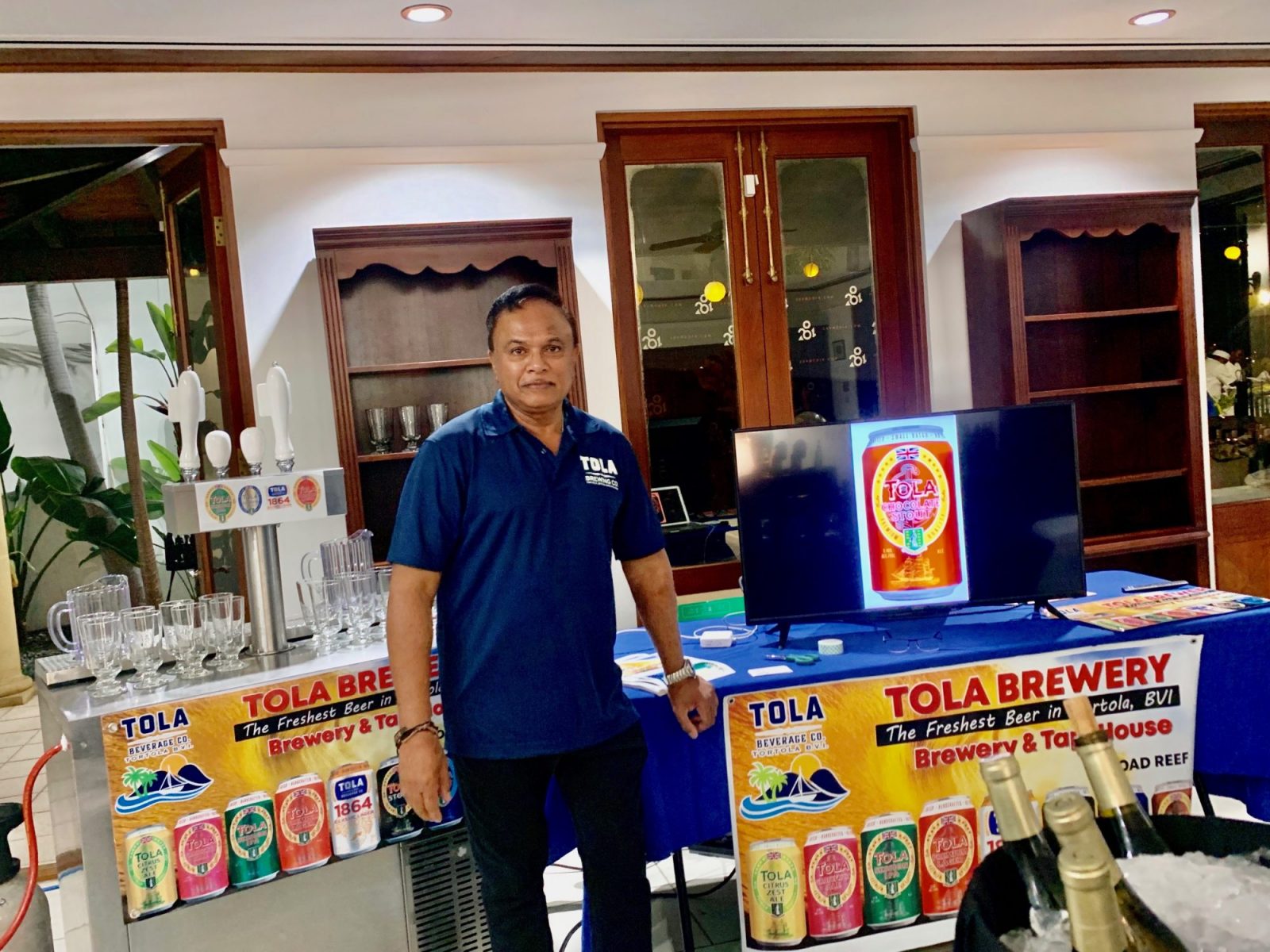 As the company expands, the owners plan to hire more staff both locally and from abroad, including an additional brewmaster and an assistant brewer.

For now, however, they are still wearing several hats. Earlier this month, Mr. Kyne coated the bar with fresh paint, while brewmaster Jose Ayala — who spent 30 years working at breweries including the Boston Beer Company, makers of Samuel Adams — tended to the towering, shiny vats of beer in the US-manufactured facilities, which Mr. Periana described as “state-of-the-art” equipment able to brew 30 barrels at a time, for a total of 450 cases of beer each time they brew.

“The experience is never the same from month to month as we are always crafting new flavours,” Mr. Periana said. “It is all about discovering and sharing new beers with friends. What we’re trying to do here is to say to the BVI, ‘You have your own beer.’”

This story was edited to clarify the birthplace of Mr. Periana.