Governor Gus Jaspert, who has served the Virgin Islands for just over three years, announced today that current Bermuda Governor John Rankin will take his place at the start of …

END_OF_DOCUMENT_TOKEN_TO_BE_REPLACED 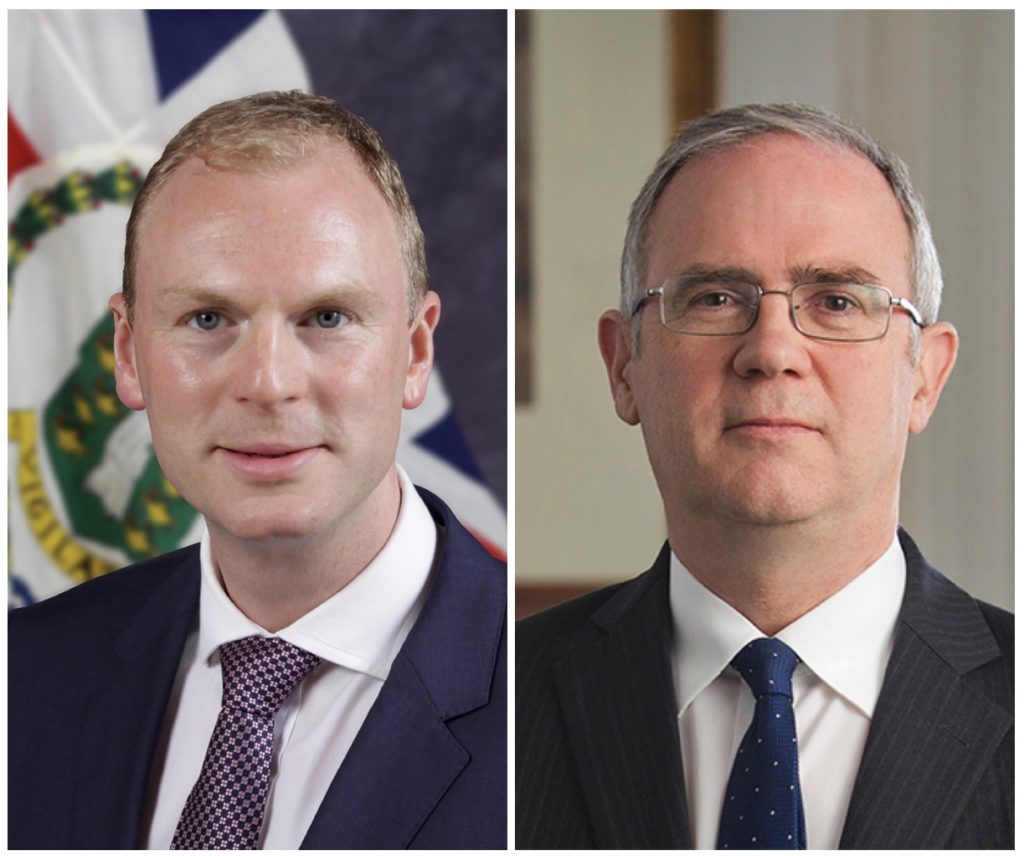 Outgoing Governor Gus Jaspert (left) announced today that current Bermuda Governor John Rankin will be replacing him at the start of 2021, after the hurricane season. (Photos: PROVIDED)

Governor Gus Jaspert, who has served the Virgin Islands for just over three years, announced today that current Bermuda Governor John Rankin will take his place at the start of the new year.

Mr. Rankin has more than 30 years of experience in public service, including his ambassadorship to Nepal, his role as British high commissioner and non-resident high commissioner to the Maldives, and his leadership as director of the Foreign and Commonwealth Office in the Americas.

He will assume the position as VI governor at the beginning of the year, following a four-year stint in Bermuda.

Mr. Jaspert — who arrived about two weeks before the territory was devastated by Hurricane Irma in 2017 — previously had his appointment extended so the territory wouldn’t see a change in leadership amid the unprecedented challenges of the Covid-19 pandemic and an unusually active hurricane season.

“Governors have changed normally in August, which isn’t a very good plan,” Mr. Jaspert said during an interview earlier this month. “So I will be making sure that we’re not changing governor in the middle of a hurricane season, and giving them enough time to get pretty up to speed. … I wouldn’t want any successors to have the experience I had of being two weeks in and having to deal with Irma.”

Mr. Jaspert joined central government in the United Kingdom in 2007 as part of a team tackling social exclusion, according to a statement announcing his appointment in 2017. He later helped reform public services including police, prisons and courts in the Prime Minister’s Delivery Unit.

Here in the VI, the governor focused largely on recovery efforts from the 2017 hurricanes, but also pushed vocally for transparency and good-governance measures.

During his remaining months as governor, Mr. Jaspert said he plans to help implement the next phases of the Covid-19 response, continue hurricane preparedness work, improve security and justice systems in the territory, support public sector transformations, and promote good governance.

“On a personal level, my family and I will be sad to leave the people and beautiful islands that have made us feel at home,” Mr. Jaspert said in the press release issued today. “I am very grateful for the opportunity to have met and worked with so many inspiring individuals and to have served the people of the BVI over the past years.”