Last week, Health and Social Development Minister Carvin Malone said that health officials had discovered an “overcrowded” building on Wickhams Cay that has been illegally converted into residential use, and that …

END_OF_DOCUMENT_TOKEN_TO_BE_REPLACED 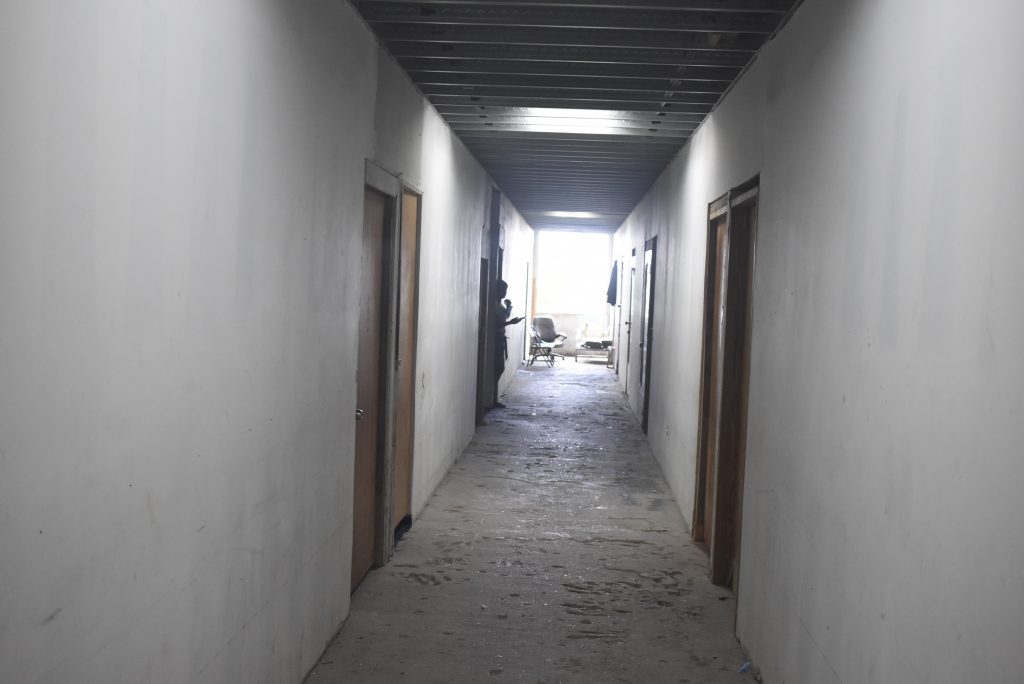 Betteto Frett claims that he is lawfully allowed to rent out living space in his hurricane-damaged Wickhams Cay building, which is currently home to an estimated 70 people. In a letter last week, he pressured elected officials to find suitable housing for tenants he said could not afford to pay his rent. (Photo: JOEY WALDINGER)

Last week, Health and Social Development Minister Carvin Malone said that health officials had discovered an “overcrowded” building on Wickhams Cay that has been illegally converted into residential use, and that all occupants were subsequently tested for Covid-19 and placed under quarantine.

Though he did not specify what law had been broken, the minister also warned in a Sept.16 statement that any property owners engaging in illegal activities should cease them or face the wrath of law.

But on Friday, the Beacon obtained a response letter from Betteto Frett, the owner of a Hurricane Irma-damaged Wickhams Cay building where law enforcers discovered 72 people during an early morning raid on Sept. 6 that resulted in the arrest of two Venezuelans for overstaying their landing permits.

In the letter, addressed to an unnamed “honourable minister,” Mr. Frett claimed that he is lawfully allowed to rent living space in his building, and he pressured government to take better care of struggling residents, including some in his building who cannot afford the rent.

The letter claims that the user clause of Mr. Frett’s lease of Wickhams Cay land allows him to use the building “only for the purpose of shopping, services, catering, amusements, offices, residential facilities … or such other purpose as may be approved in writing from time to time.”

“Therefore,” he wrote, “I am not in violation of my lease to have people living on my property.”

Mr. Frett also denied that his building is “overcrowded.”

According to the letter, a number of shops and offices occupy the ground floor — he did not say how many and declined to grant an interview — while there are 20 rooms on the second floor, and 17 rooms on both the third and fourth floors, with a total maximum capacity of 116 people. As there are currently fewer than 116 people living in the building, he claimed, it is not overcrowded, though he did not specify the building’s residential capacity.

The building’s residents, he added, include Virgin Islanders and expatriates. Some of them cannot afford to live there, Mr. Frett said, adding that he is waiving their $300 monthly rent and providing them with food.

“The government has a responsibility to assist these less fortunate and failed to do so, and now they have become a burden on me,” Mr. Frett wrote, adding, “I have no problem if the government wants to shut down the place, but please find suitable and affordable accommodation for them.”

Attempts to reach Messrs. Malone and Vanterpool were unsuccessful.