On Dec. 4 the Bregado Flax Educational Centre became the first entity in the Virgin Islands to be outfitted with a functional “grid-tied” renewable energy system, according a Tuesday press …

END_OF_DOCUMENT_TOKEN_TO_BE_REPLACED 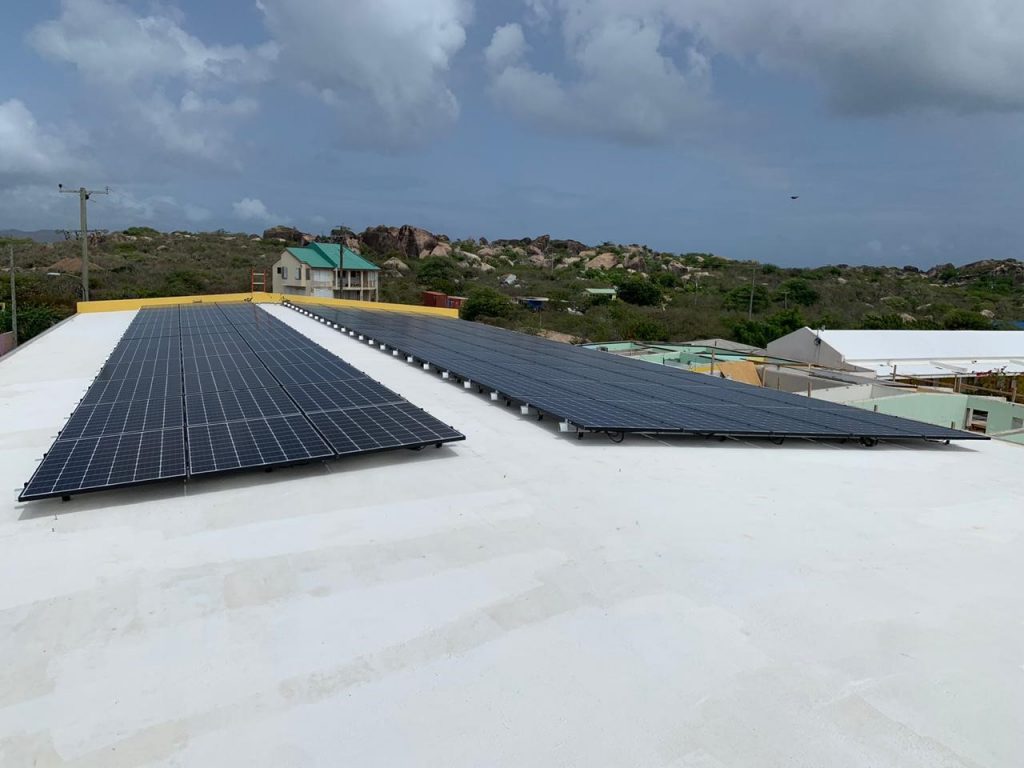 As the Virgin Islands’ first entity to be outfitted with a functioning grid-tied renewable energy system, Bregado Flax Educational Centre will be able to feed excess energy back into the grid. (Photo: PROVIDED)

On Dec. 4 the Bregado Flax Educational Centre became the first entity in the Virgin Islands to be outfitted with a functional “grid-tied” renewable energy system, according a Tuesday press release from the BVI Electricity Corporation.

After passing an inspection from Sean Hartley of Amandla Engineering, the renewable technology fixed onto the school is now capable of feeding the excess energy it produces back into the utility’s grid.

“This is a proud moment for the BVI,” BVIEC Chairwoman Rosemarie Flax said.

“We will continue to be relentless in fulfilling the areas of commitment regarding the territory’s energy transformation well into the future.”

There have been previous attempts to establish grid-tie renewable systems in the Virgin Islands. As part of a partnership with Green VI, the Youth Empowerment Project in Fat Hogs Bay installed solar panels in July 2019 with the intention of feeding power back into the grid.

But the system failed an inspection the following December, and the planned grid connection never got up and running.

Tuesday’s announcement follows other advances the utility has made in the past year to boost renewable energy production, including the awarding of a contract to a United States company to build a hybrid solar grid on Anegada, which BVIEC General Manager Leroy Abraham has said will bring the territory “very close” to its goal of reducing fossil fuel emissions on the island 80 percent by 2021.

However, several of the VI’s other ten-year energy goals, including generating 30 percent of the territory’s energy by renewable means by 2023, remain far off.

Though residents have long been able to use solar panels and other forms of renewable energy as back-up sources of power, it was not until the BVIEC Ordinance was amended in 2015 that they were allowed to feed energy back into the grid, and another three years passed before new regulations came online establishing that only certified electricians would be allowed to make the connection between home and grid.

However, few electricians have been able to obtain this certification — known as a class E licence — and so most of the renewable systems set up before the 2018 regulations took effect are neither connected to the grid nor operating legally.

“BVIEC is currently in the process of contacting owners of other renewable energy generation facilities within the territory to request that they regularise these systems and bring them in compliance with the applicable laws and industry codes,” the press release stated.