The spotlight has turned to more sustainable practices as the Virgin Islands looks to create a more self-sufficient food industry, and an early iteration of proposed legislation is designed to …

END_OF_DOCUMENT_TOKEN_TO_BE_REPLACED 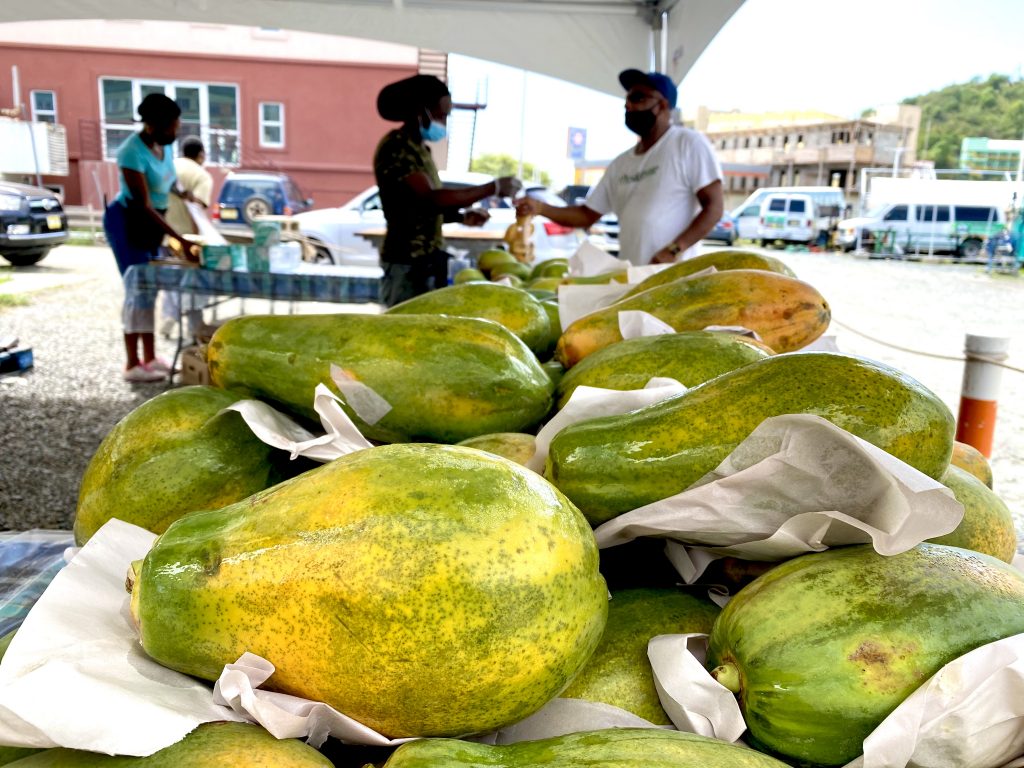 The spotlight has turned to more sustainable practices as the Virgin Islands looks to create a more self-sufficient food industry, and an early iteration of proposed legislation is designed to facilitate that growth.

During a virtual forum last Thursday, government sought public input on a draft of the 95-page Food Security and Sustainability Bill.

“We have identified agriculture and fisheries as key to the diversification of our economy, and also to provide food security,” Deputy Premier Dr. Natalio “Sowande” Wheatley said during the online public meeting, explaining the issues the Covid-19 pandemic has brought to light. “Many persons have become aware of the vulnerability we have as it pertains to food security, with most of our food being imported from the United States.”

Also during the forum, Dr. Wheatley and a panel of experts welcomed questions and input from community members about the proposed law.

The legislation would reorganise the government agencies that oversee farming and fishing; set policy for sustainable, safe agriculture production; give new powers for leadership to manage local fisheries; regulate the licensing of commercial farms, food processing and exporting; outline offences regarding livestock, fishing methods and animal cruelty; and enact regulations for dog ownership, among other measures.

Dr. Wheatley said he tasked George de Bert Romilly, a Canadian specialist in climate change and environmental law, with drafting the bill. To that end, Mr. Romilly reviewed several pieces of existing legislation, some long outdated, and formulated a comprehensive framework to govern agriculture and fisheries in the territory, the minister explained.

“The exercise that we’re going through is a long-needed exercise,” said Dr. Wheatley, who is also the minister of education, culture, youth affairs, fisheries and agriculture.

The bill also drew from recommendations based on reviews conducted between 2017 and 2019, including the Assessment of the VI Marine and Fisheries Sector; the Green Paper Proposed Revisions to the VI Fisheries Act No. 4 of 1997; and the Issue Paper Review and Revision of Legislation for the Proposed VI Department of Agriculture and Fisheries.

Some of the higher-level changes under the bill include merging government agencies to create one Department of Agriculture, Fisheries and Food Security responsible for the regulation and policy oversight of these sectors.

It would support the sustainable and economically viable development of agriculture and fisheries business in the territory, while also assisting in forming national policy to guide that growth.

Forum viewers had the opportunity to comment or ask questions of officials including Dr. Wheatley, Mr. Romilly, and Abbi Christopher from the Ministry of Natural Resources, Labour and Immigration.

One focus of the conversation was the marketing aspect of the industry, particularly the management of the complex as a for-profit business.

But community members had questions about all sorts of aspects of homegrown produce, from commercial operations to backyard gardens.

“Some businesses are charging an arm and a leg for a plant,” Ms. Stoutt wrote in the forum comments. “This will encourage more backyard planting.”

Shawn Claxton commented that it would be important for government to determine the economic sustainability of the fisheries, balancing the number of fishers with the draw on aquatic nurseries.

Earlier this year, Dr. Wheatley noted that the territory spent $377 million on food imports in 2018 and called for renewed efforts to grow more produce in the VI to both increase the territory’s ability to be sustainable and diversify the economy.

After officials consider the public’s input, the bill will need to come for a first reading in the House of Assembly before legislators can debate it. The House has not yet announced a date for its next sitting.